SOS: Save our sawfish

SOS: Save our sawfish 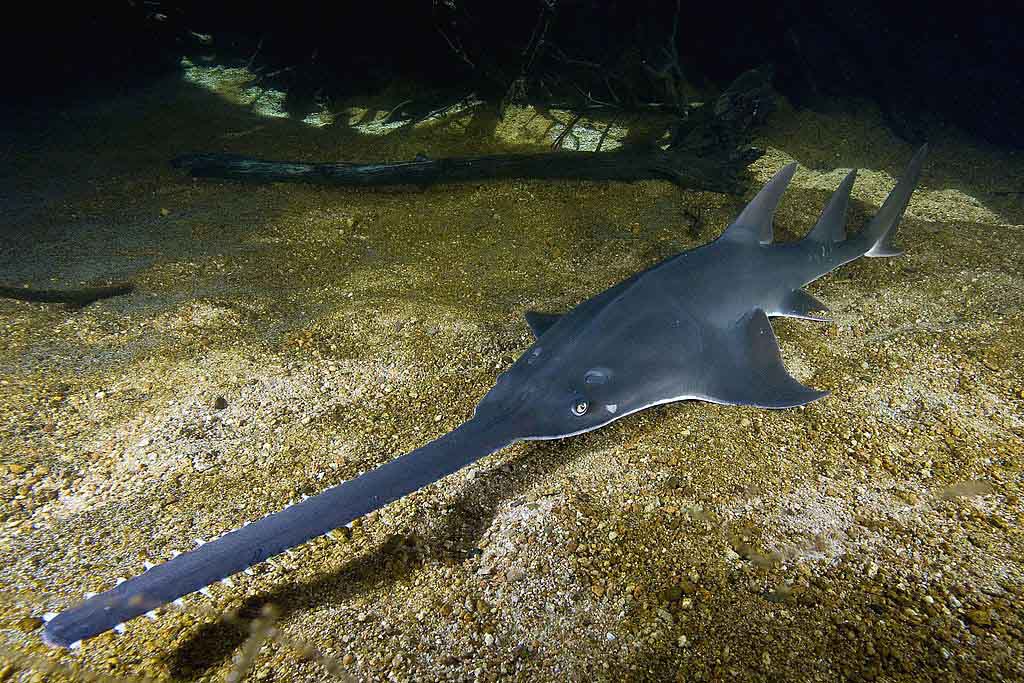 The Pristis pristis species of sawfish, in Queensland. (Picture: SFU)

Scuba divers rarely get to see sawfish – which is not surprising, because the rays have disappeared from half the world’s coastal waters and now face extinction unless urgent action is taken, according to researchers at Simon Fraser University (SFU) in Canada.

Classed among the world’s most threatened marine fish families, three of the five known species of sawfish are rated Critically Endangered on the IUCN Red List of Threatened Species, with the other two Endangered. Sawfish are now presumed extinct from just over half of the 90 countries where they were once found – in 18 countries at least one species is missing, and in 28 others two species have vanished.

Also known as carpenter sharks, the rays can grow to more than 7m in length. Their fins are among the most prized in the global shark-fin trade, while the sharp teeth on their extended noses, or rostra, are easily caught in fishing nets and are sold for novelty, medicine and as cockfighting spurs.

SFU researchers Helen Yan and Nick Dulvy conclude in a new study that complete extinction is possible if nothing is done to curb overfishing and to protect threatened sawfish habitats, such as mangroves.

“We are documenting the first cases of a wide-ranging marine fish being driven to local extinction by overfishing,” says Dulvy.

“We’ve known for a while that the dramatic expansion of fishing is the primary threat to ocean biodiversity, but robust population assessment is difficult for low-priority fishes whose catches have been poorly monitored over time.

“With this study, we tackle a fundamental challenge for tracking biodiversity change: discerning severe population declines from local extinction.”

The researchers recommend that international conservation efforts should focus on eight countries in which they might still prove effective: Brazil, Columbia, Cuba, Madagascar, Mexico, Panama, Sri Lanka and Tanzania. Australia and the USA, where some sawfish are still present and some protection measures are in place, should be considered “lifeboat” nations.

“While the situation is dire, we hope to offset the bad news by highlighting our informed identification of these priority nations with hope for saving sawfish in their waters,” says Yan. “It’s actually still possible to restore sawfish to more than 70 per cent of their historical range – if we act now.”