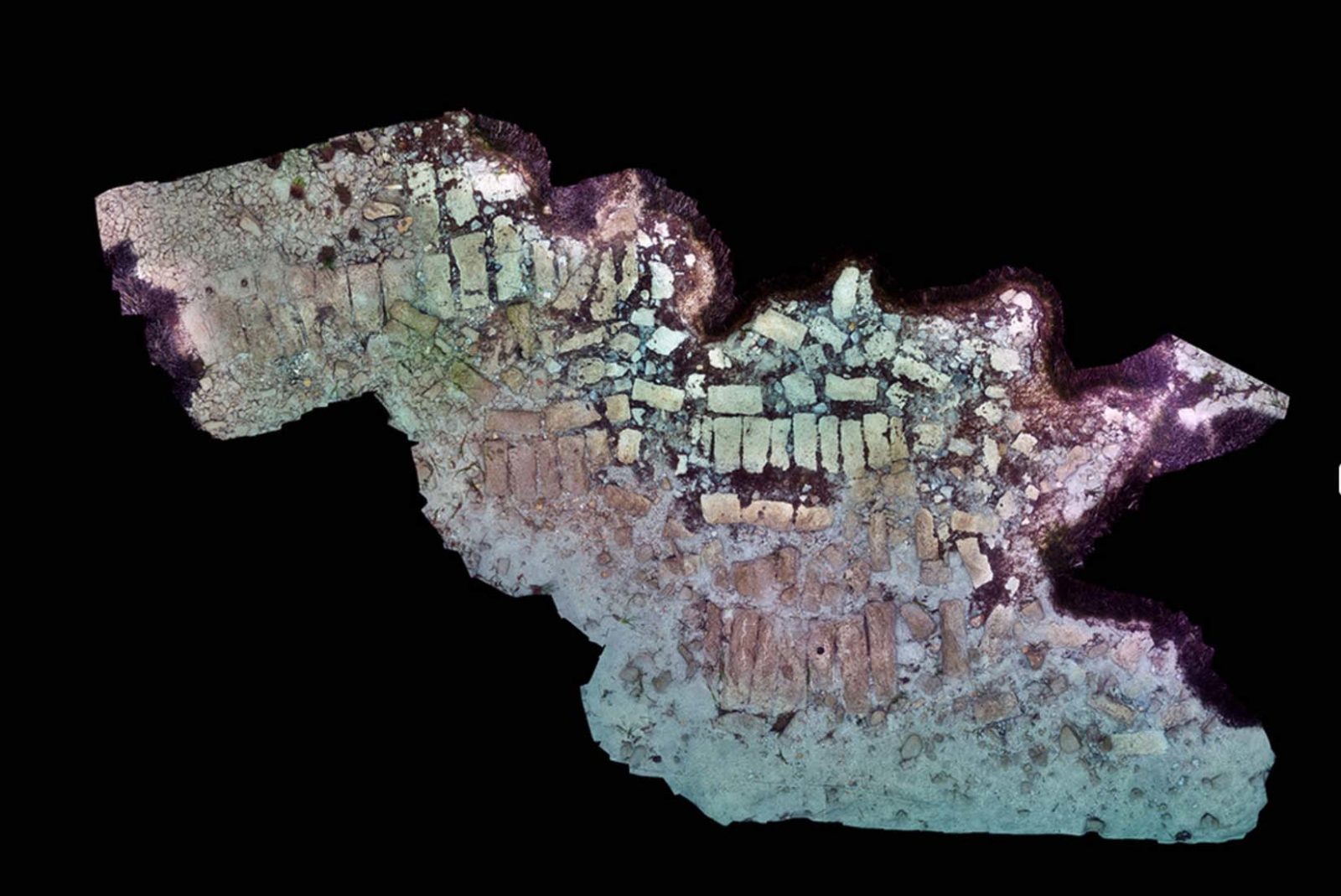 Area in Poros where a submerged structure was cleaned. (Picture: YPPOA)

The ancient sunken city of Olus and its surroundings in Crete’s Elounda Bay have been revisited by an archaeological dive-team, Greece’s Ministry of Culture & Sports has reported.

Ephorate of Marine Antiquities and volunteer divers, scientists and geophysicists from the Institute of Mediterranean Studies’ Satellite Remote Sensing Laboratory were examining the site for the fourth year in a row.

Olus was a leading harbour city in ancient Crete that once had a population of more than 30,000. Ancient inscriptions found in its ruins have linked it with Knossos and the island of Rhodes, and its eventual disappearance could have been the result of a major earthquake in 780AD.

The latest data collected combined with that from previous years and the study of sources “gradually clarifies the picture of the ancient city and its territory”, said the ministry.

The divers focused on a central area called ​​Poros, clearing sand and weed to expose the upper brickwork of a large elongated structure, thought to be either part of the city wall or a jetty.

Work on other structures provided data that was digitally processed into 3D images. The seabed substrate was examined as deep as 1.5m using electrical and magnetic resonance imaging to detect ancient structures and learn more about those visible at the surface.

In Krios Bay scattered pottery was found, indicating its use as an anchorage, while in Vathi Bay, where a submerged building complex had been documented earlier, Minoan ceramics were found mingled with purple oysters.

In the Tsifliki area, images were captured of the sunken remains of buildings and an elongated structure thought to have been a road leading to the bays.