Swimming in circles – but why?

Swimming in circles – but why? 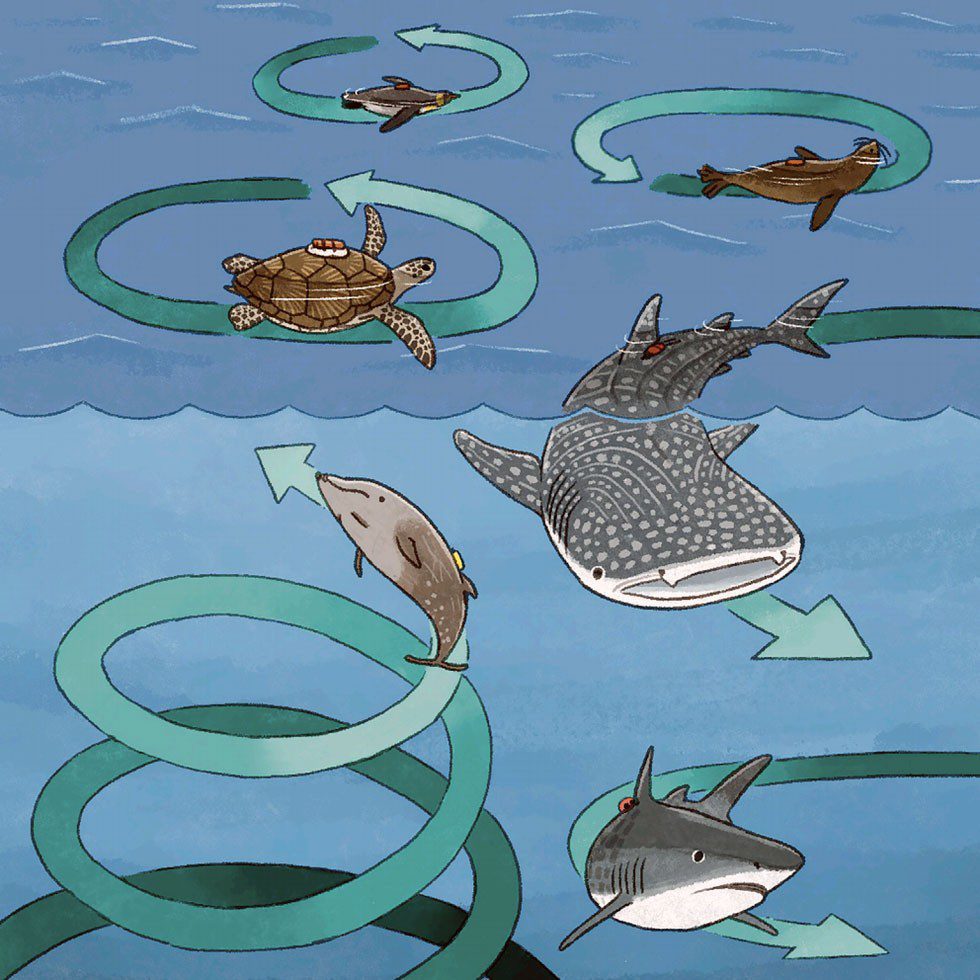 Swimming in circles is something that not only sharks but turtles, penguins, whales, seals and many other marine mammals do – and researchers have been trying to work out why.

Current technology makes it possible to track precisely the movements of marine megafauna in three dimensions, and an international team led by Tomoko Narazaki of the University of Tokyo have been using this biologging approach in a bid to solve the circling conundrum,

She explained that she had first observed the behaviour in nesting green turtles, after displacing them from one place to another in an experiment to study their navigational abilities.

“I doubted my eyes when I first saw the data because the turtle circles so constantly, just like a machine!” said Narazaki. “When I got back in my lab, I reported this interesting discovery to my colleagues, who use the same 3D data-loggers to study a wide range of marine megafauna taxa.”

The realisation that various species of marine animals exhibited much the same movements was surprising, if only because circling is such an inefficient way to move compared with swimming in a straight line.

Some of the circling was recorded in foraging areas, suggesting that it might help the animal to find food. This appeared to be the case when 272 circling events were observed in four tiger sharks tagged off Hawaii.

However, fur seals, which feed primarily at night, were found to circle mainly during the day. A male tiger shark was observed circling to approach a female in an apparent mating ritual, while the evidence in sea turtles suggested that their circling might be connected to navigation.

“What surprised me most was that homing turtles undertake circling behaviour at seemingly navigationally important locations, such as just before the final approach to their goal,” said Narazaki.

Such behaviour led the scientists to theorise that circling helps the animals to detect the Earth’s magnetic field to help them navigate, perhaps as submarines are required to circle during geomagnetic observations.

It seems possible that the circling serves more than one purpose, however, and the team now want to find ways to examine animal movements in relation to their internal state and environmental conditions. Their study is published in the journal iScience.