ROSS MCLAREN presents short videos on the BBC’s The Social extolling the joys of scuba in Scotland. We asked him for some examples… 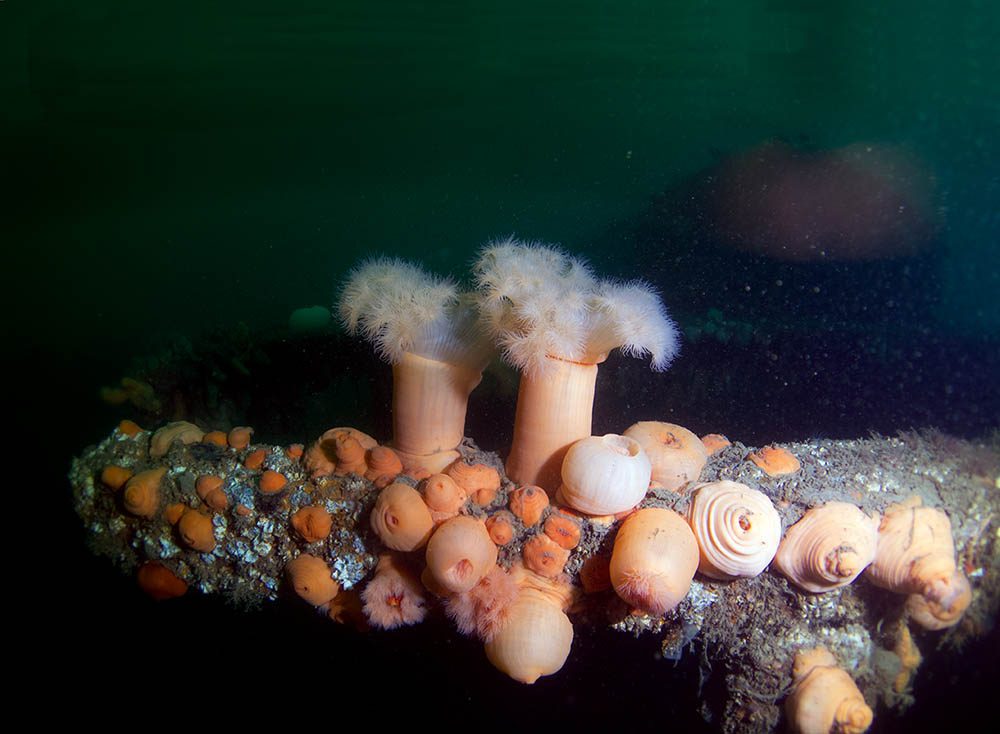 Plumose anemones and sponges on the Breda wreck.

When it comes to diving in Scotland, Scapa Flow is undoubtedly one of the biggest draws – you could go so far as to say that it’s one of the UK’s biggest diving attractions. However, you don’t need to travel quite that far north to find some pretty spectacular wrecks.

Lying almost in the middle of one of Scotland’s most popular ferry routes, the Ardrossan to Brodick Arran ferry, is the wreck of HMS Dasher, one of the Archer Escort carriers rushed into service during WW2.

There has been much debate about the cause of her sinking, but the official enquiry pinned the blame on a fuel leak. Of her 528 crew all but 149 were lost to the depths of the Clyde. The Dasher is a war grave, and lies at a depth of around 140m, well outside the range of recreational diving, but the west coast of Scotland still has so many wrecks to offer. I want to share with readers three of my personal favourites.

Lying just off the coast of Dunoon is the Clyde’s largest diveable, and possibly most intact, shipwreck, that of the Swedish-built cargo ship the Akka. 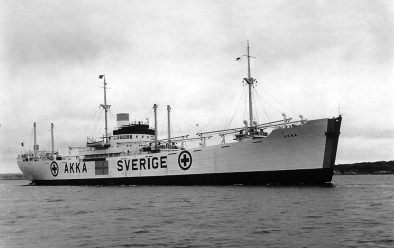 She struck the Gantock Rocks on the night of 9 April, 1956, and was lost to the sea, taking three of her 33 crew down with her, while three more died on their way to hospital.

The Akka now rests on the seabed at around 40m, but the deck and the superstructure, where most divers tend to linger, sits somewhere between 16 and 24m. Although some of the superstructure has been removed, along with the funnel and masts, what’s left remains more than worth a visit.

There is no way to dive the Akka from the shore, but with Jason Coles at Wreckspeditions operating out of the Holy Loch and marinas along the west coast, that’s not a problem.

Having an experienced skipper to ensure that you drop onto the right section is invaluable.

Descending around the bridge, you are immediately struck by the sheer size of this wreck as it materialises out of the gloom.

I find it difficult sometimes to imagine from wreckage what a ship would have looked like in its heyday, but with the Akka imagination isn’t really required.

Dahlia anemone on the Akka

The bridge (minus the top section), along with bulkheads, portholes and ladders still stands out clear as day, and swimming through the companionways that run along either side of the superstructure is a must. For the more adventurous and experienced diver, there is also the opportunity to take a swim through the holds before exiting through the gaping hole left in the port side by the fateful impact.

Not only is this wreck spectacular, but the life that has now made it home is also mind-blowing. On my first dive at the site I had to stop for a minute or two to take in what I was seeing, and seriously consider whether I was narked.

I genuinely thought that the metal was moving until I got a little closer and realised that almost every inch was covered in life of some description. Brittlestars, anemones, deadman’s fingers and much more – the Akka is awash with life and has something for every diver.

Now if the Akka is one of the most dived shipwrecks in the Clyde, my second “wreck” (for want of a better word) is probably one of the least dived in the area, and lay pretty much forgotten for nearly 70 years. 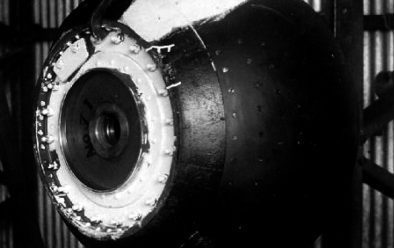 That was until 12 divers from East Cheshire Sub-Aqua Club, along with a team of Royal Navy divers and Dr Ian Murray, successfully explored the site and even recovered two of the approximately 200 artefacts that make up this site.

I refer to Barnes Wallis’s Highballs, in Loch Striven. You can certainly be forgiven for never having heard of Mr Wallis’s circular objects, but I know most people know about their larger siblings, the famous “bouncing bombs” used by 617, the RAF Dambusters squadron.

The Highballs worked on similar principles to the bouncing bombs, but were designed not to destroy dams but the mighty German battleship the Tirpitz, dubbed by Winston Churchill “the Beast”.

From her Norwegian fjord base the Tirpitz posed a huge danger to the Arctic convoys on their way to Russia and had to be dealt with. Ultimately the Highballs were never used against the behemoth, but nearly 200 dummy bombs still lie at the bottom of Loch Striven.

They were deployed against the French WW1 battleship the Courbet which, for testing purposes, was moored in the loch to play the part of the Tirpitz. 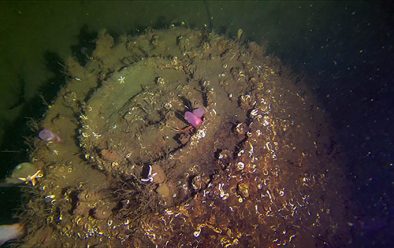 Dropping down the shotline, we were met not by the spherical lumps we had come to see but by a somewhat bowed “sheet” of metal roughly 8m long – definitely not a Highball.

In fact this sheet was a throwback to other trials that took place in Loch Striven. It was the side-charge from one of the midget submarines, or X-craft, that had also been designed for use against the Tirpitz – the difference being that they were actually used.

Heading away from the side-charge, we came across our first cluster of Highballs. They might lack the visual impact of a wreck such as the Akka, but they do make you consider their history – it’s amazing to think that they were once at the forefront of military technology.

Both the Akka and the Highballs are diveable from marinas not all that far from Glasgow, but for my third favourite site we have to go a little further north to Dunstaffnage marina, just north of Oban.

Again a boat is required but this isn’t an issue, especially when you have experienced skipper and diver Shane Wasik of Dive Oban & Argyll at the helm.

Lying in Ardmucknish Bay is what is probably one of Scotland’s most-dived wrecks (up there with those in Scapa Flow) – the steamship Breda. 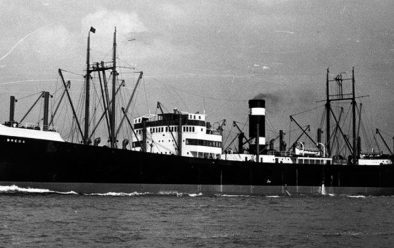 On the night of 23 December, 1940, the Breda was anchored just off the coast at Oban awaiting her departure to India, laden with supplies ranging from bags of cement to Tiger Moth aircraft and vehicle parts. It was here that German Heinkel bombers from Norway descended to unleash their payloads.

They scored no direct hits, but shock waves from four bombs that struck the water nearby caused devastating damage to the cargo vessel. One of the water-inlet pipes used in the cooling system in her engine-room ruptured, causing her to take on water and quickly lose power.

Despite efforts in the poor weather to beach the doomed ship and recover her cargo, a day later she slipped from her shallow shelf into the deeper water in which the wreck now rests.

Saying that, at only around 10m to the deck the Breda is within range of all divers and makes for an excellent first “real” wreck for many.

As with the Akka, the top structures have been removed to prevent other vessels colliding with the wreck in low water, but also like the Akka the Breda is extremely well-preserved, sitting on the seabed almost exactly as she would have done at the surface.

Dropping down the shotline onto her starboard, you’re met with a fantastic view of the ship and its deck.

With the relatively shallow deck level it’s possible to swim around the whole perimeter on one dive but don’t be kidded – you’ll need more than one dive to unlock all this wreck’s secrets.

My favourite section is the stern, with its fantastic sights of anemones and deadman’s fingers clinging onto the remnants of the aftcastle.

All along the deck is a litter of fallen winches, cables, masts and even the axle of a truck. There is also the opportunity to swim through the holds and investigate what’s left of the Breda’s cargo.

Many wrecks litter the seabed along the Scottish coastline and everyone has their own favourites, but each one offers us a glimpse into our past as well as an unforgettable experience today.

• Find Ross Mclaren on The Social at bbc.co.uk/programmes/p08phl45