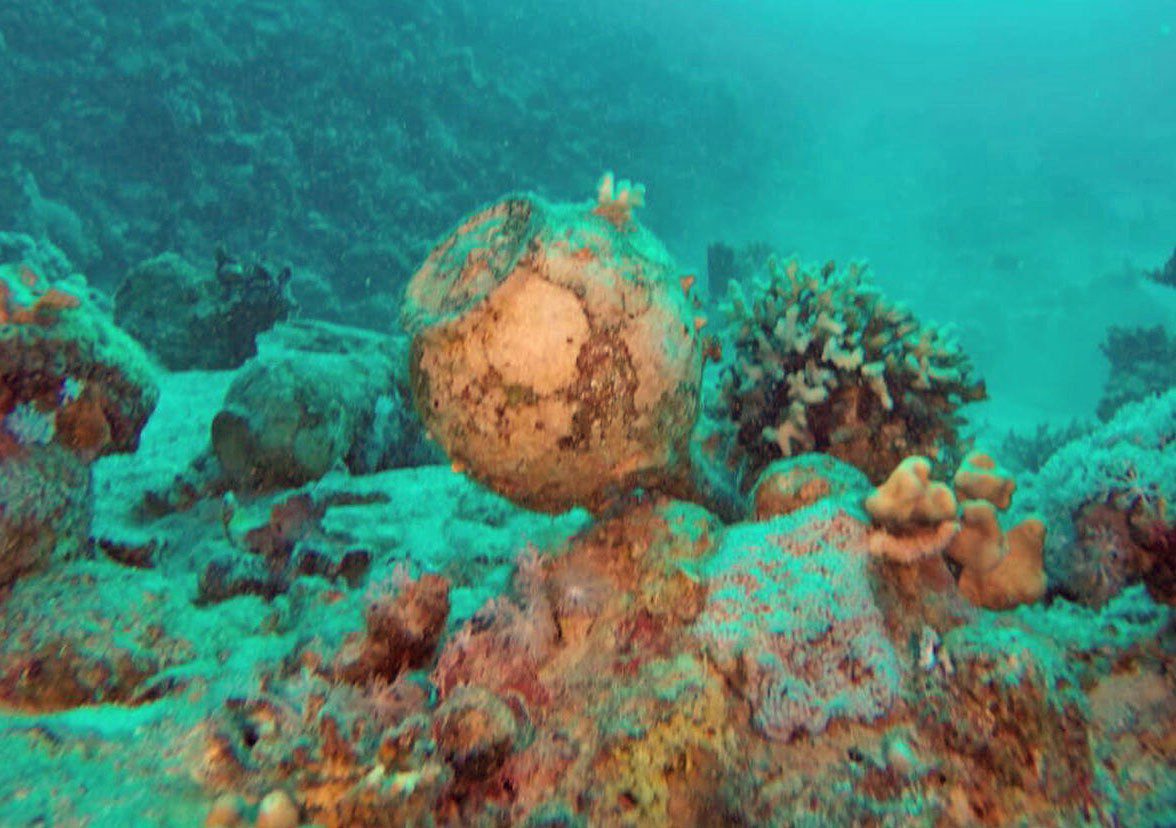 The 50m ship is thought to have sunk in the 1760s but its design and construction, believed to be either Egyptian or Indian, is unlike that of any other known merchant vessel of any nation of the time.

The wreck lies on its side parallel to the reef with its bow pointed inland. The stern is the best-preserved section but other parts have broken away and slid down the slope to be buried in deep sand.

The work was carried out by scuba divers from the Faculty of Arts of Alexandria University, supervised by Egypt’s Supreme Council of Antiquities, headed by Ihab Fahmy from its Central Department of Sunken Antiquities.

They were continuing a series of excavations that began in 2017, in a bid to document the entire ship’s hull and using photogrammetry to produce a 3D model.

The wreck-site has long been known about, from before such techniques were available. It was discovered by a US Naval Archaeology Centre expedition led by Dr Cheryl Ward in 1994. Lying 28-36m deep at the sandy base of a coral reef, it was the subject of major excavation work involving some 3000 dives up to 1998.

The ship appeared to have been extensively looted when it was found, with up to 80% of its cargo missing, so the archaeologists in the 1990s had spent much of their time removing surviving artefacts for their safety.

More than 3000 items have been excavated at the site, including Chinese porcelain, clay jars and glass bottles, coffee, Indian spices, fruit, nuts, resins and animal bones. They are stored at a conservation laboratory in Alexandria.

The nature of the cargo showed that the vessel was heading north from the Far East when it struck the steeply sloping reef. Before the wreck’s discovery there had been no record of traders with Asia sailing further up the Red Sea than Jeddah on the opposite coast.