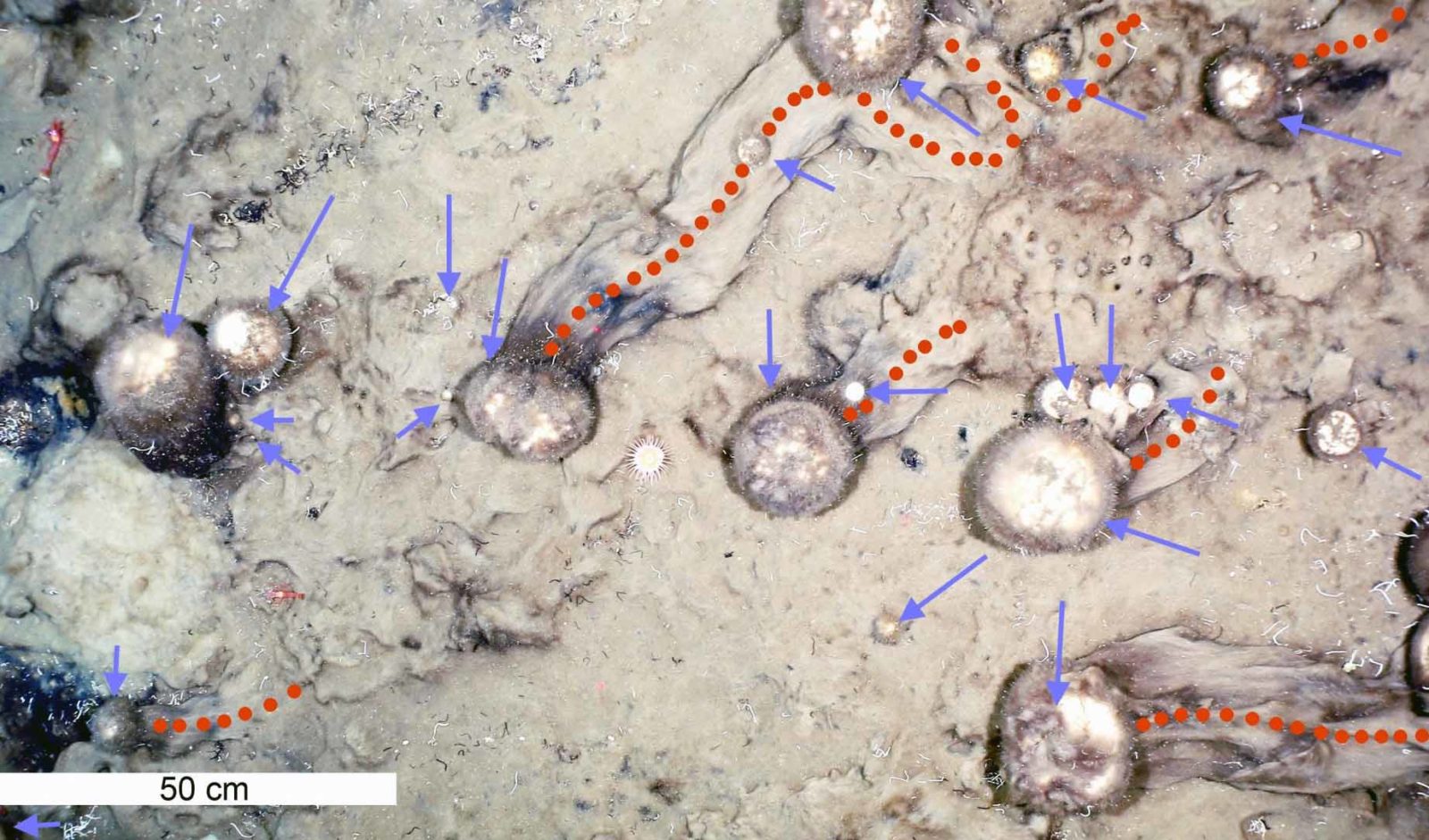 Sea sponges have always been regarded as sessile creatures, unable to move independently after the larval stage. Lacking locomotion organs or a nervous system, they were thought simply to settle down attached to a substrate.

But scientists studying deep-dwelling marine life in the Arctic have been surprised to discover sponges leaving trails in seabed sediment indicating that they roam about – albeit only a few centimetres a year.

The researchers, led by the Alfred Wegener Institute and Max Planck Institute for Marine Microbiology in Germany, were on an expedition aboard the icebreaker Polarstern, using an ROV and a towed-camera system. Their high-resolution images were captured at the Karasik Seamount, about 220 miles from the North Pole.

The sponge trails ran in all directions – even uphill. “There are no strong currents in the Arctic deep sea that could explain the structures found on the sea floor,” said expedition leader Prof Anthe Boetius.

“The seamount’s summit was densely populated with sponges,” said his colleague Autun Purser. “Sixty-nine per cent of our images showed trails of sponge spicules, many of which led to live animals.”

Spicules are small spines that support sponge bodies, but which appear to be left behind when they get moving, leaving the tell-tale tracks. These could accumulate into mats several centimetres high and many metres long, compounded by layers of empty worm-tubes and bivalve shells.

Trails of the densely interwoven spicules were observed connected to the undersides of individual live sponges.

“This is the first time abundant sponge trails have been observed in situ and attributed to sponge mobility,” said marine biologist Teresa Morganti, lead author of a study on the sponge trails. The expedition took place in 2016 but the findings have just been published in Current Biology.

The scientists think it possible that other sponges, especially juveniles, could feed off the spicules, and now want to determine why the filter-feeders move about and how they choose their direction of travel. Possibilities include foraging in the nutrient-poor ecosystem, seeking better environmental conditions or distribution of offspring.