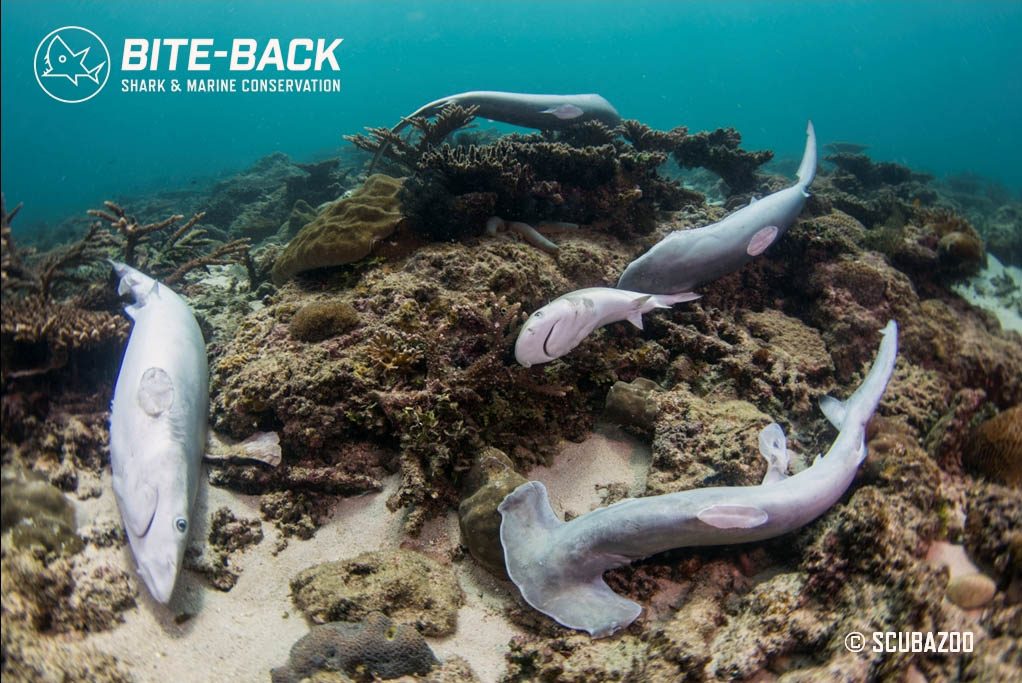 A loophole that before Brexit had allowed shark-fin traders to operate with impunity in the UK is set to be closed. New law will require all imported and exported fins to remain attached to the shark’s body and be traded as a whole commodity.

The anticipated government announcement will effectively end the UK’s long and prominent participation in the global shark-fin trade.

Describing that involvement as “dead in the water”, the charity Bite-Back Shark & Marine Conservation and its supporters, including wildlife TV presenter Steve Backshall MBE and Hugh Fearnley-Whittingstall, welcomed the news.

Complying with EU legislation, the UK had allowed anyone to carry up to 20kg of dried shark fins into and across European borders as part of their personal import allowance. Long exploited by traders, the loophole had been exposed by Bite-Back six years ago, and it had launched a campaign called No Fin To Declare, calling for the law to be changed after Brexit.

The government is said to have decided to act following a recent series of meetings between Bite-Back and environment minister Zac Goldsmith at the Department for Environment, Food & Rural Affairs.

“This news puts the UK at the forefront of shark conservation and represents a further blow to a global industry that is forcing sharks closer to the brink of extinction,” said Bite-Back campaign director Graham Buckingham.

“We applaud the government for using Brexit to side-step this archaic EU legislation and instead lead the world in the conservation of sharks and the oceans. We hope and believe this announcement will encourage other European countries to impose similar constraints.”

Global fisheries kill 73 million sharks a year, says Bite-Back. One in four species is now either classified as Endangered or Threatened, with populations of species including great white, hammerhead, oceanic whitetip and thresher sharks reduced to a fraction of their numbers 50 years ago.

The escalating price of shark fins, consumed mainly in soup in Asia, has created what Bite-Back describes as a “marine gold rush” in recent years, with fins too often cut from living sharks that are then thrown back to die.

The until-now legal 20kg individual import allowance is worth around £3600 on the black market and makes more than 700 bowls of shark-fin soup, according to Bite-Back. It says that for years the UK has exported around 25 tonnes of shark fins – about £90 million-worth on that scale – to Spain for processing and export to the Far East.

The UK features with Spain, France and Portugal among the world’s top 20 shark-fishing nations.

“Today’s news is a fantastic outcome for shark conservation and the culmination of years of campaigning from Bite-Back,” said Backshall. “The government’s decision to effectively ban the trade in shark fins will be significant in helping to restore the balance of the oceans.

“At the same time it sends a clear message to the world that shark-fin soup belongs in the history books and not on the menu.”