Antigua shipwreck could be unique

Antigua shipwreck could be unique 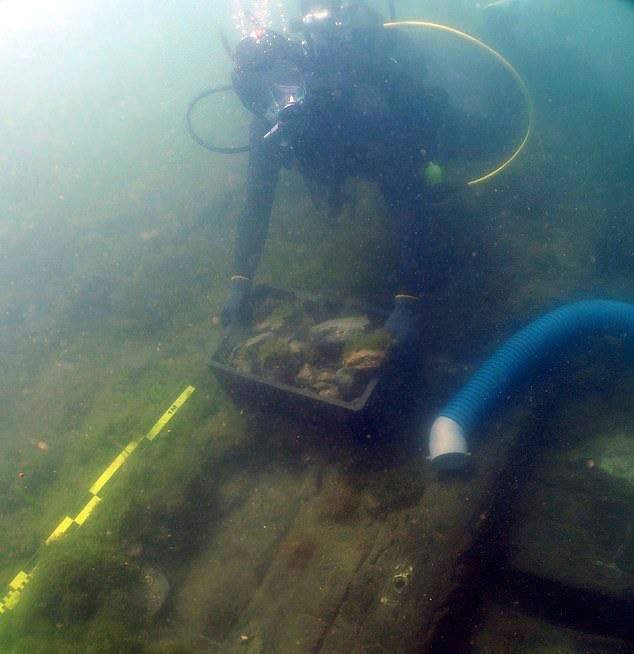 A shallow 18th-century wreck discovered off the Caribbean island of Antigua could be the only French East India Company ship with an intact hull left in the world, according to maritime archaeologists.

The 40m-long wreck lies less than 3m beneath the surface in Tank Bay on the island’s south coast, at the entrance to the historic Nelson’s Dockyard in English Harbor, a UNESCO World Heritage Site. Its timbers appear to have been well-preserved by a layer of mud, and although the area is well-used the remains have escaped attention for more than 200 years.

A hydrographic survey some years ago had indicated that something might be concealed by the mud, and a local diver had reported seeing what appeared to be a timber rib, but only now has French government funding enabled a six-day survey to be carried out.

Underwater archaeologists from the University of the French Antilles in Martinique led by Jean-Sebastian Guibert visited the site in collaboration with Antigua & Barbuda National Parks Authority. They used side-scan sonar and a magnetometer to pinpoint the area of interest before diving to inspect the wreck.

They found intact hull timbers and stone ballast, though were not expecting to find any artefacts if their theory about the ship’s identity was correct – because its contents would have been stripped out by slaves before the sinking.

It is thought to be the Lyon, originally named Beaumont when the 900-tonne armed merchant ship was built in 1762. It was one of many French East India Company vessels designed to compete with British and Dutch merchant fleets in south-east Asia.

The Beaumont served in the French navy for two years before being bought by a private merchant and renamed Lyon. During the American Revolution it was captured off Virginia by HMS Maidstone and was known to have been brought to Antigua in a badly damaged state, though its fate was not recorded.

Guibert told the Antigua Observer that the discovery was “like hitting the jackpot… it’s the largest wreck I’ve ever seen”.

The case for the wreck being the Lyon was circumstantial but “compelling”, parks authority archaeologist Dr Christopher Waters told the paper. He said that a 1780 map of the dockyard found in archives in London suggested that a French warship could lie at the site, and described the wreck’s scale as significant because most such sites were of small merchant ships.

“This one is comparable to – if not quite – the Mary Rose, in terms of its size and the stories we may be able to tell of it,” he said. “It’s a mystery why it lay there for several hundred years and no one knew about it.”

He said he had often snorkelled at the site and had sonar-scanned in the area but had “missed it every single time”. The team will continue to survey the site, while analysing the timbers and ballast recovered.