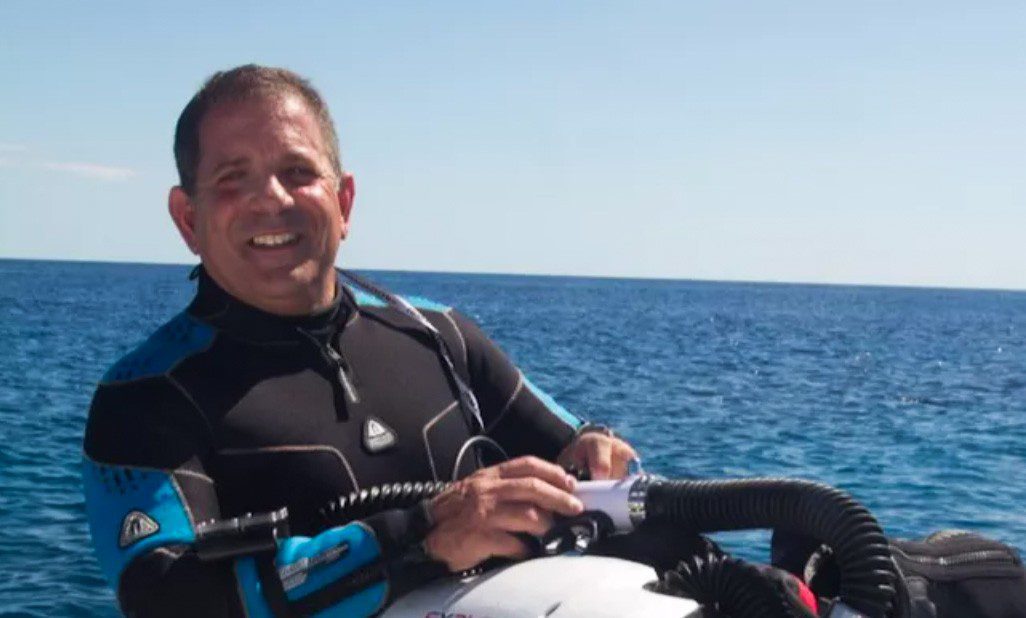 Peter Sotis, the US rebreather instructor who was buddying Sharkwater film-maker Rob Stewart when he died in a deep-diving incident in 2017, has been convicted of attempting to smuggle unlicensed military-grade rebreathers to Libya.

A federal jury has found Florida residents Sotis, 57, of Delray Beach, and another scuba diver Emilie Voissem, 45, of Sunrise, guilty of participating in a scheme to export the CCRs in August 2016. They have yet to be sentenced but face the possibility of long jail terms and fines.

Because of the enhanced capabilities of rebreathers and their potential for military as well as civilian use, they are on the USA’s Commerce Control List of export-controlled items that require licensing by its Department of Commerce, Bureau of Industry & Security (DOC-BIS).

The case was investigated by the DOC-BIS and Immigration & Customs Enforcement’s Homeland Security Investigations.

The court was told that Sotis and Voissem had been warned that it would be illegal to export unlicensed items to Libya, regarded as a country raising national security concerns. A Department of Commerce special agent had told them that the rebreathers could not be exported while a license application was pending, but they had ignored the warning.

The defendants were said to have lied to and misled Virginia shipping company Ramas LLC about what the agent had told them, and about whether the rebreathers had a military use. Sotis was also found to have threatened a government witness, who had been told not to co-operate with the investigation.

Sotis and Voissem were convicted of conspiracy to violate the International Emergency Economic Powers Act (IEEPA), attempted violation of the act and smuggling. Voissem was found not guilty of making false statements.

According to the suit Sotis and Add Helium, which had taught Stewart to use a rebreather,  had been “in charge of the dive and sold the rebreather equipment used by the divers”. Stewart died following the pair’s third 70m dive of the day to retrieve an anchor on the Queen of Nassau wreck off the Florida Keys.

In March 2017, Divernet reported that Rob Stewart’s parents were bringing a lawsuit against Sotis, his wife Claudia, the Fort Lauderdale dive-school they co-owned, Add Helium, and others in connection with their son’s death earlier in the year.