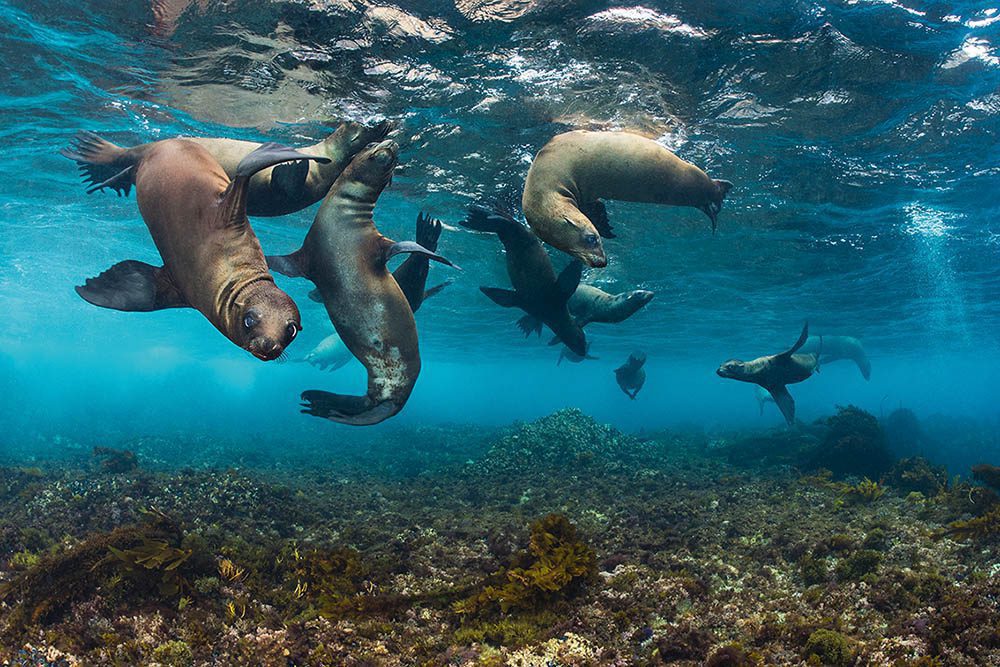 SEA-LIONS ARE CONSTANTLY in motion. In fact, I’m convinced they enjoy demonstrating their acrobatic superiority of the underwater world to divers. This makes it much easier to focus our attention and our lens on keeping one neatly composed within our frame.

However, snapping sea-lions singly means that our pictures won’t communicate one of their key characteristics – that sea-lions are social and gregarious. They are celebrated in a wide range of collective nouns.

On land a group of sea-lions is called a rookery, while in the water they can be called a raft, a flock, a herd or a pod.

My personal favourite is a crash of sea lions, which definitely speaks to the challenge of trying to contain multiple individuals of these furry fireworks in a single photograph! But shooting sea-lions en masse is definitely a challenge that we should take on.

This group were still very young and constrained in the shallows of Santa Barbara island in California. This is great white shark country, a fact that encourages the pups to stick together, and can play on the mind of the photographer!

It’s easy to get spooked by the thought of what might be prowling behind you at the limits of visibility. Fortunately, the adorable pups help to keep your mind focused on what’s in front of the lens.