What can happen when scuba-divers get their priorities wrong? The same thing that can happen to mountain-climbers, says SIMON PRIDMORE – disaster 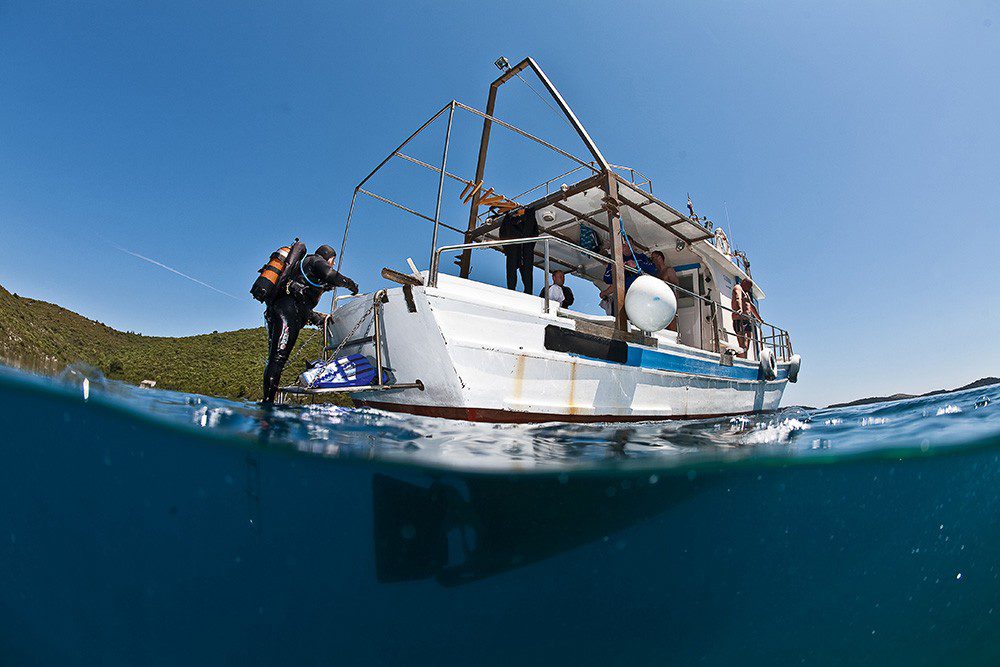 The dive isn’t over until you’re back on the beach or boat.

ON 11 May, 1996, five people died near the summit of Mt Everest. Two were expedition-leaders, one was a professional guide and two were their clients. The events were first recounted in the book Into Thin Air by journalist Jon Krakauer, who was up on the mountain that day with the people who died.

The clients died mainly because the professionals persisted with the attempt to help them reach the summit, despite the fact that they had passed their turnaround time; that is, the point in the day at which any attempt on the summit had to be aborted on safety grounds.

The concept of establishing a turnaround time and sticking to it had been a major factor contributing to the professionals’ hitherto exceptional safety record on Everest.

Krakauer concluded that, perhaps out of a desire to please their clients, burnish their reputation or because they thought they were “bullet-proof”, the professionals had got their priorities confused.

They knew very well where the real danger lies in climbing any mountain. Indeed, one of the expedition-leaders who lost his life that day was fond of telling people that “with enough determination, any bloody idiot can get up this hill. The trick is to get back down alive”.

People who sign up for Everest expeditions are, in the main, not mountaineers or hard-core climbers. They are folk with a little climbing experience, plenty of money, plenty of guts and a dream.

If you asked, they would probably tell you that their dream was to stand at the top of the world’s highest mountain but, if you pressed them a little further, they would almost certainly add that the dream also involved surviving to tell the tale, and showing their friends the picture of them perched on the summit.

I was reminded of this recently when stories began to appear in the media of climbers dying on the slopes of an overcrowded Everest; most of the deaths occurring not at the top of the mountain, but on the way down.

What does all this have to do with scuba-diving? When I read the quote about any bloody idiot getting up this hill, it reminded me of one of the most frequently highlighted and re-quoted paragraphs in Scuba Confidential:

“In scuba-diving, going down and staying down are not the difficult bits

(a brick can do that). Coming up again is the part that requires skill.”

A couple of tragic tales from the world of technical diving illustrate the issue.

In the mid-1990s, a diver in Florida was working her way through the technical-diving levels with the aim of one day accomplishing a 90m dive. She signed up for a full trimix-diver course, and soon found herself joining her instructor and a number of qualified trimix divers on the dive that would fulfil her dream.

The descent was uneventful. The group reached the seabed at just over 90m, and the instructor and the other divers all gathered around and shook the new deep diver’s hand in congratulation.

They later told reporters that she had looked extremely happy. A big smile was clearly visible behind her mask.

They then began their ascent through blue water. On the way up, everybody switched to their first deco gas. The new diver copied her experienced colleagues and, by all accounts, was doing just fine.

After a while, however, the other divers noticed that she had drifted some distance away from them and seemed to be having buoyancy issues. They tried to get her attention by waving, but her face was turned away from them.

She was still breathing steadily, but began to drop deeper and deeper.

Sensing that something might be badly wrong, one of the divers tried to swim down to help her but, by then, she was sinking fast. He eventually had to give up the chase, worried about depleting his breathing gas reserves and increasing his decompression burden.

All the group could do was watch, uselessly and helplessly, as the diver just fell away, down through the murky blue sea, until she disappeared out of sight.

They hung there, eyes fixed on the stream of bubbles that still rose past them from the depths, each hoping against all hope and logic that somehow she would emerge from the darkness and rise towards them, flashing an OK sign.

Then the bubbles stopped coming.

Another dive-team recovered her body a few days later.

Fast-forward 21 years and, in a different ocean off the coast of a different continent, another diver was making her way through the technical-diver levels.

She had a 100m dive as her goal. After completing a dive to 70m a few weeks earlier, her deepest to date, she heard on the grapevine that a group of divers were planning a dive to 100m. She asked if she could join them and they agreed.

On her descent, she had a problem switching from travel gas to bottom gas and needed a little help but they all eventually reached the seabed at 100m, where she threw her arms up, fists clenched in a victory salute, and screamed in joy. She hugged all her fellow-divers and babbled in excitement through her regulator.

After a few minutes, the group began to ascend. At the depth where they switched from their bottom gas back to their travel gas, the diver who had just celebrated the fulfilment of her dream got into difficulty again, and started to float up beyond her decompression stop depth.

One of the team swam over as quickly as he could to attempt to arrest her ascent but, by that time, she was well out of reach and going up fast.

She was still conscious when she reached the surface and screamed something unintelligible to the surface support crew, but she passed out soon afterwards and was not breathing when she was pulled into the boat. Attempts were made to revive her but they failed.

There were a number of factors, both human and procedural, that contributed to these fatalities. In fact, the first incident served as a wake-up call to the world of technical-diving, which was still small and fragmented at the time, and led to significant changes in the way technical divers were trained.

But for the purposes of this article, I want to focus on one particular factor that the two incidents have in common. Just like the people on Everest on that day in 1996, and perhaps some of the Everest climbers whose deaths we have read about in the media recently, the divers had got their priorities wrong.

Having reached their target depth, the divers acted as if the difficult part of the exercise had been accomplished, which was far from the case.

Such a mindset can often lead to a slackening of concentration; a diversion of focus. This can be seen clearly in what eventually transpired on the ascent. Mistakes were made, the divers were not paying close enough attention and reactions were slow.

The divers’ minds had been fixed on a goal, but it was the wrong goal. For climbers, the top of the mountain should never be the primary aim.

And, for divers, on any dive, the depth is not the primary aim, nor is the end of the cave, or the back of the engine-room. Survival has to be the aim, every time, without exception.

When, in 1961, President John F Kennedy promised the American people that, by the end of the decade they would put a man on the Moon, he didn’t leave it at that. He added another key element to the promise.

Not only would they put a man on the Moon, said Kennedy – they would also “return him safely to the Earth”.

That was the important thing – Kennedy and his advisors knew that there is no point achieving something if you do not survive.

A final point: the people who hold the deep-diving records are those who ascended safely to survive and tell their stories in books, at conferences or on YouTube videos.

Those who die on deep dives are mourned but nobody celebrates their achievement for simply having descended. A brick can do that!