What does a tree falling in a rainforest have to do with safe diving?
Everything, says SIMON PRIDMORE 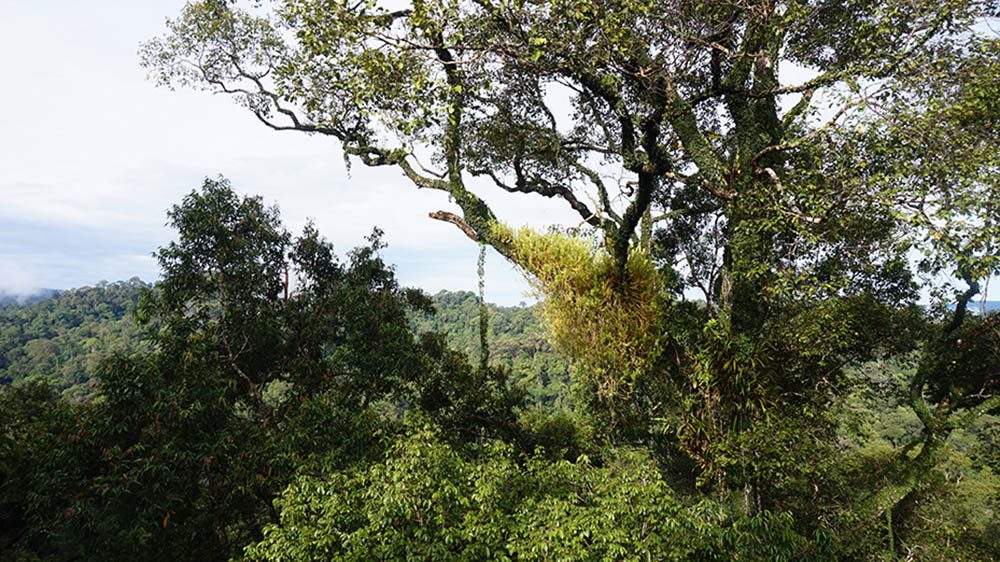 Unusually for a column in a diving magazine, this one begins in the highlands of Papua New Guinea. A few years ago, a young ornithologist was on an expedition, leading a team of New Guineans.

They climbed through the forest until they reached a level where they were to spend a few days studying birds. The ornithologist selected a site for their camp beneath a huge forest tree, its bark covered in thick moss.

He asked his companions to build a sleeping platform there but they refused. He asked why, and they told him that the tree was dead, and they were afraid it might fall on the camp during the night and kill them all.

He tried to reason with them but they were adamant and eventually they all agreed on a different site far from the tree.

At first, the young ornithologist was annoyed. He thought the New Guineans were exaggerating the danger posed by the dead tree. However, over the following months, he noticed that at least once a day he would hear the sound of a tree falling somewhere nearby, and at night his companions would share stories around the campfire of friends who had been killed by falling trees.

He reckoned that the New Guineans spent about 100 nights a year camping in the forest. Even if the likelihood of a tree falling on them was low, the more time they spent in the forest, the more chance there was that it would happen.

They could not completely avoid the risk of falling trees by not going into the forest. But they could minimise the risk by not sleeping beneath a dead tree.

The ornithologist noted that younger members of the group were particularly fascinated by tales of how people had come to harm or just avoided disaster. He guessed that these stories constituted an important part of their education.

He concluded that the community’s obsession with safety was an essential cultural survival tool that contributed significantly to keeping them safe, and he labelled this “constructive paranoia”.

THE WORLD UNTIL YESTERDAY

The young ornithologist was Jared Diamond and today he is a celebrated and much-published academic and author.

I found the falling trees story in his book The World Until Yesterday, in which he looks at tribal societies, describes their behaviour and strategies and relates these to the modern world.

Any technical divers reading this will at once get what Diamond is talking about. They might not use the actual phrase, but technical divers employ constructive paranoia as a survival technique.

They address the real risks of diving up front. They know how the technical divers who went before them got hurt and have developed procedures and equipment to reduce the chances of the same thing happening to them.

Technical divers also talk constantly about safety in scuba-diving. They exchange stories and debate safety strategies online and when they gather at conferences. In doing so, they are unconsciously imitating tribal societies. Their dialogues fulfil the same purpose as the New Guineans’ campfire chats.

In fact, knowing that bad things can happen and learning either to prevent them happening or knowing how to deal with them when they do happen is what diver training at every level is all about.

For instance, new divers learn how to replace a mask under water so that they can manage (without panicking) a situation in which their strap breaks or their mask is dislodged from their face by an unfriendly fin-kick.

However, instructors don’t always introduce skills with direct reference to the emergency situation they are designed to resolve. Skills are often presented instead as tests to be accomplished, or experiences to be endured. For instance, there is a useful drill that shows divers what it feels like to run dangerously low on air so that, if it ever happens for real, they can react in time before running out completely.

This is referred to by one training agency as an “air-depletion exercise”. I have witnessed instructors introduce it simply with these three words before describing how the exercise will play out.

The possibility that a diver can run out of air might be implied but it is not stated directly, let alone discussed. This tendency, at beginner-diver levels, to avoid awkward conversations concerning bad things that might happen under water, can lead to ignorance, over-confidence and a complete absence of constructive paranoia.

Here is a story that illustrates the point perfectly. One day, my friend Robert received a call from a friend of a friend. She asked him for advice on diving Nusa Penida, an island off Bali’s south coast famous for big fish, but also notorious for the strong, unpredictable currents that make it an accident black-spot.

Robert asked how much diving she had done, and was informed that she had only just learned to dive. He pointed out that diving around Nusa Penida could be tricky and suggested that, instead, she do some diving in easier conditions at Tulamben on Bali’s north-east coast.

The woman became very upset at what she felt was Robert’s assumption that she was “not an excellent diver, which I am”, and hung up on him.

Two days later, she called Robert back to say that she had gone to Nusa Penida and had had a great day’s diving. “So there, you were wrong,” she said.

When I heard this tale, I was of course immediately reminded of Jared Diamond’s story of falling trees.

The woman had evidently graduated from her initial diver training with no idea of her limitations as a new diver. Nobody had told her that many popular dive-sites around the world are genuinely dangerous for beginners.

She seemed unaware that all new divers need to ease themselves gently into the sport, and that it actually takes a lot of practice to become an “excellent diver”.

Nobody had taught her to be at all constructively paranoid about her diving. All the high praise she had received while training had led her to believe that, having obtained a couple of certification cards, she could dive anywhere.

Constructive paranoia is not just a useful tool to pick up; it’s a crucial survival technique.

In the hierarchy of diver-training courses it is usually not addressed until the technical or professional level, but it really should be incorporated from the start.

As divers, we can teach ourselves to be constructively paranoid by reading as widely as possible about dive safety, paying attention to reports published by the likes of BSAC and DAN, and thinking more about the way we dive, potential threats to our safety and what steps we can take to anticipate and avoid risk.