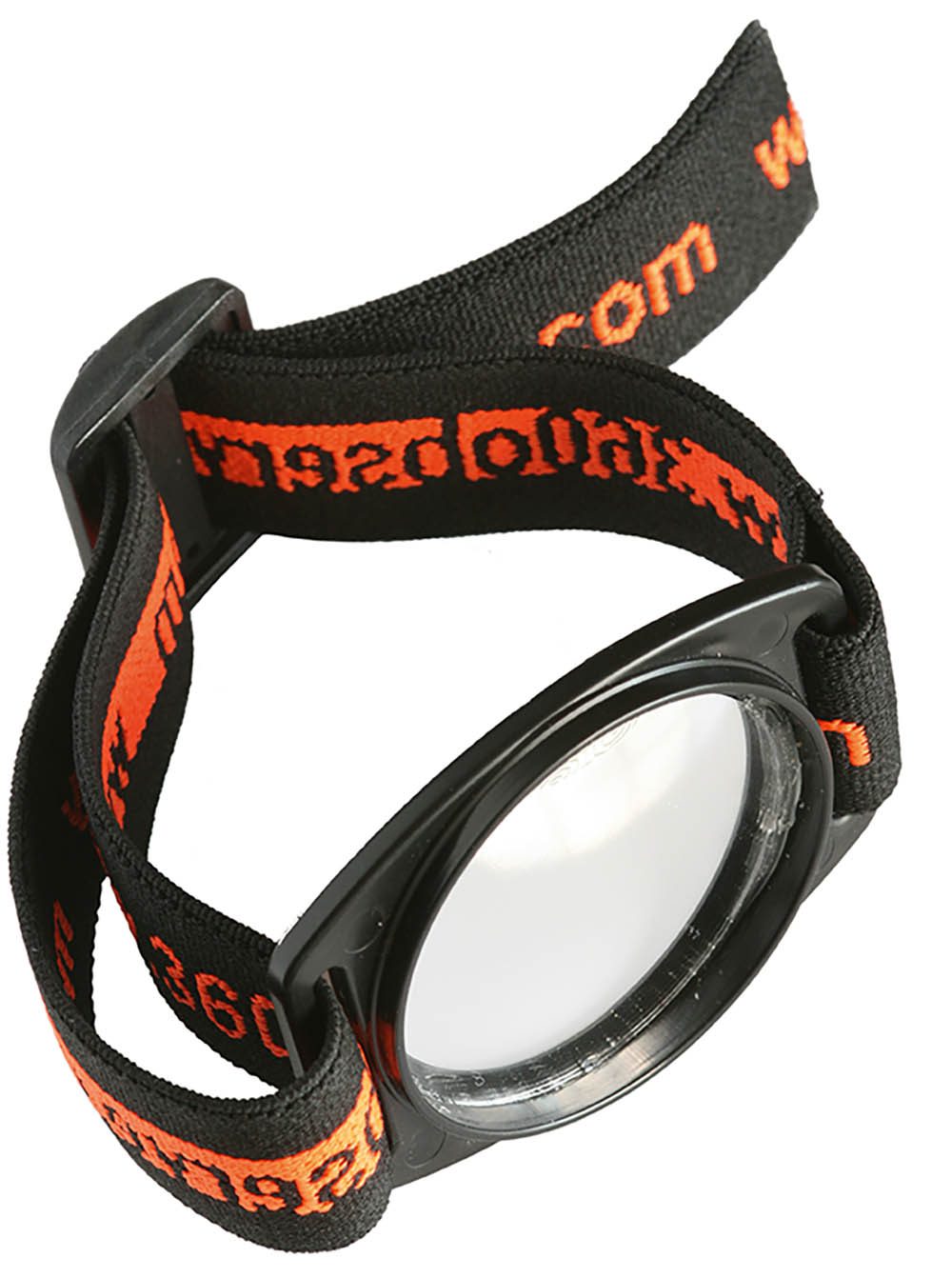 And yes, I know exactly what you’re thinking.

Yet, there I was, back at 6m after a very nice dive on the wreck of a World War One U-boat and watching the contents of my dil cylinder dropping faster than my remaining decompression time. Divers pointing and making upward bubbling gestures reassured me that it wasn’t too serious, but it would have been nice to see for myself.

Then there was the time I was leading three sets of buddy-pairs through the wreck of the Rosalie Moller in the Red Sea, and spent most of the dive looking back between my knees or turning round to check where they were.

Or every time I lead down a line and want to make sure that my buddy is following me, especially when there’s a bit of a run because we’re early for slack.

Or the time I was videoing pike and managed to foul my first stage on the line linking attractions in the lake. Backing up was all it took, but being able to see the problem would have been nice.

I could go on, but by now you’ve got the idea, and you’ll be able to think up examples of your own.

The Polish-made diver’s mirror is a simple convex mirror of well-silvered plastic, 40mm in diameter, mounted in a sturdy plastic frame and worn using an elastic strap.

Think a very thin dive-computer and you’ve got the idea. 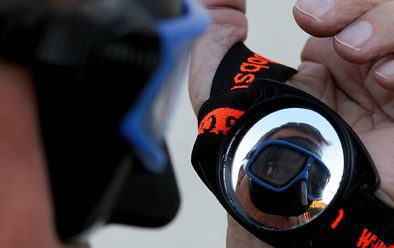 You can wear the strap around your wrist or you can use the loop that adjusts strap-length to go around your thumb. Then the mirror is held on the pad at the base of your thumb, and is much easier to aim where you want to see.

And it works. It’s extremely lightweight, you’ll never even notice you’re wearing it until you glance at it, and then you very quickly get used to taking a quick look to see what’s behind, as you do with a rear-view mirror in a car or on a bike.

Yes, it’s small, but if you need a more detailed look, you turn around.

What else can I tell you? Not much, to be fair. It’s the simplest product I can imagine, and it was only when I tried it that I realised I’ve been checking behind me using the reflective faces of diving instruments, internal reflections in masks or reflections on camera screens for years. This product just made the process easier.

Do you need one? Probably not.

If you had one, would you find it useful? Almost certainly.

And a verdict? Well, it’s the best diver’s rear-view mirror I’ve ever tried.