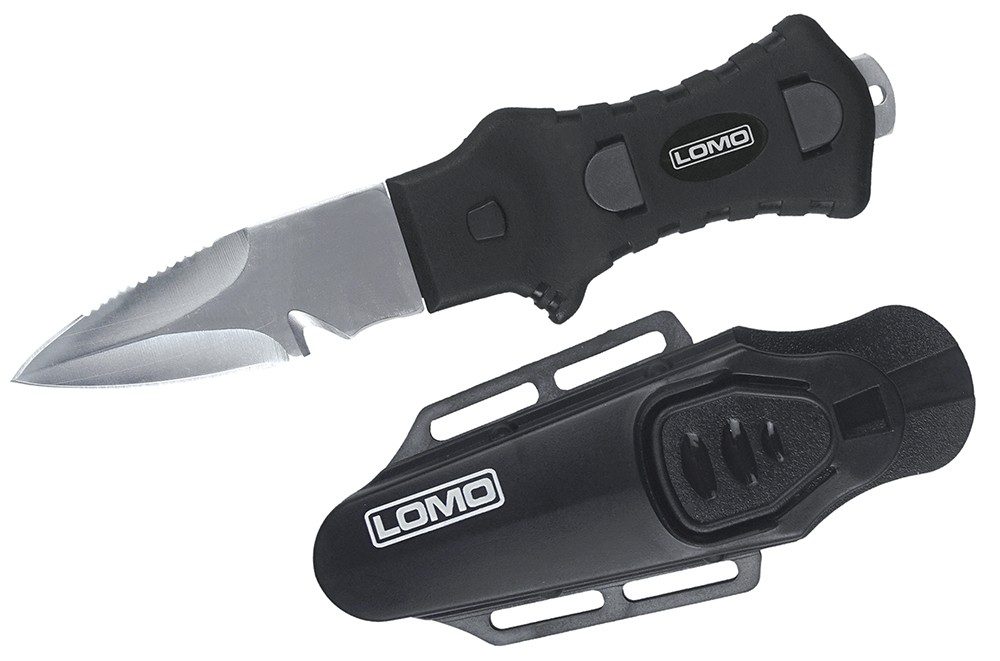 I hate that soft tug on some part of your body or kit that halts your forward motion. I was exiting the engine-room of a small Red Sea wreck the last time it happened to me, 40m down, in the dark and ascending a narrow set of stairs.

My buddy was ahead so he was safe enough, but I wasn’t going anywhere. I backed up a bit and had another go, then tried going a bit higher and lower. Zero progress. Usually a bit of gentle manoeuvring is all it takes, but not this time.

Feeling down and around, I quickly located the problem – what felt like a piece of thin string hooked somewhere on my BC waistband. Simple enough to unravel on land, it wasn’t so easy in a dark, confined space wearing full scuba gear. So I didn’t bother trying, and just cut it.

Freed, I dropped back down and discovered a piece of thin electrical wire that looked as though it had been used to tie something to the side of the stairway and was now waving loose. So I cut it off and brought it up for disposal, feeling all warm and smug that I’d done the next diver to take that route a favour they would never know about.

That’s the third time in 30 years I’ve needed a cutting tool, or one use per decade. Not much at all, really, but when I’ve needed one, I’ve needed it.

I’ve taken to carrying a set of trauma shears lately, cheaply sourced from everyone’s favourite online auction-site, and was very happy to be sent a Lomo Marlin BC dive-knife for comparison.

The Marlin knife comes in two versions, both small and neat. You can have a blunt-nosed blade with a wavy, serrated edge, or the one I was sent, a pointy little knife with a 7.5cm blade boasting a sharp edge, a serrated edge and a line-cutter notch.

The knife comes with a hard plastic sheath for mounting to your BC. The rear slot will take standard 5cm webbing and is formed from a bar held in place with two Phillips-headed screws, while the moulded side-slots will fit 20mm straps.

I’d suggest that a little DIY will allow you to mount the knife wherever you’d like it, and in whichever orientation pleases you.

The blade slides easily into the sheath, held in place with a positive click from a plastic latch. You can slide the blade in either side up. A detent to engage the catch is moulded to both sides of the handle, so it’s easily used in either hand.

To deploy the knife you press a generously sized button, easily accessed with bare hands and only slightly less so wearing 5mm gloves, then pull. A moulded lip prevents accidental presses.

I wondered if the lock would hold, especially in the long term as usage wears the plastic, but it resisted a serious attempt to separate the knife from the sheath without pressing the button, so the starting point is good.

The handle is thin, so the knife doesn’t get in the way when you don’t need it, but nicely sized and shaped to get a proper hold of and apply leverage when you want to cut. Look closely and the knife is a single piece of metal, with nylon moulded around the top to shape the handle.

I tried both the serrated and straight edges on a half-inch climbing rope and both cut through well – the serrated edge more easily, of course. 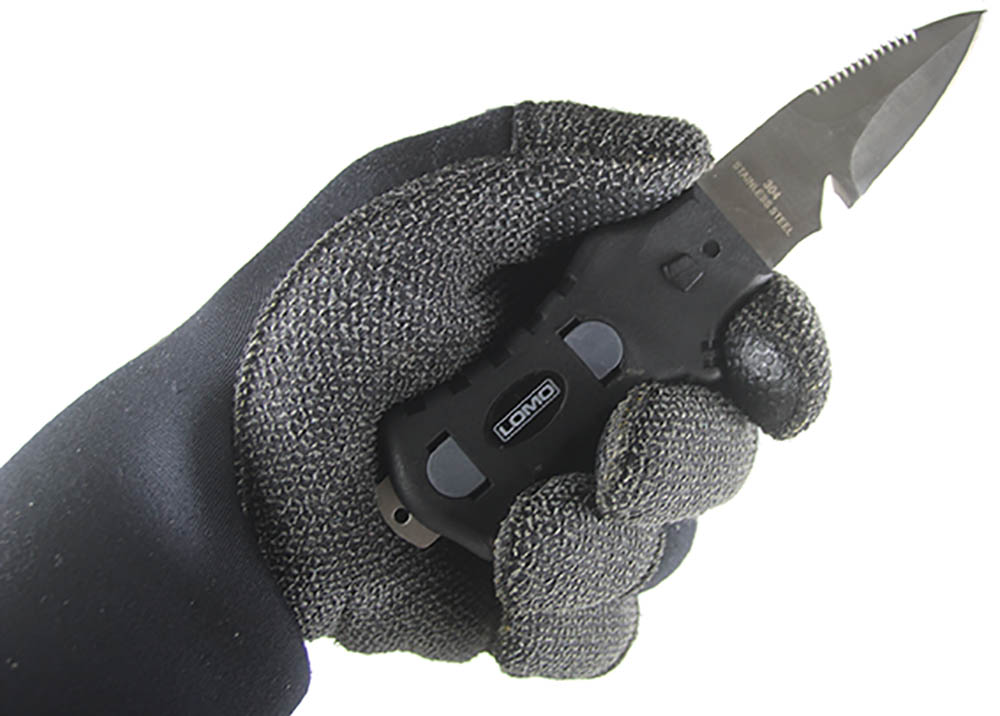 The notched line-cutter seemed shallow at first but cut the sort of thin line I use on my finger spools and finer fishing-line very nicely. I didn’t try stabbing anything, but the point was wickedly sharp when I tested it with my thumb.

And the comparison with my trauma shears? Well, a bit apples and oranges, but the knife cut big stuff like ropes better and the shears did wispy stuff with no tension better, as expected. Both did better than nothing, and the Lomo Marlin was easier to use with gloves on.

The instructions suggest keeping the blade greased or oiled, which seems sound advice, and rinsing in fresh water after each dive, also a good habit to get into.

The blade is 304 stainless steel for longevity.

I replace my shears every year or so, but still have the first knife I bought 30 years ago and see no reason for the Lomo knife not to be around in three decades, even if the sheath isn’t.

It’s a simple, decently made piece of kit at a fair price. What more do you want?