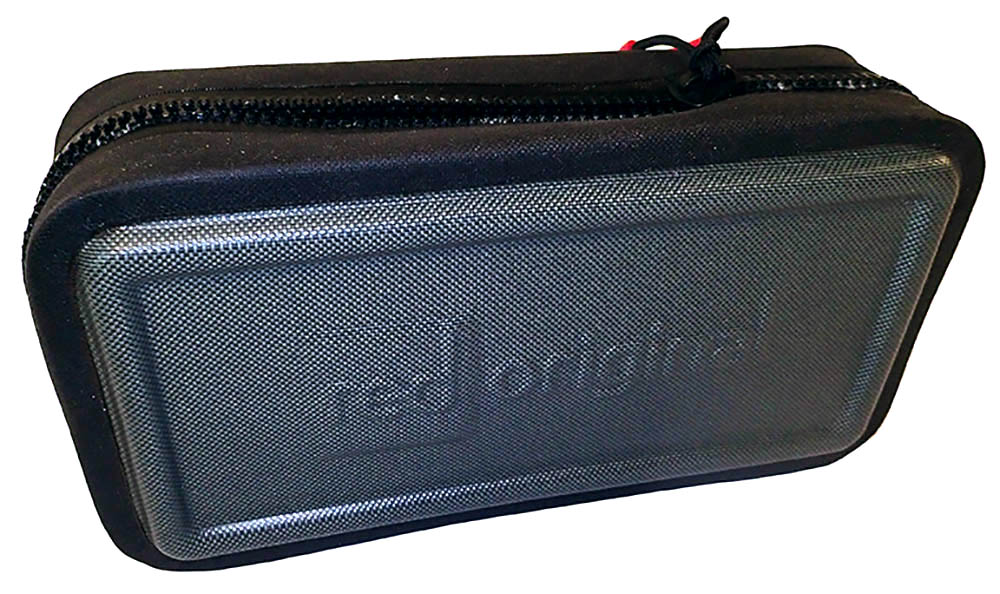 CAR KEYS. What do you do with yours when you go diving? Once, I saw a distraught diver trying to explain to the AA where Stoney Cove was. He’d put his electronic key inside his wetsuit jacket, meaning to take it out before his dive – only he’d forgotten. And now he couldn’t start his 4×4.

The trick used to be to hide the keys under the bumper. The problem is that everyone, including thieves, knows that ruse.

To thwart them, my DM was going to hide the keys under a stranger’s bumper instead… Last I heard, he’d become a police detective.

You could argue that you should leave your keys with your shore cover. I’m unconvinced by the value of shore cover. Besides, when my club went through a responsibility phase (it’s since outgrown that one), nobody wanted to be the patsy standing on a pier for an hour at night while someone else had a great dive.

It just curtailed diving, which seems a bit counter-productive for a scuba club.

It’s not only car keys, either. A mobile phone is a much more practical accessory than shore cover. Many shore-diving locations are deserted and, if something does go wrong, you and your partner really are on your own if you can’t summon help.

You might need assistance because you’ve wound up on the wrong beach without a route back to civilisation (I’ve seen that happen) or become separated from your partner and are panicking (done that) or, worse yet, have a serious medical emergency, such as a drowning.

You might just be overdue (like me and my buddy as teen divers in Cornwall. His parents called out the Coastguard, while mine figured that I was OK, and who cared much for an only child anyway?) and want to let people know you’re safe and perhaps staying on.

If your phone is safely stowed some distance away in your car – assuming that no one found your keys hidden in the bumper and drove off in it – you can’t call out to ask for help or avert a false alarm. So sometimes it would be really convenient to take electronic car keys and mobiles into the water with us – but how to do it safely?

The Waterproof Pouch provides a solution. Red Original made it for its main market, stand-up paddleboarders, who face many of the same security and safety problems as divers. 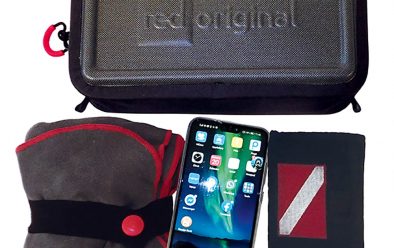 The main difference, of course, is that half-competent SUP riders shouldn’t find themselves spending an hour at 30m.

Intrigued by the utility of the pouch, assuming that it could withstand extended dives, I asked for one to test. It measures 23 x 5 x 12cm, which provides quite a lot of space to carry not only keys and cell-phones but also other items, such as a small microfibre towel and a wallet.

A removable padded inner pouch is included to provide shock protection, at the expense of taking up space.

In my testing ground of Gibraltar, I took the pouch on a number of scuba-dives, stuffed with tissue to detect any leaks from without or condensation from within. Even after an hour-plus dive that ranged as deep as 30m, the pouch remained perfectly dry inside.

It’s not surprising, really. Red Original products tend to be well-thought out and of high quality. In the case of the Waterproof Pouch, this begins with the selection of a YKK dry-zip.

YKK is used by most drysuit manufacturers and is proven over many decades.

The pouch itself is made from a plasticised material Red Original calls Armour Tech. It feels tough and looks highly abrasion-resistant. On the back are eyelets suitable for threading lines through, such as you might have on a dive kayak, plus Velcro-tabbed loops for fitting onto webbing such as BC straps.

I chose to carry the pouch on a weightbelt for freediving. For my scuba tests, I attached it to my cylinder camband.

As a flexible air space, the pouch compresses to some extent with depth, so the contents are subject to an increase in pressure. I’m unsure at what point this becomes a hazard to an item like a phone. Certainly, I’ve taken cameras as deep as 30m in flexible-bag type housings with no ill-effects.

I’m not sure if, on very deep dives, the oxygen partial pressure might become a risk factor when combined with a potential ignition source, like certain types of phone.

But as those catch fire in airliner cabins, I’m probably overthinking again!

The Red Original Waterproof Pouch is a very practical solution for those who like to kit up and walk straight into the water without risking leaving valuables on shore or locked in a car some distance away. You can take your phone for safety, and, for between dives, a full-size Red Original microfibre towel to dry off your face and hands and your wallet to buy an air-fill or a snack. Highly recommended.