The Diver’s Tale, by Nick Lyon 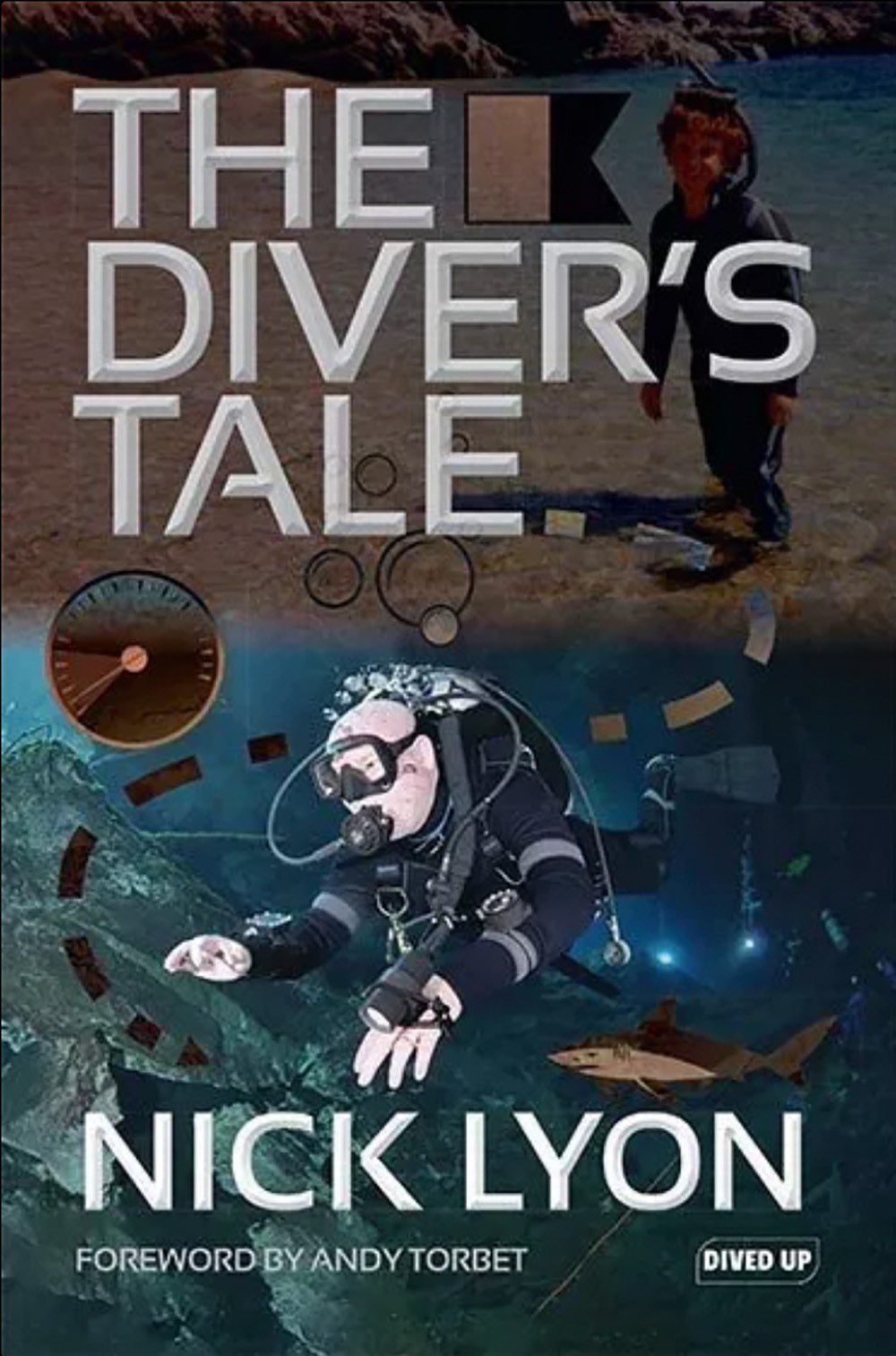 Apparently this book first appeared a few years ago, but somehow failed to get onto DIVER’s radar.

I’d be quite prepared to accept that we should get some new radar, except that I have a feeling that this had more to do with inadequate promotion, given that it was self-published.

And who knows, perhaps because author Nick Lyon was associated with the British Sub-Aqua Club and wrote for the club’s magazine, it wasn’t sent to DIVER for review first time round!

Anyway, now the book is in the hands of Dived Up, which has a good publishing track record, and what matters is that it deserves

a proper push, because it offers an insightful view of British scuba-diving.

I’d go so far as to say it’s the most amusing book about the sub-aqua scene I’ve read since the heyday of Andy Blackford, and I know that because I kept laughing out loud as I turned the pages.

That’s not something I can often say about books I’m sent for review.

The Diver’s Tale traces Lyon’s long leisure-diving career in Britain (and Malta, but he’s from Cornwall and essentially a coldwater diver). I don’t know if all the experiences described are exactly as they happened, but they certainly have the ring of truth.

And before you get the impression that The Diver’s Tale is just a succession of gags, this book also has, like all the best comic works, a more serious side. I’ll let you find out about that when, as I’m sure you will, you get to read it.

The title, with its echoes of Chaucer, reflects the energy and occasional vulgarity of the narrative, which will keep you turning the pages hungrily. I wanted to pick out a paragraph just to give you a flavour, though with gems on every page I was spoilt for choice.

How’s this: “My encounters with large sharks have been no more intimidating than meeting your elderly neighbours during a walk in the park. However, I have a jagged scar on my hand courtesy of a modestly sized tope which I accidentally sat on during a dive near Dartmouth. Still, at least I have a genuine shark bite scar and that’s something all real divers would give their right arm for.”

If you haven’t already, treat yourself.