Nicole: The True Story of a Great White Shark’s Journey into History

Nicole: The True Story of a Great White Shark’s Journey into History by Richard Peirce 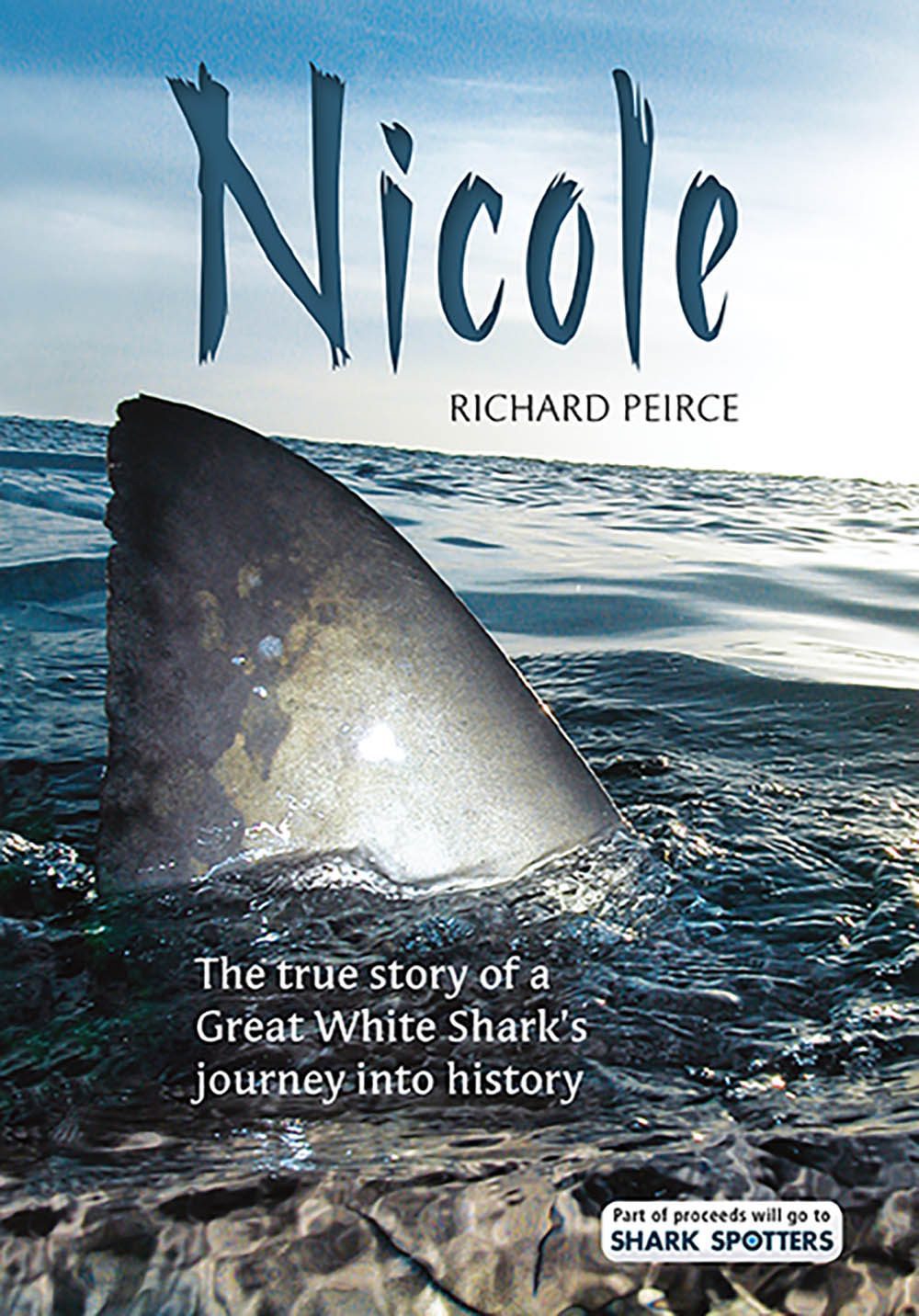 A FEW YEARS AGO a female great white shark, nicknamed Lydia by the scientists who had tagged her in Florida, made headlines as she wandered over more than 35,000 miles of the North Atlantic, even though, disappointingly for the British tabloids, she failed to reach these waters and terrorise beach-goers.

Lydia might have captured the popular imagination but, lest we forget, it was another tagged female great white 10 years earlier that had not only been recorded as making a single epic return journey, but had made a significant contribution in the campaign to protect sharks from human predation.

Nicole was tagged by a dedicated team of researchers off South Africa, and tracked not only crossing the Indian Ocean but continuing along the southern Australian coast, before heading back to where she began.

Hers was the longest single recorded journey by any great white shark, and also the fastest over such a distance. The navigational skills involved were impressive.

A huge amount was learnt about great whites by researchers in the process, and Nicole’s journey was instrumental in gaining CITES protection for the species.

This short book tells the story of Nicole and the researchers who traced her epic journey (though perhaps a journey that wasn’t that big a deal to this 3.8m shark).

There are necessarily gaps that data from a tag can’t fill, but the author completes them with imagination and always, thanks to his expertise in this field, convincingly. The discussion of the possible reasons for Nicole’s migration seem to emphasise how relatively little we still know for sure.

The book is richly illustrated and I found it an absorbing read. It also comes with a sting in the tail.

Nicole seems to underline that cage-diving with great white sharks in the few areas where they tend to collect (South Africa, Australia, Mexico) does have a legitimate place in the diving world, in that first-time divers tend to become enthusiastic recruits to the growing army of shark fans.

Let’s hope it’s not too little too late, because there don’t seem to be that many great whites left. Part of the proceeds of the book will go to the Shark Spotters beach-watch service.