Sunken Gold, by Joseph A Williams 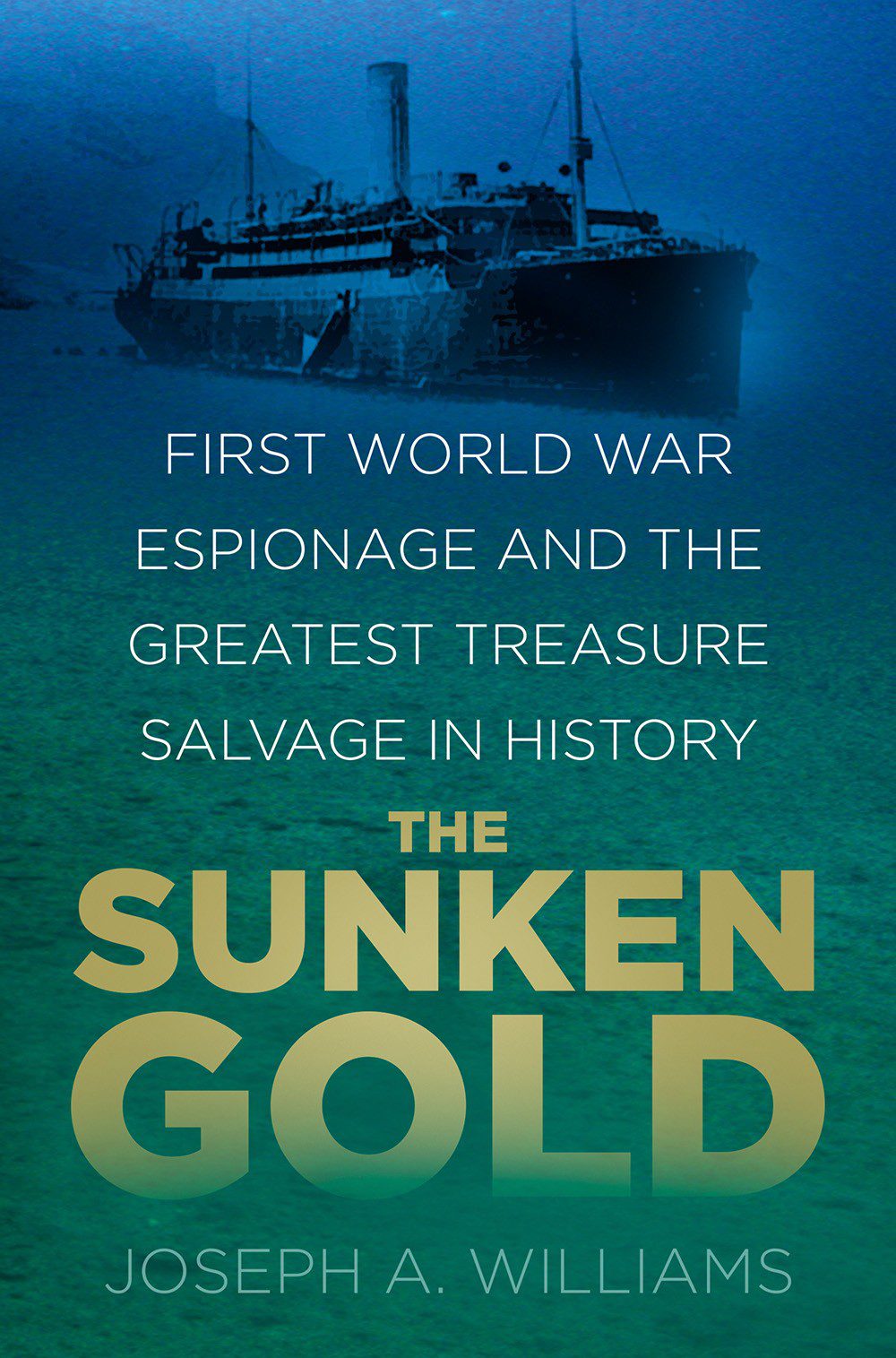 ON 25 JANUARY, 1917, HMS Laurentic struck two German mines off Lough Swilly on the coast of Ireland, and sank. Few knew what the armed merchant cruiser – an ocean liner before the war – was carrying at the time. What follows in Joseph A Williams’ Sunken Gold is a wonderful account of one of the great treasure salvages ever undertaken.

Lt-Commander Guybon Damant (later Captain) was arguably one of the leading Navy divers of his time, and had developed a great understanding of decompression illness theory.

He was summoned to Whitehall for a meeting to explore the feasibility of recovering 44 tons of gold, valued at almost £5 million (£344m today) from the wreck of the Laurentic.

The book gives a wonderful account of the challenges the divers faced – from wild seas breaking up the wreck and making recovery of the gold painfully slow, to trying to keep the salvage secret amid political unrest in Ireland.

Britain desperately needed the gold but the U-boat threat took priority. So Damant and his dive-team would be called away from the operation to salvage recently sunk U-boats for cyphers, code-books and minefield schematics that would also assist the war effort.

After the war Damant and his team were back working on the Laurentic for five years up to 1924 to complete the salvage of the gold – more than 99% of which was recovered.

The book is a great read, though it could have done with a better title. Yes, it is about recovering gold, but when the salvage turned to the U-boats I felt a little lost before eventually being put back onto the “gold route” – it almost felt like two books being squeezed into one.