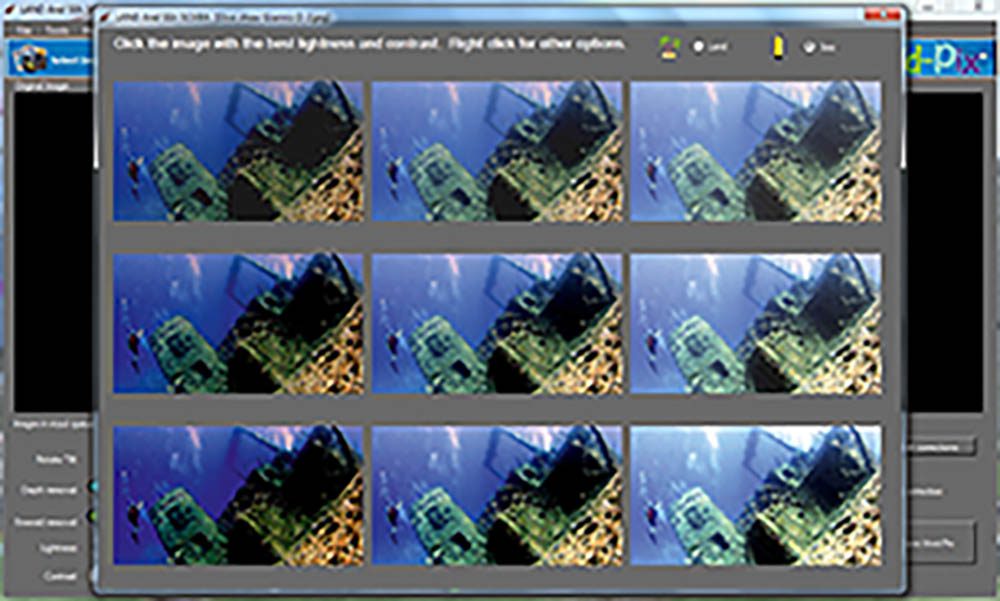 THE UNDERWATER WORLD is packed with life and full of vibrant colour, but the first time you take an underwater photograph you’ll find yourself looking at a dull greenish-blue picture and wondering where all the excitement went.

Yes, you can start to invest in bigger and better camera gear and wide-angle lenses and big flashguns, but wouldn’t it be good if there were a simple-to-use piece of software that would automatically turn your snaps into works of art?

Enter Vivid-Pix Land & Sea Scuba Picture-Fix Imaging Software. Not, perhaps, the snappiest name I’ve heard, but it tells you exactly what the software is intended to do.

Note especially the use of the word “scuba”. Company head Rick Voight is an enthusiastic diver, and it was his disappointment with his own underwater pictures that led to the development of the software and the founding of the company.

There are different versions of the software for PC, Mac, iPhone and iPad, with an Android phone and tablet version on the way. The company also offers software to restore old, faded and discoloured snapshots to their full glory, which is another application that relies on delivering better colour balance and contrast adjustment.

I chose to try the Windows and ioS versions, and found both easy to download and install by following the on-screen prompts, as you’d expect these days.

Once installed, you open the programme and from there on it’s even easier. Start by clicking either Land or Sea, just to the right of centre of the home screen, then hit Select Image(s) to open the file or files on which you want to work.

Nine versions of the first image you selected will immediately be presented for inspection, and all you do is pick the one that looks best to you. Click on it and you’ll find yourself looking at two versions of the same picture – your original on the left and a corrected picture on the right, with some simple sliders below the pictures for additional tweaking if you feel it needs further work.

Try the sliders and you’ll see exactly what they do; what you see is what you get.

It’ll take you, ooh, maybe five minutes to get to know the software and learn how to use it, and that includes the time it takes to put the kettle on before you start.

You might reasonably point out that this simplicity is the result of VividPix having far fewer tools and controls than other image-manipulation programmes, and you’d be right.

If you’re serious about your photography you will need more than VividPix can offer,

but until you want to do something to your picture that this software can’t deliver, don’t let it put you off.

That said, the key question, of course, is does it work? I went back to some of my older pictures and picked out a couple to try. Both are available-light shots, one of the wreck of the Giannis D in the Red Sea, the other of a playful seal at the Farne Islands.

The Giannis D shot doesn’t look too bad at first sight – it’s clear and has some colour – but the Vivid-Pix software at once added extra punch and improved the colour, which you can see most obviously in the sloping deck and the red of the BC.

Pretty good, I thought, but the exhaled bubbles at the back of the shot had gone a bit pink, so I reduced the red in the image, using the appropriate slider.

That sorted the colour nicely, but seemed to make the image duller overall, so I added in a bit more vividness to compensate, then saved the final picture using the Save Vivid-Pix button. Total time taken: 20sec, give or take.

Final images are saved in the same file as the original and with the same filename, just adding the word “Vivid”, and you can choose to save a full-size version of the file, a smaller version for social media or other sharing, or both.

Your original file isn’t over-written, so if you want to go back and have another go you can start again from scratch.

The seal image was taken more than 10 years ago on a dull day using an early digital camera.

I know people bang on about dolphins, but give me seals any day – they’re the ultimate aquatic acrobats and I love them to bits.

Dives can blur into one after a while, but I remember that one as though I were still back on the RIB with the seawater running off my drysuit boots and a big, daft grin all over my face.

However, I also remember being hugely frustrated because the camera wouldn’t focus quickly enough to get a decent shot, so I ended up with loads of blurry, low-contrast photos that didn’t even get close to showing what a wonderful dive I’d had.

Which is probably exactly the sort of situation the VividPix people had in mind.

So I loaded up the only half-decent image I did get, picked my favourite option from the nine versions offered, rotated and cropped the resulting picture and saved it.

It still won’t win any prizes, but it’s a much better match to my memories of the day than the original.

And that’s about what this VividPix software is all about. It’s aimed squarely at divers who take pictures, rather than photographers who dive. The sort of divers who simply want to perk up their diving snaps so that they match their memories of the dive and then show them to their buddies in the pub at the end of the day, and all without having to spend hours at a computer.

Understand that, and VividPix works a treat. 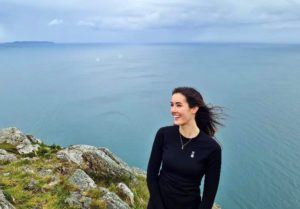