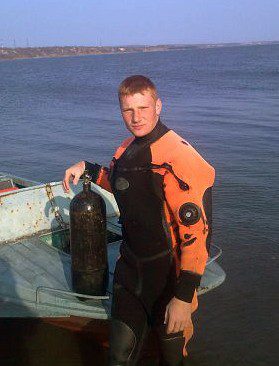 A Russian scuba diver has survived two days spent drifting in the cold waters of the Sea of Japan, according to a report in the Siberian Times.

Pavel Vazemiller, 31, had been diving about 200m out in Ussuri Bay near his home town of Vladivostok in eastern Russia on Friday, 8 November, but became separated from the dive-boat.

Water temperature was around 8°C, and although the diver was able to put up an SMB he said later that he wished he had been carrying lights “because they would have helped me enormously”.

“I saw 12 ships passing by,” he told the paper, saying that they had all ignored his cries for help. He said that one of the vessels had almost crushed him, while another had passed close enough to touch. “But I didn’t see a single living soul – looks like they were all navigated automatically.”

Vazemiller was eventually rescued 10 miles from land by a 13th ship, the refrigerated cargo vessel Tigr-2, at 8am yesterday morning (10 November). As it passed within 100m of him, he was spotted by crew.

The diver was checked by a medical team aboard the Tigr-2 and found to be in “satisfactory” condition. He was told that he should stay in bed, but refused to be taken to hospital.