Bahrain: more than a plane

Bahrain: more than a plane 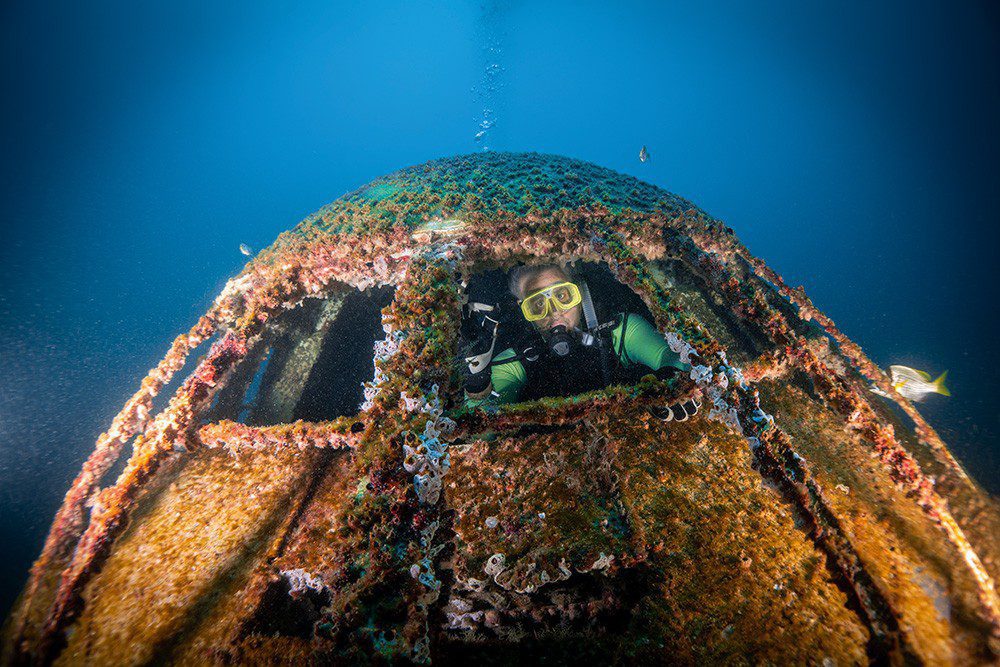 The Dive Bahrain underwater theme park is set to add two tugboat wrecks at either end of its centrepiece Boeing 747 airliner, sunk last year as a diver attraction off the Persian Gulf island.

Should you wish to spend time in Bahrain, the tourism authority is keen to stress  that it’s not only the park that awaits divers.

Pearl-diving is one attraction; you can do a speciality course and get to keep any pearls you find. Last year a diver found an 8.4-carat specimen that made more than £15,000 at auction, which should cover your holiday very comfortably!

Other attractions include the offshore Caisson and Fifi wrecks and the Abu Thalma reef, where rays, eels, turtles, tuna and barracuda are said to appear, and sometimes whale sharks in March and April.  Visibility is generally best December to April.

Dive-centres are Scubalife, Scubamaster, Extreme Sportz, Delma Marine, Dive Vision and Environment Arabia – as a guide, their two-tank dives with lunch at Dive Bahrain cost around US $100.

Room rates at the Amwaj Rotana hotel near the marina start from 103 dinar a night (around £220).