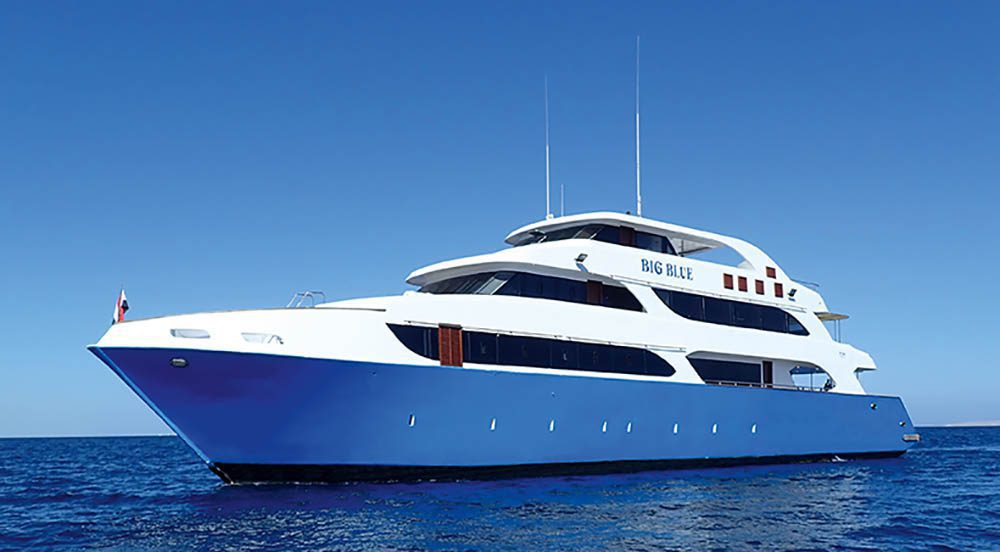 Pharaoh Dive Club owners Clare and Steve Rattle have been working and diving around the Egyptian Red Sea for nearly 30 years and run the popular Roots Red Sea centre which, as they fairly say, put the town of El Quseir on the map.

Far from being knocked back in the year of coronavirus, they have been able to launch their own safari-boat, the motor yacht Big Blue, after an extended 30-month build.

The couple have extensive experience of operating Red Sea liveaboard trips since the Xanadu in the early 1990s, but had never owned their own vessel before now.

At 38m long and 7m wide, Big Blue puts the emphasis on space for divers with its maximum of 24 berths.

There is space on dives too, say the owners, with divers divided into four groups of up to six sent out at intervals – unless they choose to go down en masse.

And as a principal supporter of the Deptherapy charity, Big Blue was designed to suit wheelchair-users, welcoming divers with disabilities and with accessible cabins to match.

The plan is that Big Blue will kick off the 2021 season on 6 March with two back-to-back trips out of Hurghada featuring a “March Madness” 15% discount special offer.

Divers wishing to book are assured that should continuing Covid restrictions cause flight cancellations or the UK government bans travel to Egypt, the trips are 100% refundable or transferable.