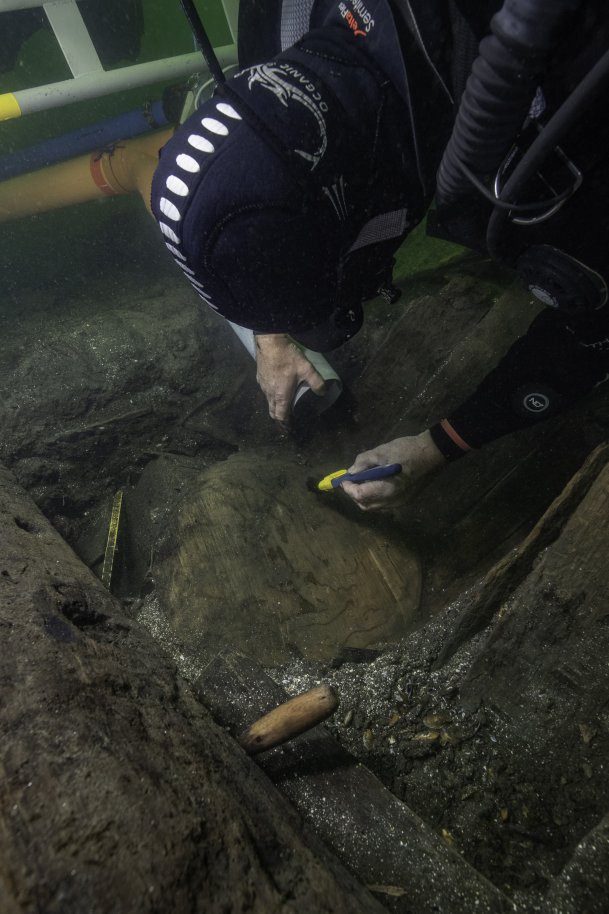 Another well-preserved Baltic Sea shipwreck is giving up its secrets - this time revealing a big fish that a 15th-century Danish king planned to use in his bid to seize the Swedish throne.

King John had only recently taken the Danish throne in 1495 when he sent a delegation on his flagship Gribshunden to Kalmar in Sweden, for talks with separatist forces under Sten Sture the Elder. John planned to claim the Swedish throne, and his ship was laden with goods designed to show off Denmark’s wealth and power.

But the 35m vessel caught fire and sank with all hands off Ronnenby in what is now south-east Sweden. It lay at a depth of around 10m for nearly 500 years before being found by local divers in the 1970s, and archaeologists learnt of its existence only in 2000, confirming its identity in 2013.

It is now considered the world’s best-preserved example of the type of ship used by Christopher Columbus to sail the Atlantic,

A team of 40 marine archaeologists from 10 countries, led by Swedish universities Lund and Södertörn and Blekinge Museum, carried out three weeks of diving on the Gribshunden last year, as reported on Divernet in September.

Their finds included one of the earliest firearms ever found on a shipwreck, beer barrels and a crown-engraved tankard - as well as the distinctive bones and scutes (bony plates) of a sturgeon. Packed in a wooden barrel, the researchers believed it to be the European species (Acipenser sturio) found in the Baltic Sea in the 15th century.

However, DNA analysis has now revealed that it was the less-common Atlantic variety, which would have been calculated to impress the Swedes of the time.

The Atlantic sturgeon (Acipenser oxyrinchus) is virtually extinct today. The research also showed that it was 2m long and even analysed how it had been cut up.

“For me, this has been a glimpse of what the Baltic Sea looked like before we interfered with it,” said Maria C Hansson, the molecular biologist at Lund University who carried out the DNA analysis.

“Now we know that the Atlantic sturgeon was presumably part of the ecosystem. I think there could be great potential in using underwater DNA in this way to be able to recreate what it looked like previously.”

The discovery was said to underline the high status of sturgeon. The fish was valued for its roe, flesh and swim-bladder, which was used to produce the isinglass collagen from which gold paint was derived.

“The sturgeon in the King’s pantry was a propaganda tool, as was the entire ship,” said Brendan P Foley, marine archaeologist at Lund University and project co-ordinator. “Everything on that ship served a political function, which is another element that makes this discovery particularly interesting.”

The significant fish is now the subject of a paper in the Journal of Archaeological Science.

Even without the sturgeon’s help, John succeeded in becoming King of Sweden two years later.