Bitter end for a snake eel

Bitter end for a snake eel 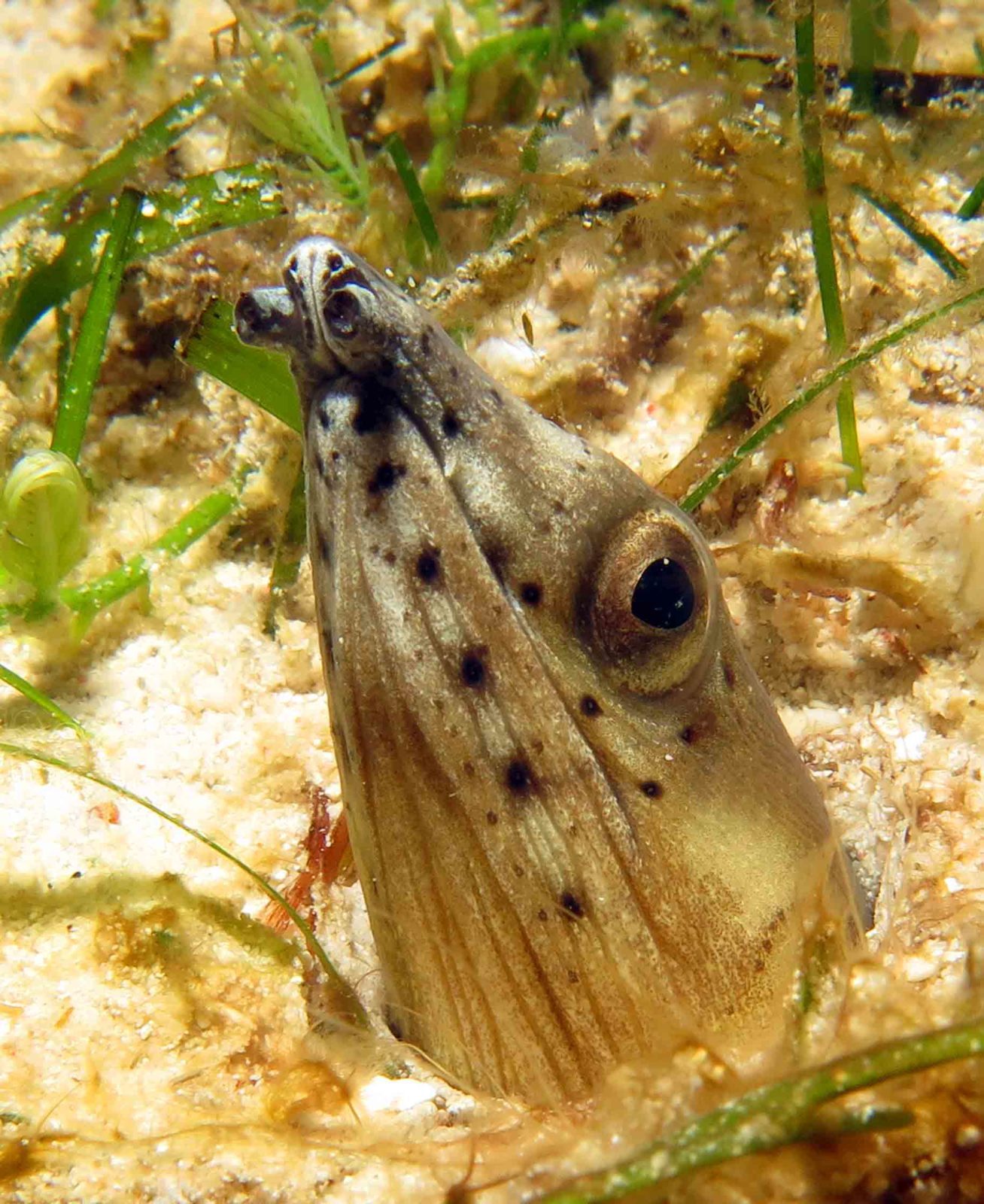 When the snake eels popular with underwater photographers are targeted by predatory fish, their demise isn’t necessarily a quick one, it seems.

The snake eel (family Ophichthidae) is found in tropical, temperate waters around the world, and is able to burrow into the seabed with its hard, pointed tail. Divers often see only the head protruding as the eel waits to ambush prey.

The tail isn’t limited to drilling through substrate, however – it turns out that it can also be used as a tool in a bid to escape from the gut of any fish that swallows a snake eel whole.

However, once past the fish’s soft stomach-lining the going gets tougher, and it isn’t known whether any eel has ever succeeded in bursting, Alien-style, clear out of a fish.

Scientists in Australia recently reported the first recorded cases of snake eels escaping from a fish’s gut but then becoming trapped in tissues in its body cavity – and eventually becoming mummified within the apparently unaffected fish.

The researchers, from Northern Territory Fisheries, CSIRO Australia, Queensland Museum and the Museum & Art Gallery of the Northern Territory, went on to collect 10 other species of medium-to-large predatory fish thought likely to treat snake eels as part of their diet – and found seven fish with eels entombed inside them.

Some of the snake eels could be undescribed species, say the scientists.

Their study is published in Memoirs of the Queensland Museum.