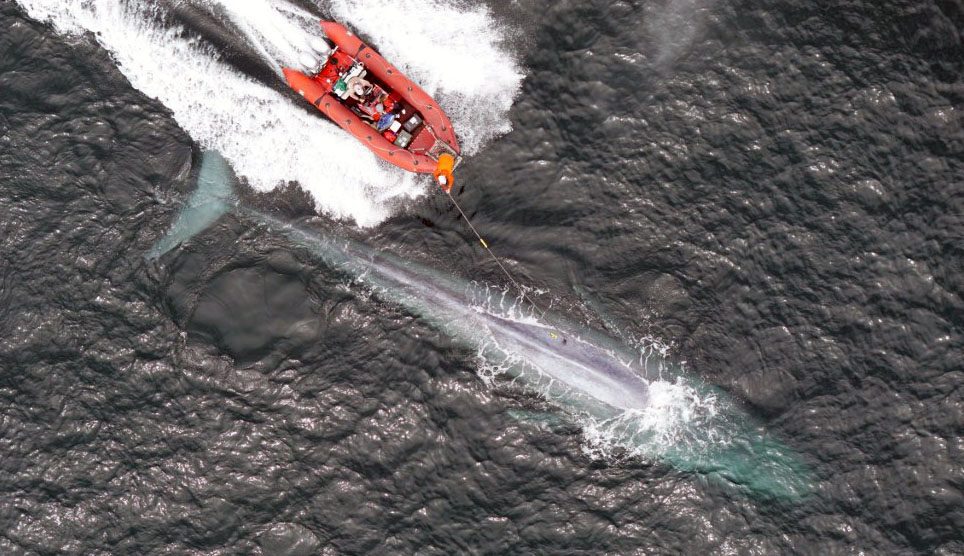 Blue whales’ hearts are working at their limit – which might explain why the species never evolved to be even bigger than it is today. They also beat much faster than expected at the surface, and considerably slower while feeding at depth.

Those are the conclusions after US researchers managed to monitor the heart rate of Earth’s biggest species in the wild for the first time.

The scientists, from Stanford University and Scripps Institution of Oceanography at University of California, tagged a blue whale with an array of sensors, using suction cups containing electrodes.

“Animals that are operating at physiological extremes can help us understand biological limits to size,” said Stanford’s Jeremy Goldbogen, lead author of the study. “They may also be particularly susceptible to changes in their environment that could affect their food supply. Therefore, these studies may have important implications for the conservation and management of endangered species like blue whales.”

Goldbogen and Paul Ponganis of Scripps, the first of the team to identify the heartbeat in the downloaded data, had previously measured heart rates of diving emperor penguins in Antarctica, and for a decade had wondered if they could do the same with whales.

“I honestly thought it was a long shot because we had to get so many things right: finding a blue whale, getting the tag in just the right location on the whale, good contact with the whale’s skin and, of course, making sure the tag was working and recording data,” said Goldbogen.

As it turned out, the scientists managed to attach the tag at the first attempt – and were fortunate that it later slid into a position near the left flipper from which it could detect the heartbeat.

The downloaded data surprised the research team. When the whale dived its heart rate slowed, reaching an average minimum of 4-8 beats per minute – with a low of 2bpm.

At the bottom of a foraging dive, where the whale lunged and consumed prey, the heart rate increased to about 2.5 times the minimum before slowly decreasing again.

Once the whale began to surface, its heart rate increased, with the highest rate of  25-37bpm occurring at the surface as the whale breathed to restore oxygen levels. This was a higher rate than predicted, just as the lowest heart rate was 30-50% lower than expected.

The researchers think that the high rates might depend on subtleties in the heart’s movement and shape that prevent the pressure waves of each beat from disrupting blood flow. They attribute the surprisingly low rates at depth to a stretchy aortic arch that slowly contracts to maintain additional blood flow between beats.

The researchers are now adding more capabilities to the tag, including an accelerometer, to help them better understand how different activities affect heart rate. They also want to try it out on fin, humpbacks and minke whales.

Their findings have been published in Proceedings of the National Academy of Sciences.