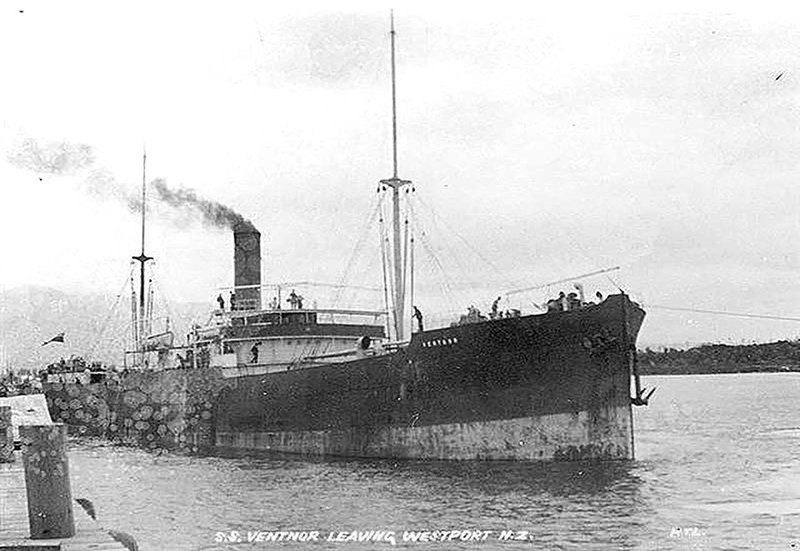 The remains of hundreds of people are claimed to have been located on a 120-year-old shipwreck off New Zealand – but the documentary-makers who found them knew that they had already been long dead when the vessel sank in 1902.

The discovery has now provoked a row over cultural sensitivities.

The remains of the Chinese immigrant workers were located by a ROV-mounted camera exploring the wreck of the Ventnor in the Tasman Sea, 13 miles off North Island. The deepest wreck in New Zealand to have been visited by scuba divers, it lies at a depth of 147m.

The 105m steamship was built in Glasgow in 1901 and chartered the following October for the mass repatriation of the bodies of some 500 Chinese men, mostly gold-miners, to southern China. They had contributed to a community fund to cover the costs of being returned home when they died in order to be close to their families, as Chinese culture dictates.

The bodies were disinterred from 40 cemeteries and loaded onto the Ventnor, which was also carrying coal and other cargo as it left Wellington, but the ship never made it to China.

It struck a reef and, while trying to reach Auckland for repair, sank off Hokianga Bar. The captain and 12 crew died when their lifeboat capsized, though the rest of the crew made it to shore.

In 2013 an ROV investigating an echo-sounder mark obtained footage that allowed the wreck to be positively identified as the Ventnor. The following year technical divers carried out a number of challenging dives and recovered artefacts, although the human remains stayed hidden.

Apart from the extreme depth, weather and sea conditions made diving the wreck difficult and dangerous. Exploring what was regarded as a grave-site was also considered culturally sensitive.

With the news that the remaining bodies had been located, the NZCA has now expressed concern that the documentary-makers who claim to have found and filmed them in May had not kept it informed, and has told press that “the story is not the film-makers’ to tell”.

Auckland-based Definitive Productions is working on a documentary about the Ventnor story called Fallen Leaves, the title referring to a Chinese proverb: “Falling leaves return to their roots.”