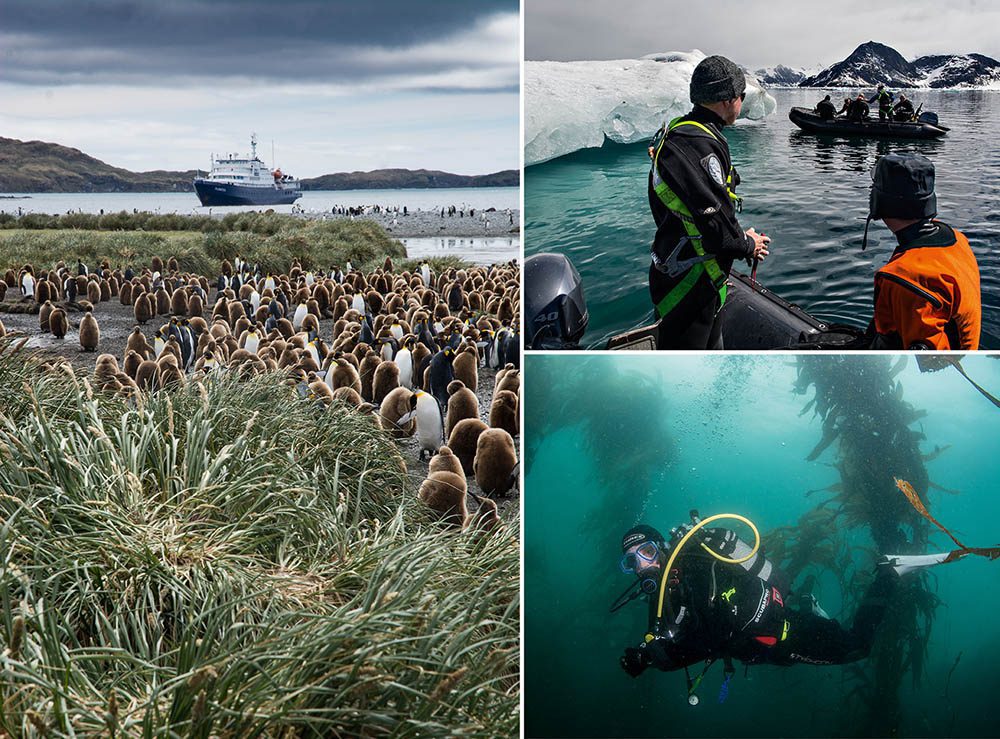 The African & Oriental Travel Co ran its second diving expedition to Antarctica and the Southern Shetland Islands last December and describes the trip as “incredibly successful”.

Now it has obtained permission to operate another midsummer polar venture and is planning it for 12-22 December 2021, to take in the penguin breeding season.

Despite what it describes as “the temporary setback of the corona outbreak” the operator says there are only five dive-spots left, alongside 10 non-diving and six kayak spaces.

The 11-night cruise aboard the liveaboard Plancius is fully guided at  the surface, but all diving must be carried out by independent buddy teams.

AOTC is looking for seasoned British divers who already own drysuits and coldwater dive-gear and have experience in home waters to join the expedition.

AOTC says it is the only company in Britain that escorts its Antarctica diving tours, and that no other UK travel company has such experienced divers on staff as polar escorts.

Places on the “budget” version of the cruise start at £7656 pp, including diving but not travel or overnight stays at the embarkation point of Ushuaia in Argentina.