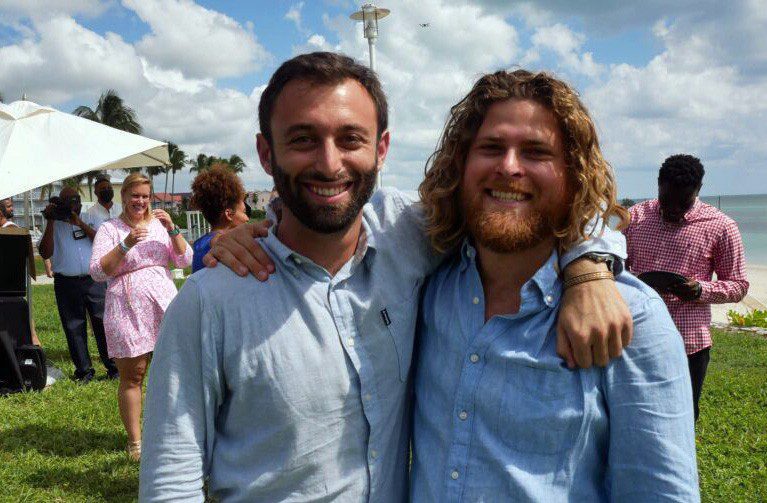 Reef-restorer Coral Vita in the Bahamas has won one of the £1 million Earthshot Prizes, in the Revive Our Oceans category.

The five winners of the inaugural Earthshot Prize were announced on 17 October at a ceremony based at London’s Alexandra Palace, with each one awarded £1 million to help support and scale innovations considered to have the potential to help repair the planet.

Coral Vita cultivates coral on land from collected fragments and replants it in the sea to revive dying ecosystems. Founders Sam Teicher and Gator Halpern claim that corals can be grown up to 50 times faster using their methods than with traditional restoration, and say that their corals are more resilient to the impact of climate change.

The two men both received Master of Environmental Management degrees at Yale, where they were awarded the university’s first Green Innovation Fellowship. A year after they launched Coral Vita’s first facility in Grand Bahama, Hurricane Dorian destroyed their coral farm. The experience brought home the extent of the climate emergency, they now say – and strengthened their resolve to protect coral reefs.

Winning the funding will, they say, help them to make that vision a reality. A single farm using their methods could potentially supply coral for an entire country, and they envision a network of farms in every nation that has reefs in a bid to kickstart a restoration economy.

The other finalists in the oceans category included Pristine Seas, a global conservation programme founded in 2008 by a team of scientists, film-makers and policy experts. It says that to date it has produced more than 200 peer-reviewed scientific studies and 30 documentaries and helped to establish 24 marine reserves.

The other finalist was Living Seawalls in Sydney, which builds “habitat panels” that mimic natural formations such as rock-pools and mangrove roots and are fitted to sea defences.

Every year until 2030 the Earthshot Prize is set to find and reward five solutions to its goals which, apart from reviving the oceans, are to protect and restore nature, clean air, build a waste-free world and fix the climate. Next year’s awards ceremony takes place in the USA.