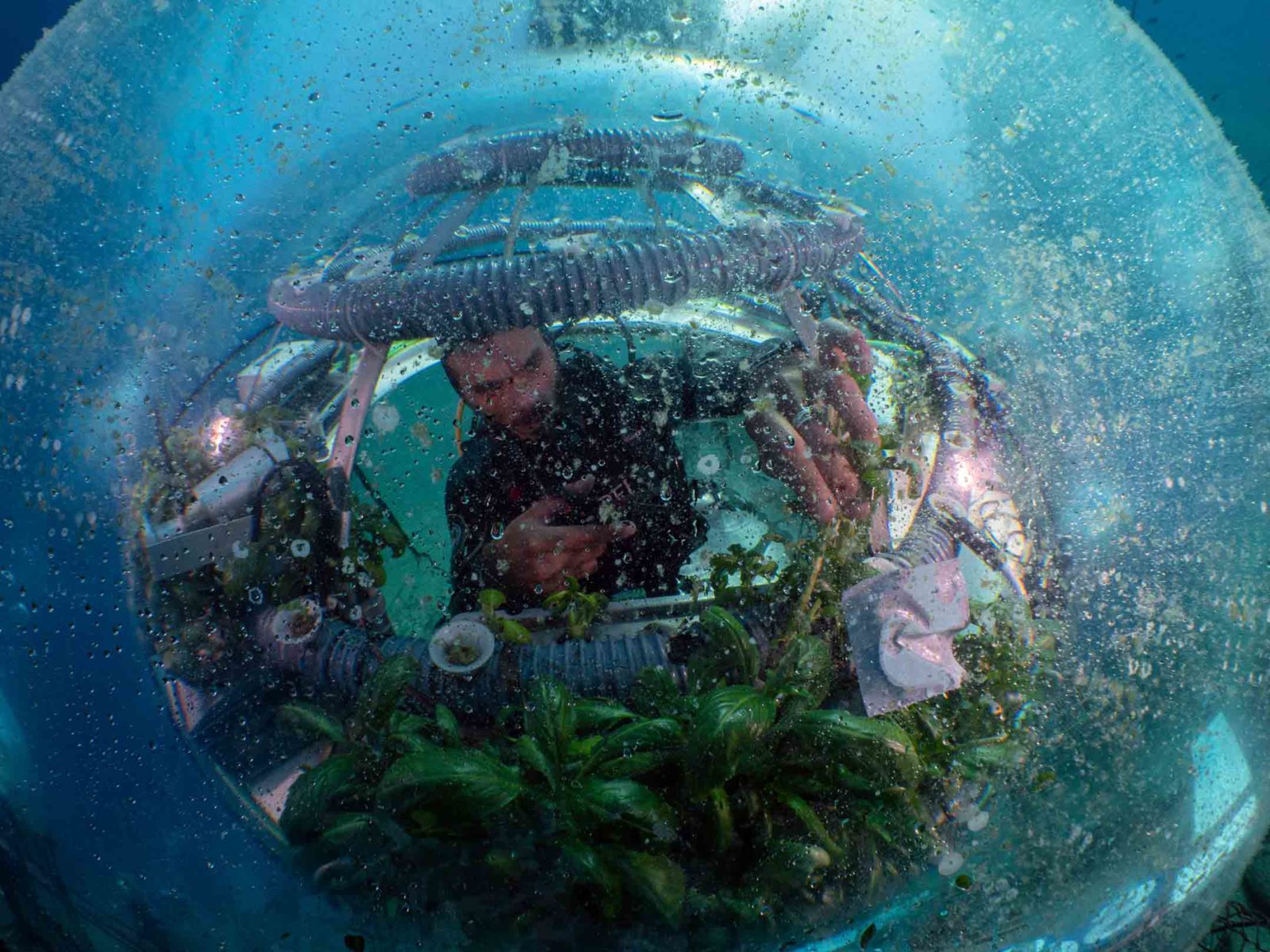 This unusual underwater photograph by Joanna Smart emerged as the theme winner in this year’s United Nations World Oceans Day photo competition. The theme for the day (8 June) was “Innovation for a Sustainable Ocean”, and the image was entered in the Innovation category.

It shows a gardener tending to plants at a depth of 10m at Nemo’s Garden near Noli in northern Italy.

Created by Ocean Reef, the six air-filled biospheres at the location are an experiment in alternative agriculture, with basil, lettuce, herbs, strawberries and tomatoes grown in an underwater environment.

The hydroponic systems produce fresh water through condensation and are powered by solar and wind energy. They are intended to provide an alternative source of food security in parts of the world where agriculture is not possible on land.

Joanna Smart, 23, from Tasmania, has been representing Australasia as its Rolex Scholar of the Year, one of the three young scuba divers named each year by the Our World-Underwater Scholarship Society. She carried out a marine-biological survey of the Nemo’s Garden site.

The 30 first, second and third-placed winners of the UN World Oceans Day contest were announced during the virtual event that ran through the day. Curated by Ellen Cuylaerts, the competition is hosted by DivePhotoGuide and judged by a panel of 10.

The other categories, as a guide for photographers wishing to get involved next year, were Rejuvenation, Underwater Seascapes, Underwater Life, Above-Water Seascapes, Human Interaction: Making a Difference, Clean Our Ocean, Digital Ocean Photo Art, Youth and Science in Action: Ocean Decade 2021–2030.

The winning images can be seen here.  World Oceans Day is co-ordinated by the UN and environmental charity Oceanic Global.

* IN AN EXTENSION to World Oceans Day, the Ocean Film Festival UK & Ireland Tour is sharing a collection of short ocean films as a Facebook Live event tonight (Saturday, 13 June) at 8pm BST.

The film festival, presented in conjunction with the Finisterre clothing brand, is said to showcase “beautiful stories of lives that revolve around the seas – tales of adventure, exploration and the important messages of conservation, calling us to protect what we love”.