Dive centre gets behind military

Dive centre gets behind military 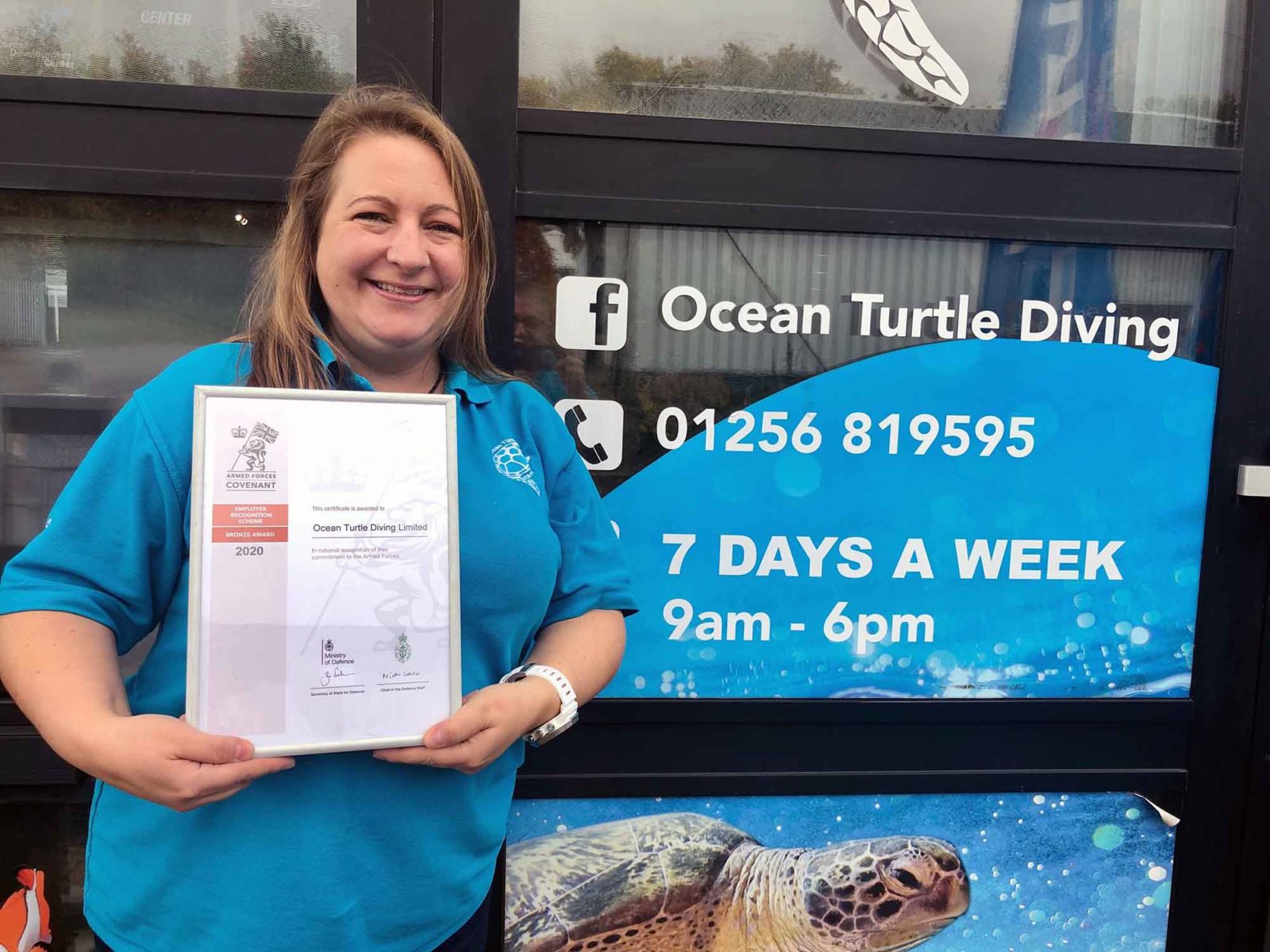 Ocean Turtle Diving (OTD) of Basingstoke, Hampshire has become the first PADI dive-centre in the UK to sign the Armed Forces Covenant. The move is described as a commitment to provide practical support for existing and former military personnel in recognition of their value to the nation.

OTD, one of the UK’s three PADI 5* Career Development Centres, has pledged to offer personnel and their families a range of support and services, including discounted scuba-diving courses. It will also be working with local Combined Cadet Force schools to arrange dive-trips and training.

The centre specialises in training divers who might otherwise feel deterred by physical or mental barriers from taking up scuba as a recreational activity.

Owner Kerrie Eade, a PADI Platinum Course Director and Elite Instructor, is an instructor-trainer in adaptive techniques. She and her OTD team offer bespoke training programmes to meet the individual needs of divers including amputees and those with mental-health issues.

“Being under water is a well-known healer; the benefits of being in nature and slow, deep breathing are well-documented, and those with physical disabilities are able to be free and independent,” says Eade, describing the opportunity to work with veterans and service-leavers as “an absolute privilege for the entire team”.

“Over the years I have been lucky enough to see many serving and ex-service men and women learn to dive, go on to great things and become instructors themselves,” she said. “Learning to scuba dive has been life-changing for so many people who have benefited both physically and mentally.”

Former Royal Green Jackets veteran Paul Ungi, now a support manager with Capita at the Army National Recruitment Centre in Wiltshire, recently completed a PADI Reactivate course with OTD. Much of his previous diving had been undertaken while serving in Northern Ireland, but he had left the military in 1998 facing mental-health challenges.

“For me to take that step to introduce myself to Ocean Turtle took a giant leap of faith and confidence, but without doing so I would not have been able to complete my Reactivate Course and regain my confidence,” he says.

“The water helps with my mental-health issues and I know that when I’m in the water, whether under it, on top of it or by it, the stresses of life ease and I feel so much more positive.”

Ungi is saving for a drysuit to continue his UK diving, although he says he is also keen to experience warmwater wreck-diving: “Although I do still suffer with issues, completing the PADI Reactive Course has been just the tonic to get me back where I want to be – under the sea!”