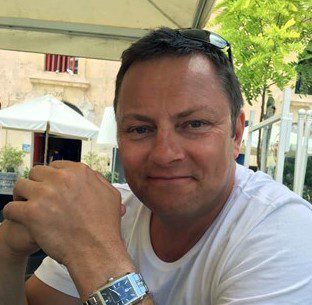 A fund-raising page has been set up in memory of scuba diver Richard Sanders, who died while diving at the National Dive & Activity Centre inland site near Chepstow on 11 April.

Sanders, 52, from Great Yarmouth, had been taking part in a trimix-diving course at the Gloucestershire site, which has a maximum depth of 80m, in preparation for an upcoming Scapa Flow wreck-diving expedition.

He was recovered from the water but declared dead at the scene by emergency services personnel, as reported on Divernet. A coroner’s report into the circumstances of his death was being prepared.

The JustGiving page has been set up in Sanders’ memory by friend and dive-buddy Steven Smith, with all proceeds pledged to go to Deptherapy and Deptherapy Education. The scuba rehabilitation charity for injured military personnel was chosen as the beneficiary by Sanders’ wife Catherine and her family.

Described by Smith as “an all-round good bloke”, Sanders was said to have “absolutely loved” his diving in recent years, during which time he had “become a very good diver”. He had recently volunteered as training officer at his local BSAC branch, wanting “to be involved with diving even when he wasn’t in the water”.

“I know Richard would feel so proud to be supporting this good cause,” says Smith. Although a target sum of £1150 was set, 71 supporters have already raised more than £3000 for Deptherapy (12 May). The JustGiving page was due to remain open for at least another week.