Diver's ‘determination in face of adversity’ 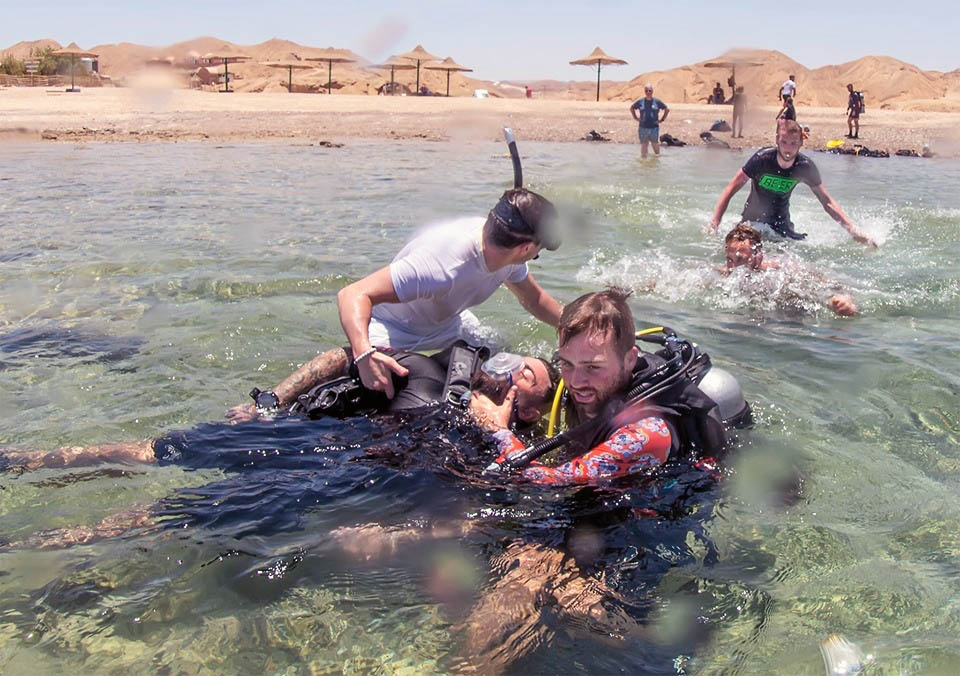 Tom Oates, currently training as a scuba instructor despite being diagnosed with post-traumatic stress disorder (PTSD), has been awarded the Henry Worsley Award at the Royal Foundation’s Endeavour Fund annual awards event.

Oates received the award from the Duke of Sussex and Max Worsley, son of Antarctic explorer Henry Worsley, at London’s Mansion House on 5 March.

It is accorded to an individual who has “best inspired others through the demonstration of determination in the face of adversity, whilst endeavouring to support others with their recovery through sport or adventurous challenge.”

The diver is a programme member of Deptherapy, the charity that rehabilitates, through its scuba-diving programmes, UK Armed Service personnel who have suffered life-changing mental and/or physical challenges.

Oates was serving with the Scots Guards in Afghanistan when his vehicle was struck by an IED. Back home, while crossing the road with his girlfriend, she was struck and killed by a car.

He now suffers from complex PTSD, has tried to take his own life and requires a high level of support but, according to Deptherapy, “under water Tom’s demons disappear”.

He is now not only achieving his dream of becoming a diving instructor to help others to overcome similar challenges, but has been offered a place at Hull University to study for a marine-biology degree.

“I have never won anything in my life before, so winning the Endeavour Fund’s Henry Worsley Award is unbelievable,” said Oates. “Without the support of Deptherapy and the Endeavour Fund I would not be alive; this award is a true milestone for me.

“I hope I can give back to the charity by being a champion for our project Protecting Our Oceans, and by supporting veterans who are new to the programme.”

Deptherapy says it launched Protecting Our Oceans in 2016 to support global initiatives to combat ocean pollution through beach and underwater clean-ups and education.

The charity says that Endeavour Fund support has enabled it to offer its training and development programmes to many injured ex-service personnel.