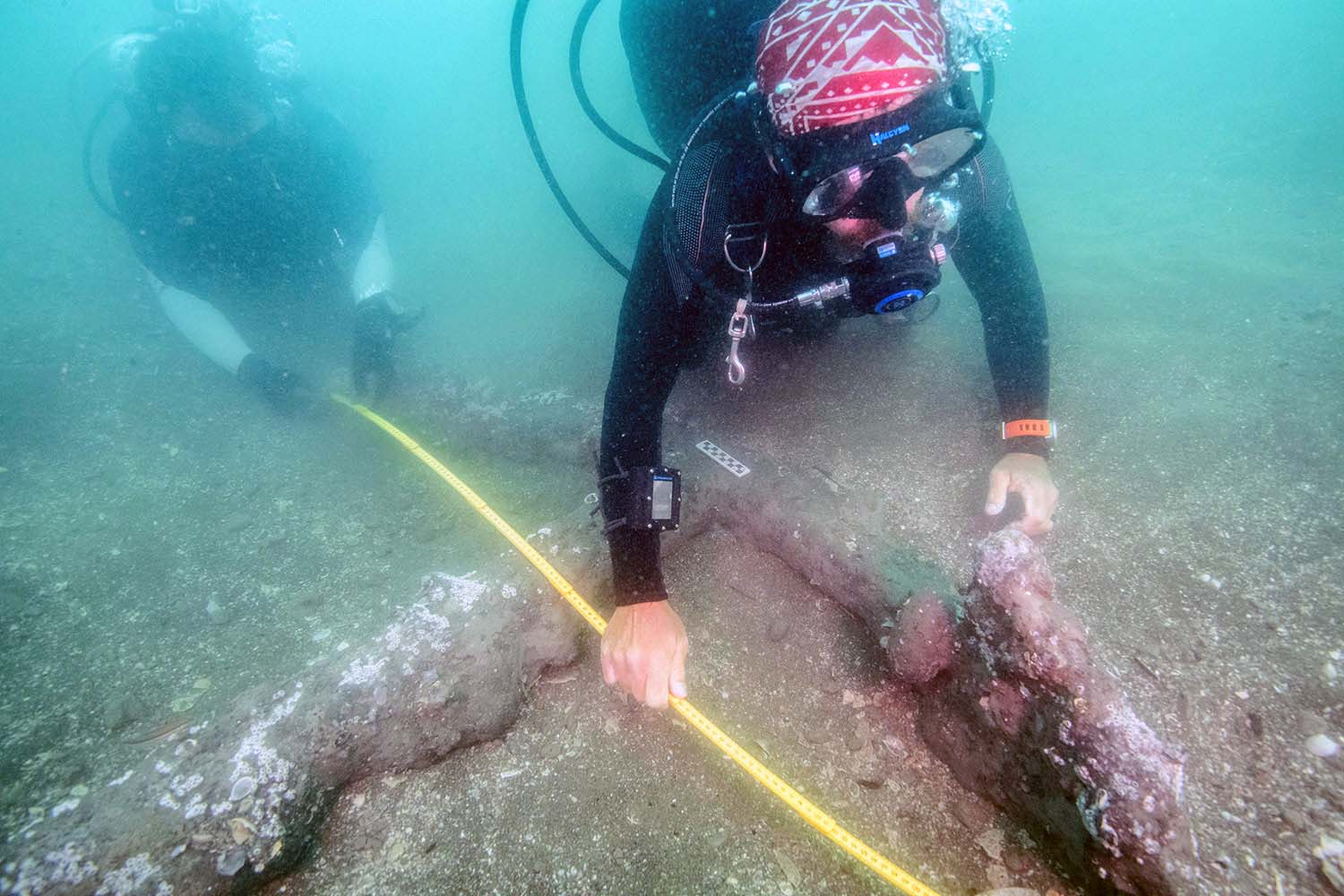 Underwater archaeologists have discovered two iron anchors in the Gulf of Mexico and believe they might have come from ships of Spain’s 16th-century invasion force.

It’s 500 years since conquistador Hernán Cortés landed his fleet in what is now eastern Mexico in 1519 and set about destroying the Aztec empire.

Following a magnetometer survey of seabed anomalies off the city of Veracruz, scuba divers from Mexico's National Institute of Anthropology & History (INAH) excavated the artefacts at depths between 10 and 15m. The well-preserved anchors had been buried 1-1.5m deep in sediment.

INAH had already discovered one anchor in the area in 2018. Study of its preserved stock or crosspiece showed that the timber came from Cantabria in Spain and had still been growing in the second half of the 1400s.

That anchor and those recently found 300m away from it were all aligned towards Villa Rica, the port Cortes had gone on to build. The newer finds are bigger than the previous anchor, which had a 2m shank and measured 66cm between the tips of the flukes.

The biggest of the recently found anchors is 3.68m long and 1.55m wide, while the other measures 2.60m by 1.43m. Unlike the first one their timber stocks were missing, but both anchors displayed features consistent with 16th-century design.

“It is not clear if all three anchors belong to the same historical moment, but their alignment to the south-west coincides with the logic of Villa Rica as a port that protects ships from the north and north-west winds,” said Junco.

Little is known archaeologically of Europeans’ arrival in Mesoamerica.

“The conquest of Mexico was a seminal event in human history, and these shipwrecks, if we can find them, will be symbols of the cultural collision that led to what is now the West,” said Dr. Hanselmann.

Cortés is believed to have burnt and scuttled his ships in the area to prevent a mutiny among crew who wished to return to Cuba.

Following recording, measurement and documentation with photogrammetry, the anchors have been reburied for their protection. In the next survey season the team plan to focus on 15 other anomalies that could also prove to be anchors, and hope that remains of timber hulls might also have been preserved in the sediment.