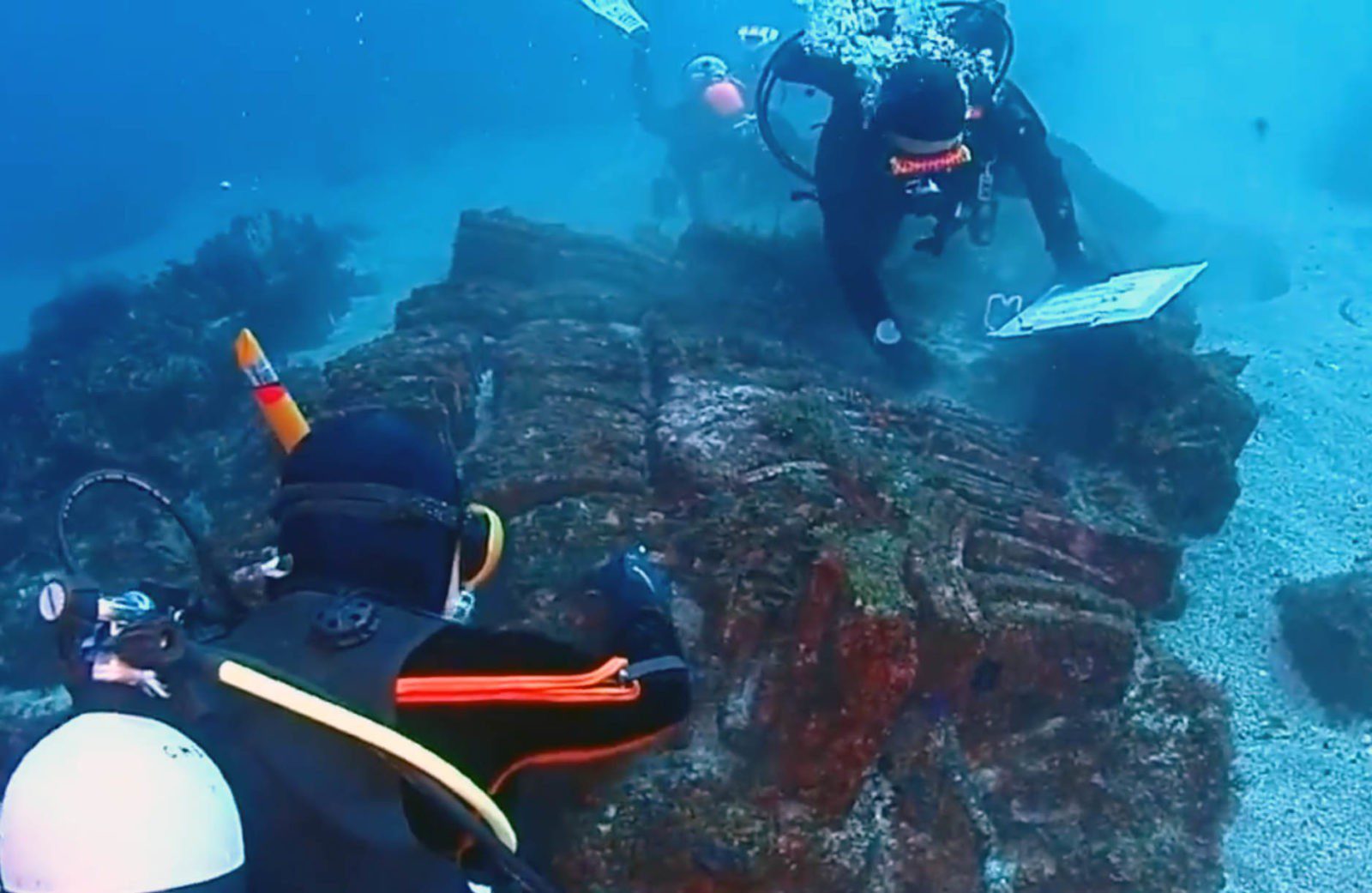 Archaeological divers have recovered cargo from an early 18th-century shipwreck showing that it belonged to the Tokugawa Shogunate, Japan’s last feudal military government.

Among items found was a roof-tile containing the family crest, according to a report in Aahi Shimbun. It and other tiles were thought to have been intended for Edo Castle in Tokyo, which had become Japan’s capital under the Shogunate.

The team of 11 divers from the Asian Research Institute of Underwater Archaeology spent four days in December diving off Hatushima Island in the Sagami-nada Sea, at a 20m-deep wreck-site that had been found in 2011 but dived only intermittently.

The cargo ship was thought to have been sailing east from Osaka to Tokyo (then called Edo) when it sank. Hatushima lies south-west of Tokyo.

Some hull timbers remain at the 25 sq m site, but the divers were surveying the many earthenware objects on the sandy seabed. These included mortars and whetstones, but mainly neatly stacked roof-tiles of various types.

A diver noticed that one “ridge-end gargoyle” tile was embossed with a coat of arms. The crest, described as a “wild ginger trefoil”, denoted the Tokugawa dynasty, founded by general Tokugawa Ieyasu at the start of the 17th century.

Tokugawa became Japan’s supreme military leader after defeating a rival in battle in 1600, after which the Emperor made him Shogun. The Shogunate, which brought peace to Japan after a long period of bloodshed, remained in power until the second half of the 19th century.

Tokugawa mobilised a workforce from all over Japan to build Edo Castle, said to have been the largest fortification in the world. The tiles on the wreck were made between the 17th and early 18th century by the Terajima family, which made all the roof-tiles for the castle.

“This underwater site is valuable because it has things that can tell us about the Tokugawa Shogunate and Edo Castle, and even about industries and distribution systems of the time,” said Toshiaki Hayashibara, leader of the dive-team.

“Our study is important, not least for the site’s protection and its use in education and other purposes.”

The underwater site is not protected under Japanese law, although the researchers hope to get it designated as a “site containing a buried cultural property”.