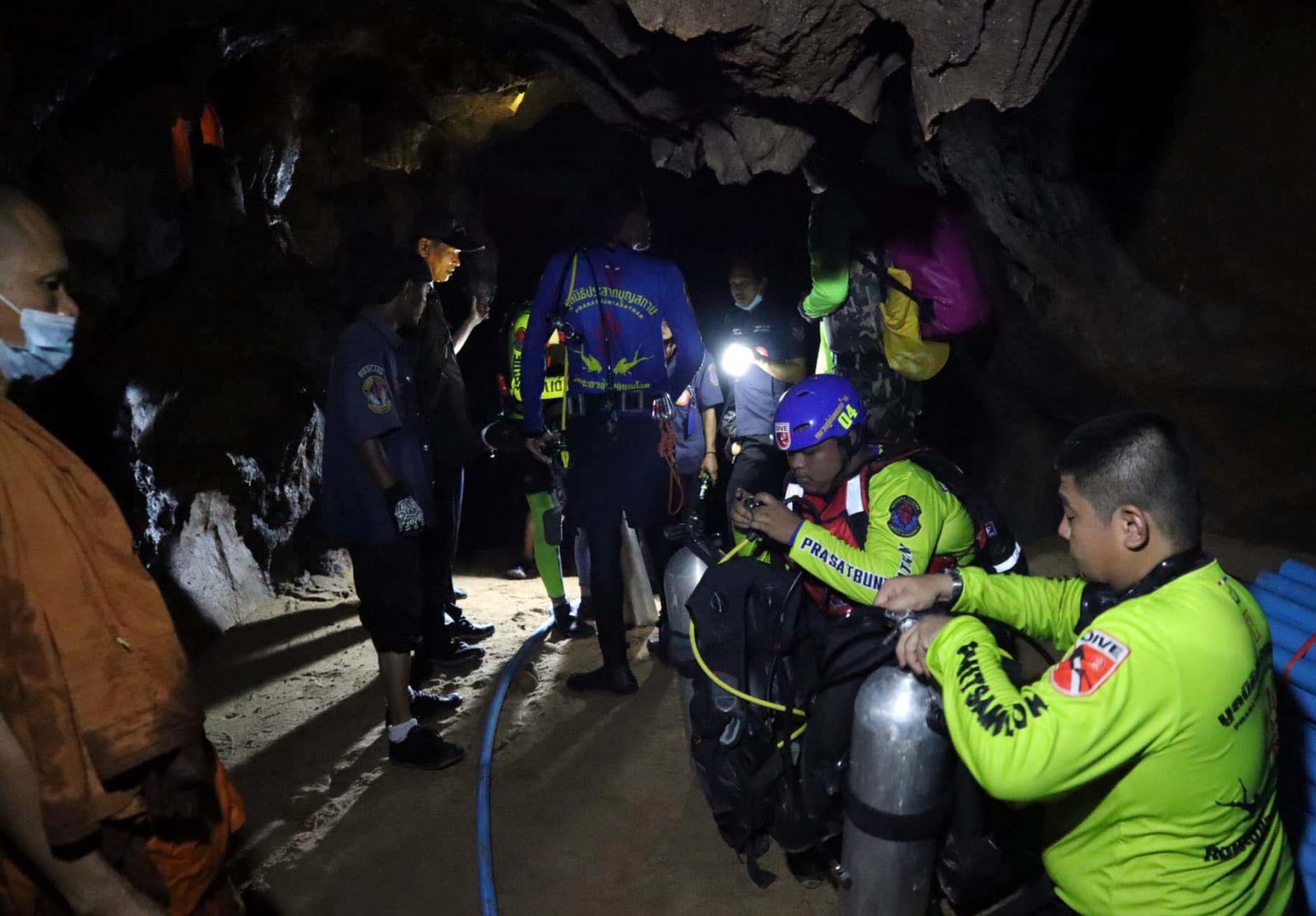 In an operation with echoes of the rescue of a youth football team from the Tham Luang caves in 2018, divers have succeeded in extracting a Buddhist monk who had spent four days in flooded caves in northern Thailand.

Like the young footballers, however, he became trapped by floodwater. A sudden and unseasonal storm followed by continued rainfall cut off his exit route, forcing him to retreat deeper and higher inside the extensive system.

Manat had visited the caves before, and it was local residents aware of his annual April pilgrimage to the caves who feared that he had become trapped and raised the alarm. There was concern that he had no food with him.

Volunteers from the Prasat Bun Sathan rescue service along with police and park officials launched a rescue operation but were hampered by the adverse weather conditions and rising water levels.

After the rain had stopped, Manat was located in a chamber some 400m from the entrance, just beyond a flooded sump about 12m long and 4m deep.

This time it was not necessary to call in international rescuers. Divers from a team of 17 from the Puen Pung Yamyak Foundation of the Thai Red Cross Society, which was also involved in the 2018 operation, dived through the sump into the chamber.

They kitted Manat out with scuba equipment and assisted him back out through the sump at 11.30 yesterday morning (7 April). He was said to be slightly feverish and exhausted but otherwise uninjured, and was taken to hospital for routine checks.