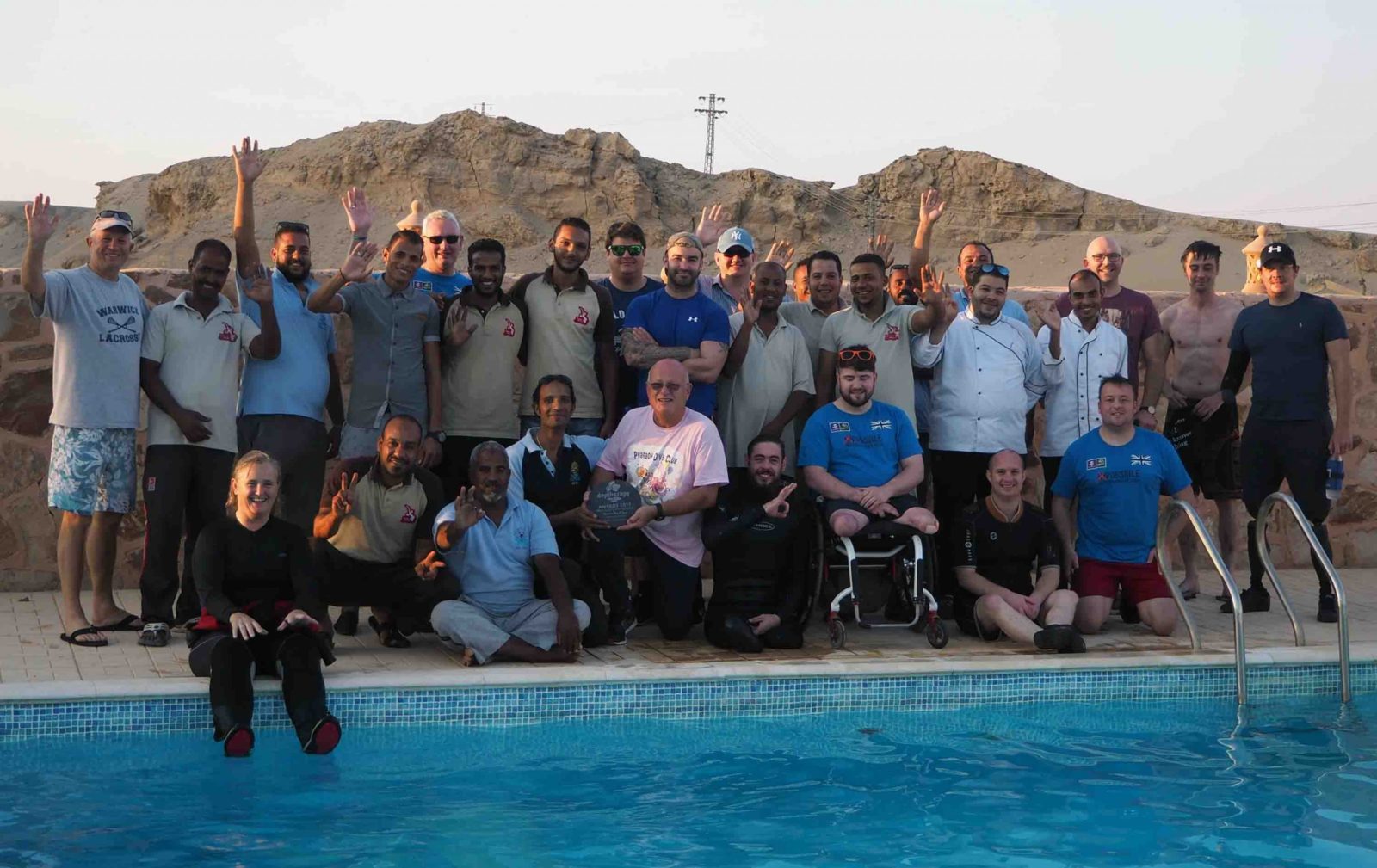 A group of British forces veterans attached to the Deptherapy charity are set to embark on a 40-mile hike along Hadrian’s Wall in the north of England – to raise funds for out-of-work staff at Egyptian dive-resort Roots Red Sea.

The El Quseir centre has been closed since the start of the Covid-19 pandemic, and with Egypt currently Red-Listed for UK travellers is said to be unlikely to re-open in the near future.

Deptherapy describes Roots as its “home from home” in Egypt, having used it before the pandemic for most of its overseas training courses.

The charity seeks to rehabilitate armed service personnel and veterans who have suffered life-changing mental and/or physical challenges, through specially designed scuba-diving programmes.

Roots’ UK owners Steve & Clare Rattle have been supporting the dive-centre’s 16 staff and their families but face an uncertain future, according to Deptherapy.

“We’re hoping to raise £3000 for the staff at Roots to support their families due to hardship caused by the pandemic,” said Deptherapy divemaster and former Scots Guard Tom Oates. “Deptherapy has been a lifeline for so many of us beneficiaries and an essential part of that journey has been our scuba-diving adventures at Roots Red Sea.

“We view the staff at Roots as part of our extended families. They have become close friends. The welcome, service and care we are shown is unbelievable but now it is our turn to give something back.”

Steve Rattle himself is organising the trek, which takes place from 12-16 July, heading west along a section of the Roman wall between Heddon-on-the-Wall in Northumberland and Lanercost in Cumbria.

A fund-raising site has been set up.