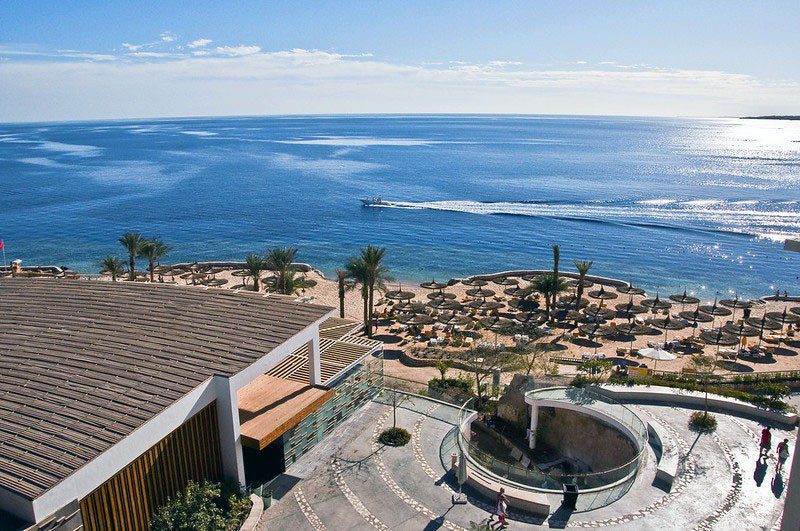 Divers have welcomed the lifting of restrictions on direct flights between the UK and Sharm el Sheikh airport in Egypt, announced by the Government yesterday (22 October).

Removal of the ban follows a four-year period in which visiting divers have been forced to find indirect routes into Sharm or switch to other Red Sea resorts or other countries. The restriction and consequent slump in tourism has had an adverse effect on the resort’s diving infrastructure and on the Egyptian economy.

The UK Government has cited improvements in security procedures at the airport, and closer cooperation between the UK and Egypt, for its change of heart.

It says that its decision supports airlines in providing more choice to visitors to Egypt, and that it plans to work closely with providers that have expressed an interest in operating flights.

“We look forward to services to Sharm el Sheikh resuming, and lifting the restriction is the first step in that process,” said Transport Secretary Grant Shapps. “The safety and security of British nationals remains our top priority, and this decision follows close cooperation between our aviation security experts and their Egyptian counterparts, and improvements in security procedures at the airport.”

An estimated 415,000 British nationals visited Egypt in 2018, with the Foreign & Commonwealth Office (FCO) describing most visits as “trouble-free”. Those visitor numbers were less than half of those to the popular resort of Sharm alone in the years before the ban. Flights were stopped almost exactly four years ago, after 224 people died when a Russian airliner exploded soon after leaving the airport, in a terrorist action linked to ISIS.

The FCO says that additional security measures are in place at the airport because “there remains a heightened risk of terrorism against aviation in Egypt”. Enhanced security has been implemented not only at Sharm but at Egypt’s other resort airports.

“We can now offer two large, world-class resorts to British scuba-divers – our much-loved treasure, Sharm el Sheikh, and also our old-faithful Hurghada, which has been greatly rejuvenated over the past four years,” Director of the Egyptian Tourist Authority in London Amr el Ezabi told Divernet, describing the outlook for tourism as “very exciting”.

The timing of the decision is fortunate for divers planning to attend the UK’s major dive show DIVE 2019 at the NEC in Birmingham this weekend (26/27 October), because Egyptian dive-tourism has a significant presence at the event and visitors will be able to explore a new range of options for diving from Sharm.

“It’s been such a long time coming – we’re delighted by this news,” Angela Nordin of dive tour operator Scuba Travel told Divernet. “We’ll start going straight away, using indirect flights for resort holidays like Camel. As soon as direct flights come back we’ll be sailing liveaboards from Sharm again. Tornado Marine Fleet is launching a new liveaboard very soon, so this will be perfect timing for that.”

“I always dreamt of this moment when buying Oonasdivers, as this now opens up the full market again to us,” said Ultimate Divers’ Tom Blake. “We’re already in touch with our suppliers, and will launch holidays as soon as the flight schedule is released.

“We have group leaders who lost trips to the south already seeking to do a trip to Sharm… it will be great to support the staff and businesses Oonasdivers has had relationships with for many years, and with whom we’ve been unable to do business until now.”

Regaldive told Divernet that it was also on the case: “We were thrilled to hear that eager divers can return to one of the world’s most loved dive-spots in the near future. The Regaldive team are already working hard to ensure that we’re ready to launch dive holidays as soon as flights are available to book.”

And general tour operator Red Sea Holidays was quick to announce that it would be starting weekly Saturday charter flights to Sharm from London Gatwick from 22 December, using the Polish airline Enter Air.

“It’ll still take a while for companies in Sharm to recover, because there’ll be a lot of debt to repay, facilities to maintain and improvements to be made,” diving instructor and author John Kean, who had been working in Egypt at the time of the ban, told Divernet. “It was a long drought. While marine life has improved and environmental concerns have been addressed, they must be careful not to let the expected new hordes undo a lot of good work.”