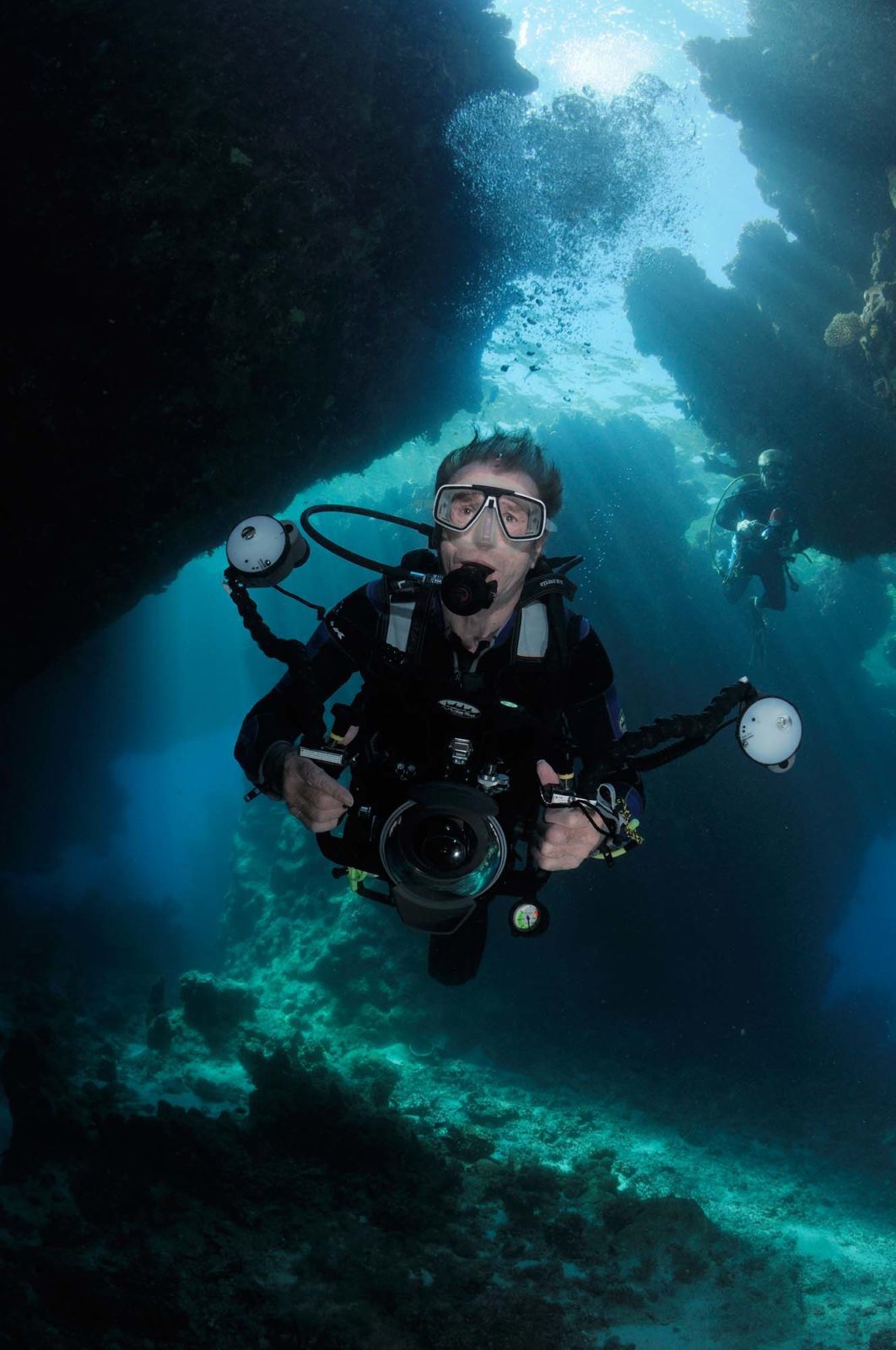 The funeral is being held in Croydon, London today (23 September) of noted UK underwater photographer Brian Pitkin, who died on 31 August at the age of 75.

He had taken up scuba diving in the 1970s, and underwater photography quickly became a passion for him, says his widow Linda Pitkin, herself a well-known exponent. “He was a very accomplished photographer, but his greatest achievements were what he gave of himself,” she says.

“We both joined the British Society of Underwater Photographers (BSoUP) in 1980, and he soon became very actively involved with the organisation, with a huge input over the years in different roles: Newsletter Editor, Chairman and, in more recent years, Webmaster and President.”

Pitkin set up the society’s Facebook group, and wrote many reports on BSoUP’s photography competitions, which he organised for years, for DIVER and other magazines. He was also a well-known figure at Diver Group’s UK Dive Shows, compering the speakers’ presentations in the days when these were delivered in halls away from the exhibition areas.

As BSoUP’s Chairman for many years, Brian Pitkin was the “welcoming, helpful, friendly face of the society”, says Linda. “In diving and in underwater photography, all along he was befriending and encouraging others, particularly newcomers; and he is remembered with love and appreciation for that,” she says.

“It was always a pleasure to work with Brian,” said DIVER Magazine publisher Nigel Eaton. “Without his expertise in both camera techniques and marine-life subjects, the many UK and international photo events run by DIVER could not have brought such a wealth of outstanding images to the diving world.”

An online tribute has been set up here.