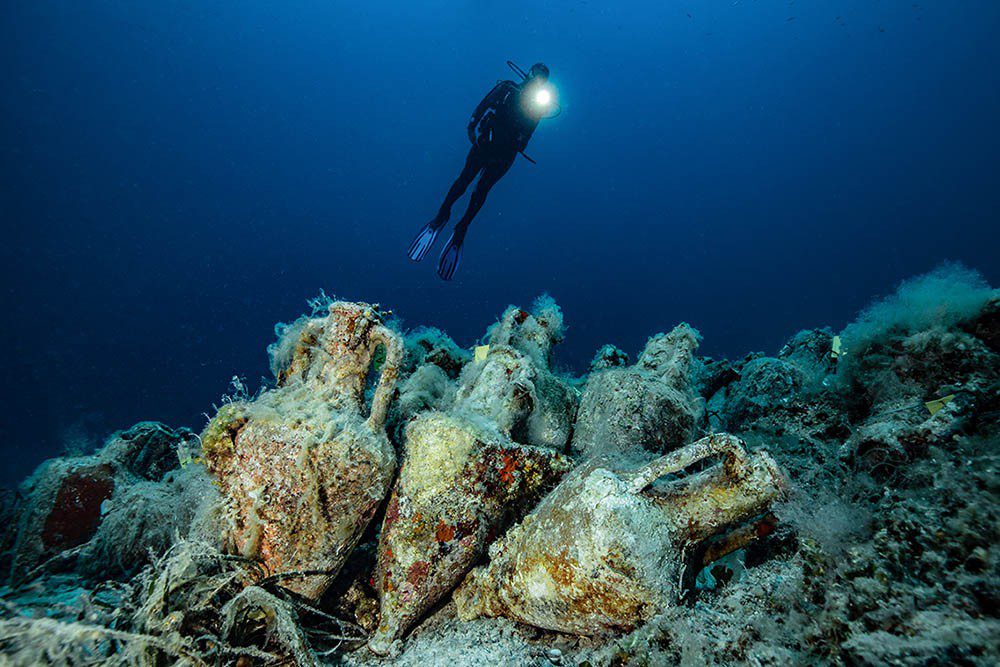 Greece is open, though not yet to UK travellers at the time of writing, but if an air bridge makes the way clear later this summer the Peristera shipwreck, which was discovered in the early 1990s, will be the first ancient wreck to be opened by the government to the public,  from 3 August to 2 October.

This is a one-off for the logbooks, because it is considered the oldest accessible shipwreck in the world. Divers are promised a vast vista of an estimated 4000 amphoras, sometimes piled high above their heads as they fin around the wreckage.

While the wreck is spectacular, say those who have dived it, it is also said to have changed archaeologists’ understanding of shipbuilding in the ancient world.  They had believed that the Romans invented this type of ship, but the Peristera wreck proved that the Greeks were ahead of them.

Alonissos Triton Dive Centre in the Sporades Islands has a dive package with two options. The first involves  seven nights’ B&B at the Paradise Hotel, transfers, five days’ diving (eight dives plus the Peristera wreck) from 540 to 820 euros pp (two sharing) depending on date.

The second option replaces the hotel with a self-catering apartment, the package costing 499-620 euros depending on date.