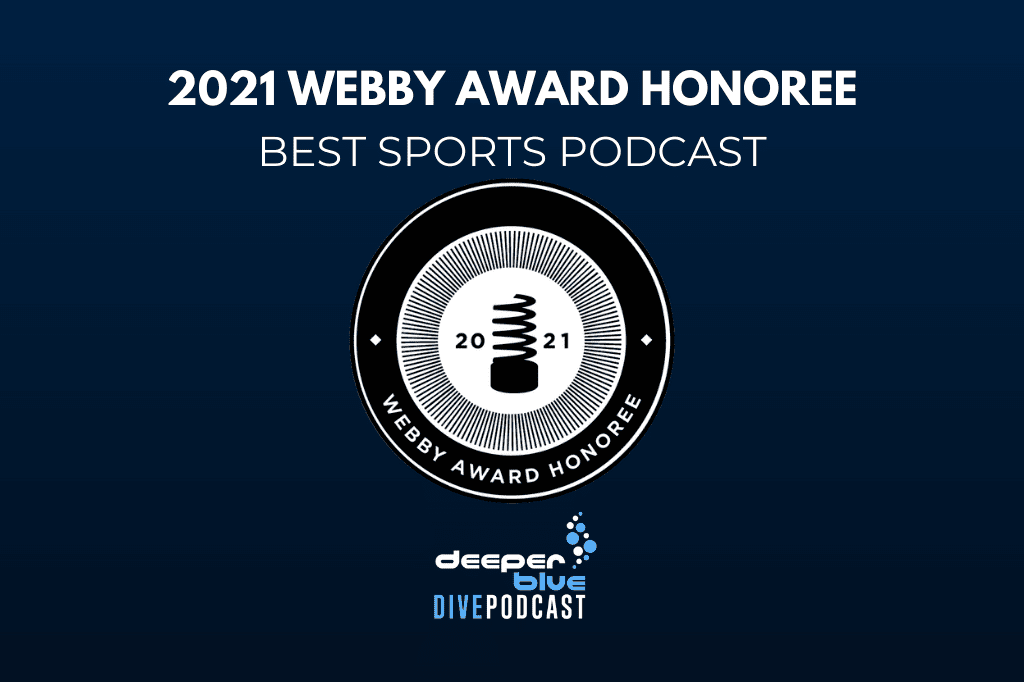 UK-based freediving and scuba portal DeeperBlue has been recognised for producing the Best Sport Podcast at the international Webby Awards, which are described by the New York Times as the “Internet’s highest honour”.

The DeeperBlue Podcast is a weekly half-hour magazine-style guide to underwater news, trends, equipment and events. Claire Graves, executive director of the Webby Awards, described it as “setting the standard for innovation and creativity on the Internet.

“It is an incredible achievement to be selected among the best from the nearly 13,500 entries we received this year,” said Graves. The contenders came from 70 countries.

“As a small, independent publisher competing against large internally known brands, it’s truly fantastic to see our podcast honoured at this level,” said DeeperBlue.com founder and host of the podcast Stephan Whelan.

Divers can subscribe via the main podcast platforms – find out more here.

****  ON THE SUBJECT OF digital content Sharkwater Productions, the company formed by the late Canadian diver, eco-activist and film-maker Rob Stewart, has released his 2012 documentary Revolution for free online viewing until 8 May. The initiative ties in with the global programme of activities organised around Earth Day (22 April).

Revolution, the sequel to Stewart’s break-out film Sharkwater, follows four years of his sometimes life-threatening adventures through 15 countries on a mission to reveal how all human actions are interconnected.

“Revolution was the first feature film to platform the devastating effects of ocean acidification,” says Sharkwater Productions. “Climate change was well-known, but scientists were just realising that the effects would be much worse than ever imagined. We were in danger of losing the coral reefs, and potentially the entire ocean ecosystem.”