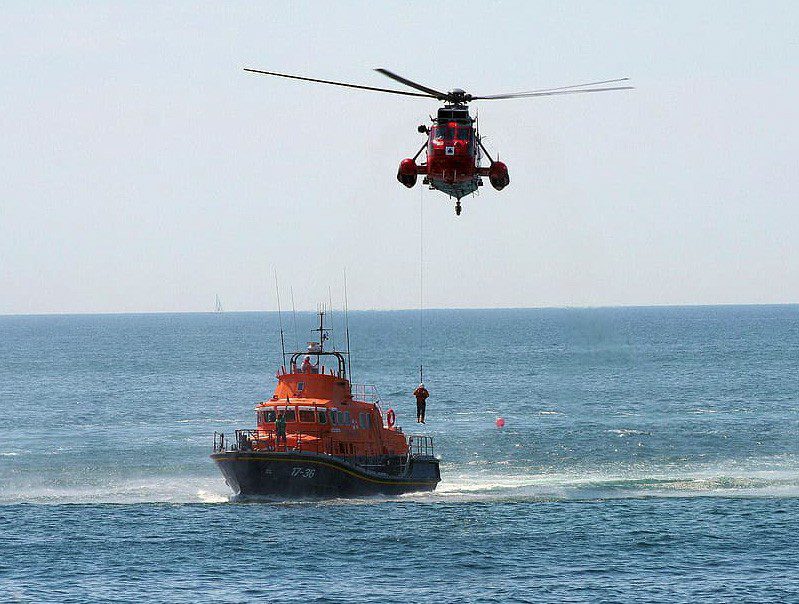 Two hapless scuba divers have been fined after demonstrating why the Coastguard has insisted that leisure diving should be suspended under the UK’s lockdown conditions.

The divers, who have not been named, were fined on the spot by police after triggering a major search and rescue operation. One of them had gone missing on a dive off Lyme Regis, Dorset on the afternoon of Saturday, 25 April.

Nearby vessels including HMS Tyne and two fishing-boats also assisted in searching for the missing man.

“The diver, who had been diving without a buddy, was found safe and well by the lifeboat from Exmouth shortly after 5pm,” reported the Coastguard. “He had surfaced safely but had lost sight of the dive-vessel after his line became detached.

“Both of those on board the boat had been diving as a leisure activity and were fined by police after being brought back to shore.

“The Government has been clear that during this coronavirus pandemic we need to #StayHomeSaveLives. Leisure diving is not essential and every 999 call made could put our frontline responders at risk of Covid-19 and places avoidable pressure on our vital NHS services. So please – stretch your legs but not our resources.”

Most divers appear to have observed the emergency rules, imposed at what would normally be the beginning of the UK diving season.

However, on 8 April one diver was found night-diving outside Poole Harbour in Dorset, as reported on Divernet,  while another diver trying to beat the ban under cover of darkness was spotted off Brighton a few days later.