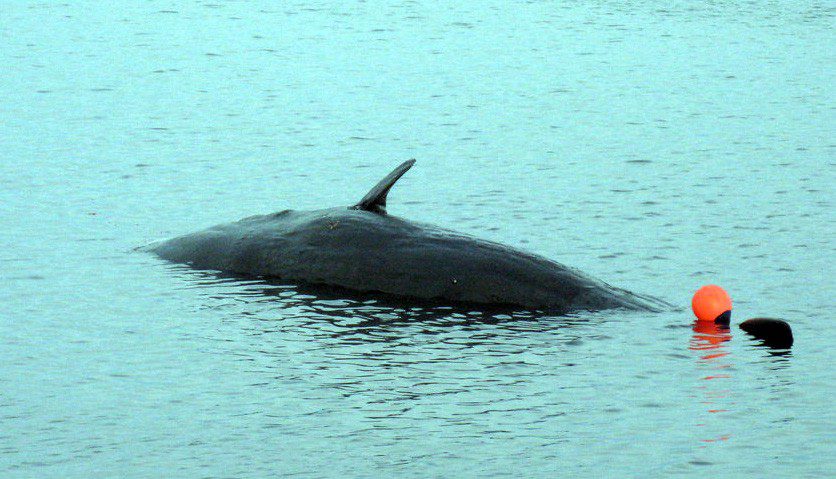 An MP has received cross-party support after calling on the UK government to stop the developers of offshore energy projects harming marine wildlife by detonating any unexploded ordnance that might lie in their way.

As many as 100,000 bombs and mines dropped during WW2 are estimated to remain in UK coastal waters, and commercial divers and drones come across them with increasing regularity as they scope out the seabed for development of wind and wave turbine projects.

The simplest solution has traditionally been to explode the devices where they lie, an approach known as “high-order disposal”. However, blast waves from such underwater explosions can injure or kill creatures including whales, dolphins and porpoises over a radius of as much as 15 miles, while at the same time releasing toxic chemical residues.

Cetaceans that are not killed instantly can suffer lesions, haemorrhages, decompression illness and deafness that leaves them unable to communicate or navigate.

Such marine explosions have been linked with a number of deaths. When 39 long-finned pilot whales were stranded in the Kyle of Durness in 2011 and 19 died, a government report concluded that the only external event with the potential to cause such a mass stranding was a munitions disposal operation.

John Nicholson, the Scottish National MP for Ochil & South Perthshire, now wants to see such explosions replaced by the less damaging technique of low-order deflagration. He told the Commons during a debate on the issue on 17 March that his call had been prompted by lobbying from TV personality and campaigner Joanna Lumley.

“In layman’s terms, this alternative system makes the bombs safe without blowing them up,” he said. “It allows a small charge to penetrate the bomb-casing without detonating it. That causes the explosives to burn out, and the device becomes safe.”

Invented in the early 2000s, low-order deflagration is now used by the Royal Navy, US military and 15 other navies worldwide.

“This system significantly lowers emissions and noise, thus reducing dramatically the danger to wildlife and the local environment,” said Nicholson. “Scientists calculate that for some of the larger munitions, low-order deflagration could be several hundred times quieter.”

The MP called on the Environment Department (DEFRA) and Marine Management Organisation to update their licensing regime to ensure that deflagration becomes the only option for munitions disposal in future – and for a reasonable timeline to be set.

“No one wants to see renewable energy construction delayed any longer than is absolutely necessary, but none of us wants to see a bloodbath on our ocean floors,” said Nicholson.