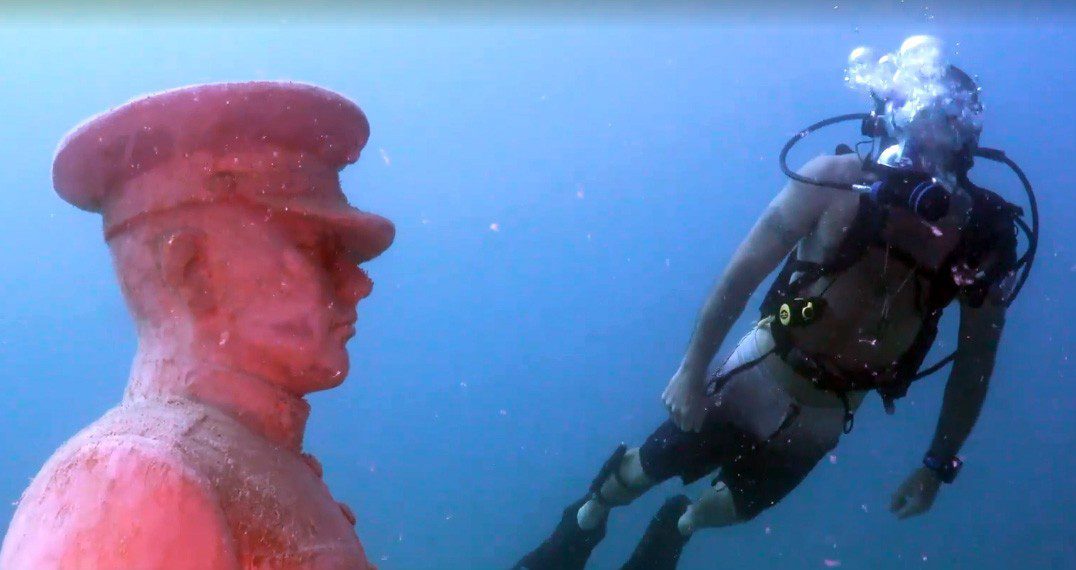 The first half of Circle of Heroes, the USA’s first underwater military memorial, has been unveiled off Florida’s Gulf of Mexico coast.

The installation consists of 12 life-size concrete statues, with a central monument bearing the bronze emblems of the five US Armed Forces represented – the Air Force, Army, Coast Guard, Marines and Navy. It is intended both to honour servicemen and women and provide a therapeutic site for veterans with disabilities who are able to dive.

It took nearly eight hours to lower the statues from a barge to the 12m-deep seabed, 10 miles off Clearwater near a site called Veterans Reef.

The first group of scuba divers has now visited the site, with one of those invited, US Army veteran Shawn Campbell, shocked to discover once under water that his name had been inscribed on one of the statues.

The intention is to install another 12 statues next year to complete the 30m-wide circle. Connecting cables will also be added to guide divers between the statues when visibility is poor.

The initiative has been financed through individual donors and local businesses and authorities, though further funding will be required for the second phase of the project.