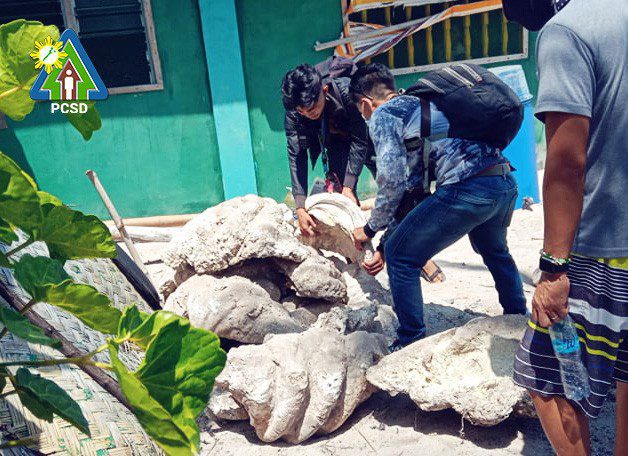 Some 136 tonnes of giant clamshells worth an estimated £18 million have been seized in scuba diving destination Palawan in the western Philippines, in what the authorities describe as one of their biggest-ever raids on marine poachers.

The operation was conducted on Green Island on 16 April by Palawan Council for Sustainable Development (PCSD) enforcement officers. They were backed up by national maritime police, coast guard and naval intelligence and security forces.

Shells discovered beside and in the sea included the world’s largest clam species, Tridacna gigas. Four men, named as Rodolfo Rabesa, Rey Cuyos, Julius Molejon and Erwin Miagao, were charged with violating the Philippines’ Wildlife Resources Conservation & Protection Act. Penalties range up to two years in prison and a 200,000 peso fine (about £3000).

The world’s biggest bivalve molluscs, giant tropical clams can grow to 1.3m long and weigh up to 250kg. Most species can be found in the Philippines, and the giant clam is CITES-listed as threatened.

Trade in these clamshells has spiked as demand replaces that for ivory, following a global crackdown on trade in elephant tusks in recent years. Palawan is regarded as a hotspot for poachers digging out the now-valuable shells.

The PCSD is charged with eradicating such illegal collection and trade. In March, another 80 tonnes of giant clamshells were seized by enforcement officers on nearby Johnson Island.