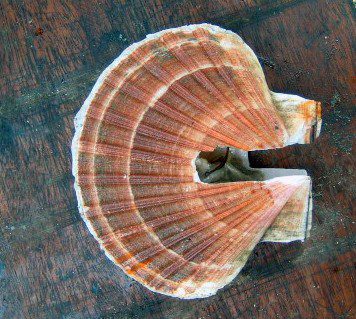 Metal pollution from historic mining appears to be weakening scallop shells and threatening marine ecosystems off the coast of the Isle of Man, according to a major new study by scientists at the University of York.

Their research suggests that contamination of seabed sediments with zinc, lead and copper from mining operations that peaked in the mid-19th century is causing the shells of king scallops to become significantly thinner and more brittle.

This leaves the shellfish more vulnerable to being crushed by crab and lobster claws. The findings were surprising given that the last major Isle of Man mine closed 112 years ago.

The researchers compared scallops collected from six Irish Sea areas around the Isle of Man over a period of 13 years. They exhibited normal shell growth and strength except in one area known to be contaminated with metal pollution, off the east-coast village of Laxey.

Analysis showed Laxey scallop-shells to be significantly weakened, and lethal damage rates were twice as high as in uncontaminated areas. Metal contamination is common in many of the world’s coastal areas, say the researchers, concerned that other marine molluscs such as mussels, oysters and clams, which together provide more than 25% of the world’s seafood, could be similarly affected.

Evidence of scallop-shell damage was found even in areas with contamination levels currently considered acceptable, they say, arguing that those levels should now be revised.

“The fact that comparably low levels of heavy-metal contaminations appear to affect shell structure and strength in such a potent way represents a challenge to marine-species management and conservation strategies,” said the study’s lead author Dr Bryce Stewart.

“This is particularly true given that the effects we observed are likely to be amplified in the future by ongoing human activities and climate change.”

The study is published in Science Direct.