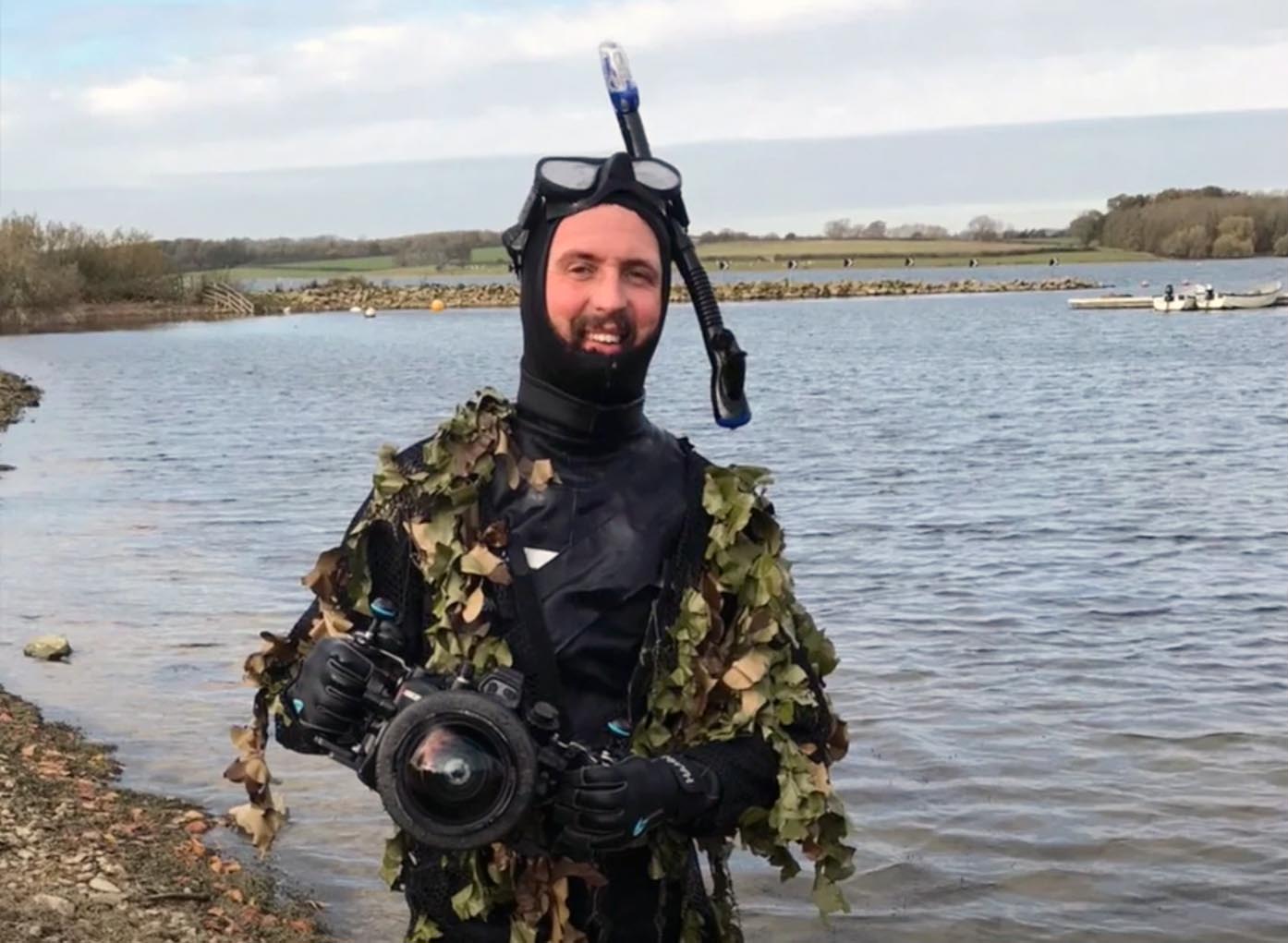 Freshwater wildlife cameraman Jack Perks is looking for backing from scuba divers and others for his latest project – a one-hour documentary film called “Britain’s Hidden Fishes”.

“We have many amazing wildlife spectacles on our doorstep all unfolding beneath the waterline and this film aims to showcase hidden, untold stories about British fish,” says the professional videographer and photographer.

“This is a once-in-a-lifetime opportunity to create a cinematic-looking film about some of the most incredible creatures we have in the British Isles – everything from tiny sticklebacks to behemoth basking sharks.”

Nottingham-based Perks, a DIVER magazine contributor since 2012, when he first wrote about the art of river diving, previously spent seven years on a quest to film every British freshwater fish as well as many marine species, using scuba and snorkelling as well as camera traps and pole-cams.

He also orchestrated the UK National Fish Vote (brown trout won), crowdfunded the films “Beneath the Waterline” and “Wildlife Exposed: Shetland Diaries”, has written two books on fish and has made frequent television appearances – although for “Britain’s Hidden Fishes” it is TV angling presenter Jeremy Wade who is lined up as narrator.

Exploring rivers, lakes, ponds and seas, Perks hopes to “film and document things rarely seen by the great British public, to interest them in something they didn’t realise was on their very doorstep, perhaps in the local canal or village pond.

“We have an extraordinarily talented crew of editors, composers, consultants and camera operators,” he says. “Depending how filming goes this may extend into the year after, so the film won’t be finished until at least 2022.”

While aiming for Blue Planet production values, Perks is hoping to manage the project on a crowdfunded £30,000 – “a tiny budget for a wildlife documentary”.

“We’ll be using high-definition underwater cameras, drones for a birds-eye view and beautiful, scenic cinematography,” he says. “It’s an all-or-nothing project as I want to make it right, so if we don’t hit the target it simply won’t happen.

“If we do reach and exceed the target it will open more doors such as extra time filming, more equipment and other narratives we can follow.”

To see a short video about the project, find out more or get involved, go to Indiegogo.