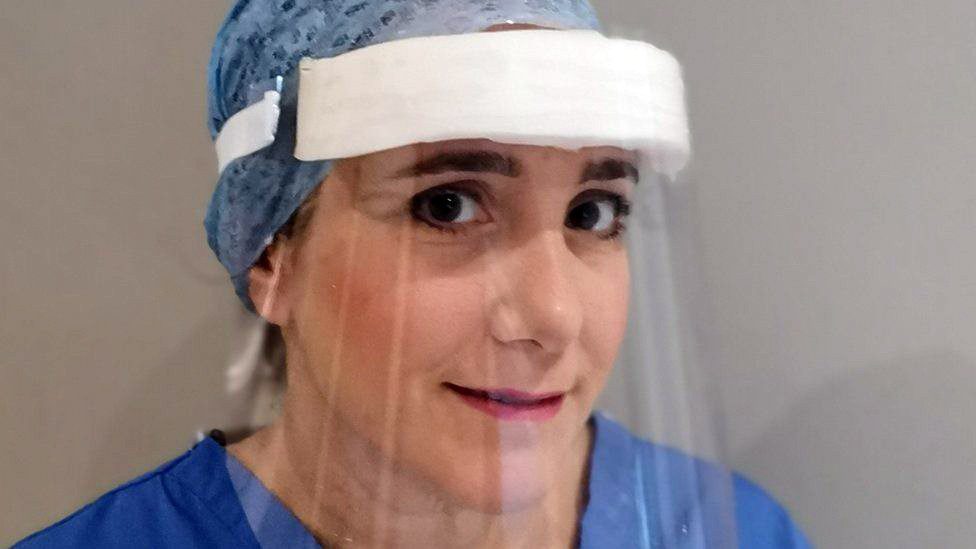 Diving doctor Deborah Braham has been named as the first of Emperor Divers’ eight Covid Diver Heroes. Each of the winners being chosen fortnightly until 14 June can look forward to a free liveaboard trip once they’re able to travel.

Emperor Divers launched the initiative in mid-February, as reported on Divernet, with the aim of recognising divers who had stepped up during the pandemic.

Dr Braham was nominated by her friend Dave Walker, who had met her on a dive trip to Tobago, and he explained how she had succeeded in creating “The Visor Army”.

“Deborah is an NHS anaesthetist and early on, when PPE was in short supply, she just went on WhatsApp and organised visors and more directly for her hospital,” Walker stated in his nomination. “Deborah just made it happen.”

He said that she had married another diver not long after they had met. “With her in the UK and us in Switzerland, we haven’t managed to meet up since she had children. Whatever, in Yorkshire speak, she’s a ‘lovely lass’ who definitely deserves a good holiday.”

Dr Braham’s visor initiative had been covered in a BBC news report at the time. “A doctor who urged volunteers to make visors for NHS staff due to a shortage at her hospital says she is ‘overwhelmed’ by the response,” it stated.

“Without [visors], doctors and nurses are at high risk of being contaminated by aerosolised particles containing the virus during procedures such as intubation or when they are caring for patients on ventilators.

“‘Initially it was just people I knew who came on board, then it was people I didn’t know,’ Dr Braham said. ‘Within a short time this whole thing had grown so big, with so many people wanting to help.’”

Within weeks of her appeal going out, more than 75,000 face shields had been produced in response.

Emperor says that is “in awe” of the quality of the 50-plus nominations received to date. “Dr Braham was judged to be the deserving winner of a Red Sea liveaboard trip and we have been in contact with her to arrange that,” it said.

With three Red Sea and four Maldives liveaboard trips to award to other heroes already or yet to be nominated, find out how you can take part at Emperor Divers’ website, and email queries or nominations here.