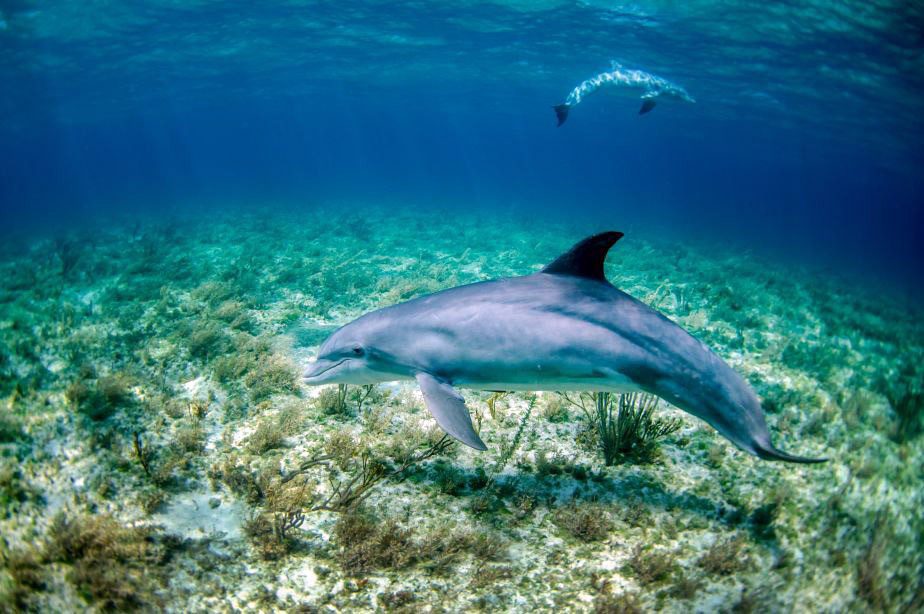 Divers’ chances of seeing dolphins in the Indian Ocean, whether above or below the surface, are dwindling by the year. The numbers of small cetaceans appears to have fallen by as much as 87% over the past 40 years – because so many are being caught in huge tuna gillnets.

“We combined results from 10 bycatch sampling programmes between 1981 and 2016 in Australia, Sri Lanka, India and Pakistan to estimate bycatch rates for cetaceans across all Indian Ocean tuna gillnet fisheries,” said Dr Puti Mustika of Australia’s James Cook University. She was part of an international scientific group studying tuna-gillnet bycatch, led by Dr Charles Anderson of Manta Marine in the Maldives.

“The vast majority of the cetacean bycatch is dolphins. Estimated cetacean bycatch peaked at almost 100,000 a year during 2004−2006, but has declined to 80,000 animals a year, despite an increase in the tuna gillnet-fishing effort,”

The figures were if anything likely to be substantially higher, because they took little or no account of delayed deaths of dolphins, porpoises or whales escaping injured from the nets, or caught in ghostnets.

“The declining cetacean bycatch rates shown by what we can measure suggest current mortality rates are not sustainable,” said Dr Mustika, acknowledging “the political reality that hundreds of thousands of relatively poor fishermen and their families rely on gillnet fisheries”. The UN high-seas gillnet ban was difficult to enforce and the nets were permitted in territorial waters.

The study called for improvements in monitoring, analysis and management and for changes to fishing practices if dolphin numbers were to recover.

The nations calculated to have the largest cetacean bycatch in descending order were Iran, Indonesia, India, Sri Lanka, Pakistan, Oman, Yemen, the UAE and Tanzania.