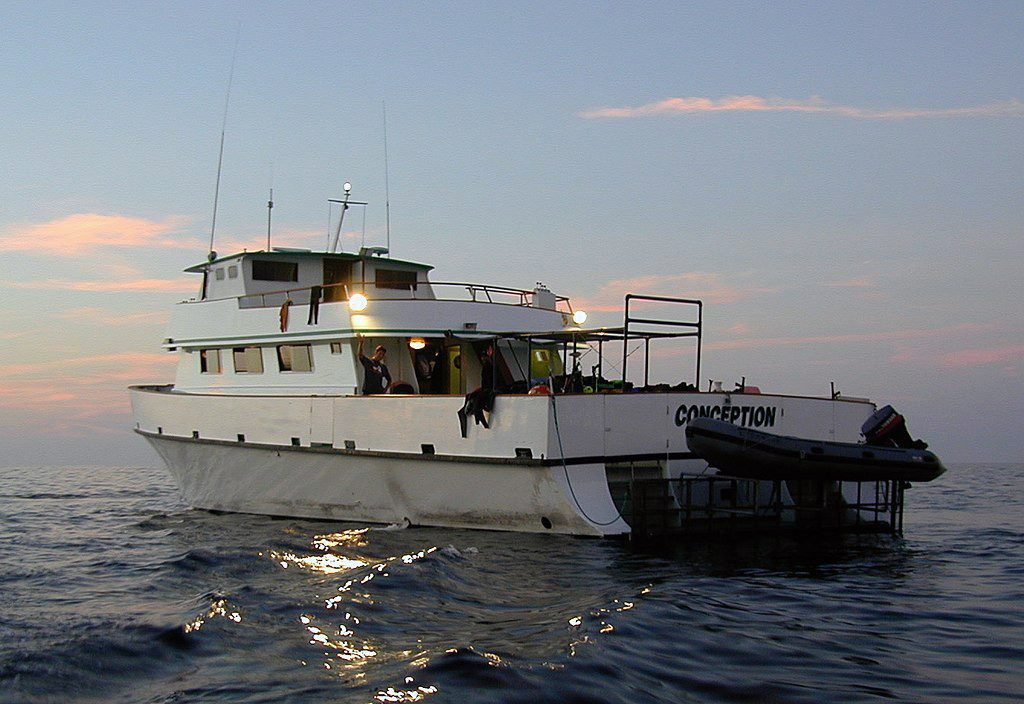 The crew-member who broke his leg while escaping from the Conception liveaboard fire that killed 34 people in California is suing the boat’s owner Glen Fritzler, his company Truth Aquatics and dive-charter company Worldwide Diving Adventures.

Ryan Sims’ lawsuit was filed 10 days after the fire, on 12 September, at Ventura County Superior Court, according to US press reports.

Sims, who had been working on the boat as a steward for only three weeks at the time of the fatal incident, is alleging unseaworthiness and general maritime negligence and seeking punitive damages, medical costs and legal fees under the USA’s Jones Act.

He alleges that Truth Aquatics failed to properly maintain the vessel, to train its employees, and to provide adequate safety equipment and regulations, stating that the vessel was operated in “an obvious dangerous condition” and that it lacked adequate means of escape.

Sims says that he had found himself trapped by fire after being woken by noises while sleeping on the vessel’s top deck. He, the captain and three other crew had been forced to jump down to the main deck, causing him to fracture his leg in three places and to hurt his back and neck, requiring extensive medical treatment.

He claims that he has not been paid “adequate maintenance and care” by Truth Aquatics following his injuries.

Within a few days of the incident Truth Aquatics had itself filed in court, invoking an old maritime law to limit its liability to pay compensation to victims’ families, as reported on Divernet. Preliminary findings on the circumstances of the fire by the National Transportation Safety Board have also been reported on Divernet.

Kristy Finstad, co-owner with her husband of Worldwide Diving Adventures, which is also cited in the lawsuit because it had chartered the Conception for the three-day trip, died in the fire.

Sims’ lawyer has stated that while his client had suffered “serious physical and psychological injuries” he didn’t want to draw attention away from the “suffering of 34 families who lost loved ones”.

“We find it hard to believe based upon what we know that the company had no knowledge that Conception failed to assign a night-watchman and that the vessel was dangerously undermanned,” he has stated.