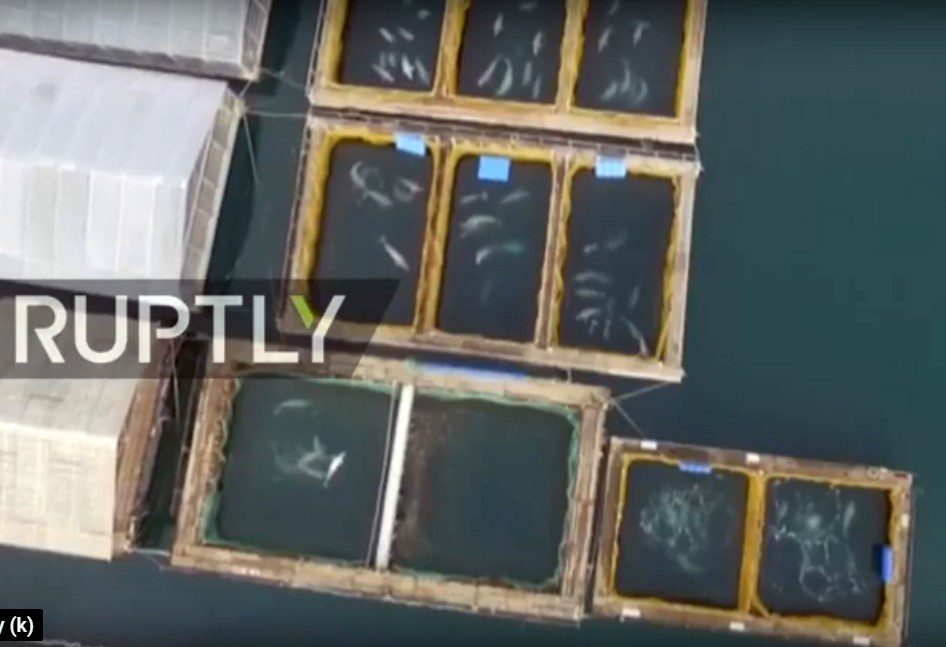 Russia’s government is reported to have ordered that nearly 87 beluga whales and 11 killer whales confined in cramped pens should be released – a decision that coincided with a recent visit to their enclosures by US oceanographer and diver Jean-Michel Cousteau.

Drone images of the whales and orcas, held captive in the eastern port city of Nakhodka in the Sea of Japan, were released last year by video news agency Ruptly.

Four companies had captured the animals to sell on to Chinese aquariums, but amid international condemnation of the “whale jail” conditions under which they have been kept, local authorities have been told by the Kremlin to organise their rehabilitation and release.

Scientists from Cousteau’s team are now said to be working with Russian scientists to decide on how best to implement the order, as immediate release into the wild could prove damaging to the animals. A facility is being set up in which the conditions are as close as possible to the whales’ natural environment, so that sick animals can be treated and rehabilitated before their release.

Charges of breaking fishing laws were brought against the whales’ captors by Russia’s FSB security service two months ago, but since that time there had been delays in deciding what to do with the animals.